The rise of Creeper to rock stardom is highlighted in an excellent moment by frontman Will Gould halfway through their headline set at the Electric Ballroom in London.

They first played The Old Blue Last & the fans sold it out. They then played the Camden Barfly which also sold out so they upgraded it to the Underworld which also sold out. He goes on to say that they were sure they couldn’t sell the Ballroom out but here we are. A sold out Thursday night of melodramatic rock music with some of the catchiest choruses this side of late 90s/early 00s AFI.

All of this with only their debut album out one week ago (Check out our review of the album here).

Creeper are here, Creeper are the real deal & it’s time to start realising that this cult can’t be stopped.

The excitement in the air as the lights drop & the opening of Black Rain kicks in is infectious. The band come racing out & knock out Black Rain & Poison Pens off the debut album in quick fashion. It’s not the best start unfortunately with Gould’s vocals overpowering most of the music but it’s fixed quickly enough.

The first half of the set list is filled with some of Creeper’s bounciest beats & feel good songs. The crowd are eating up every moment up singing along in perfect harmony. It’s during Suzanne that you realise just how dedicated Creeper fans. The Creeper Cult moniker is an apt title & as someone who enjoys their music but doesn’t think it’s the best thing ever, watching fans almost in tears is quite something.

That’s not a slur, love what you love & if you feel passionate about it, let it show. I think it’s wonderful to see music touch people in this way, I just don’t quite get it. Good songs, often great songs (Down Below & Hiding With Boys are the highlights of the set) but not life-changing music. At least for me but for many in attendance this is a pivotal moment for them.

It’s heart-warming & a fantastic reminder that rock music will always elect strong emotions. Based on fan reaction alone, Creeper really are the next big thing. 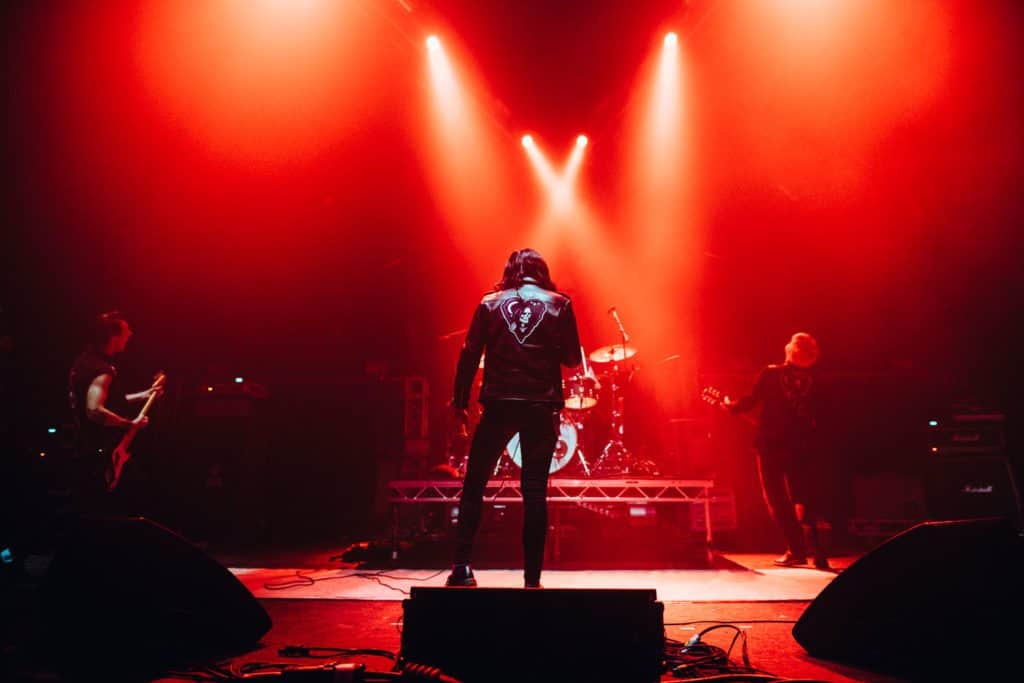 Unfortunately the acoustic guitar/Hannah Greenwood vocals only song, Crickets, halts the momentum & it never really recovers afterwards. It’s a nice song but as one of three ballads in the second half of the show it’s just too much.

It coming only a few songs before I Choose to Live really dented the latter’s impact. It still sounds great & creates many levels of emotional outpouring from the crowd. Particularly as this is the final song of the main set.

The band leave the stage briefly before returning to chants of “Creeper, Creeper”. They fly straight into VCR before ending the night with fan favourite Misery. The crowd sing most of the ballad allowing the band to drink in the atmosphere instead. By the smiles on their face they seem satisfied by the adoration they receive.

Creeper have set the bar for themselves tonight. From this point onward the sky appears to be the limit. In a few years time there is no doubt they will be headlining the likes of Brixton Academy. The cult is growing.