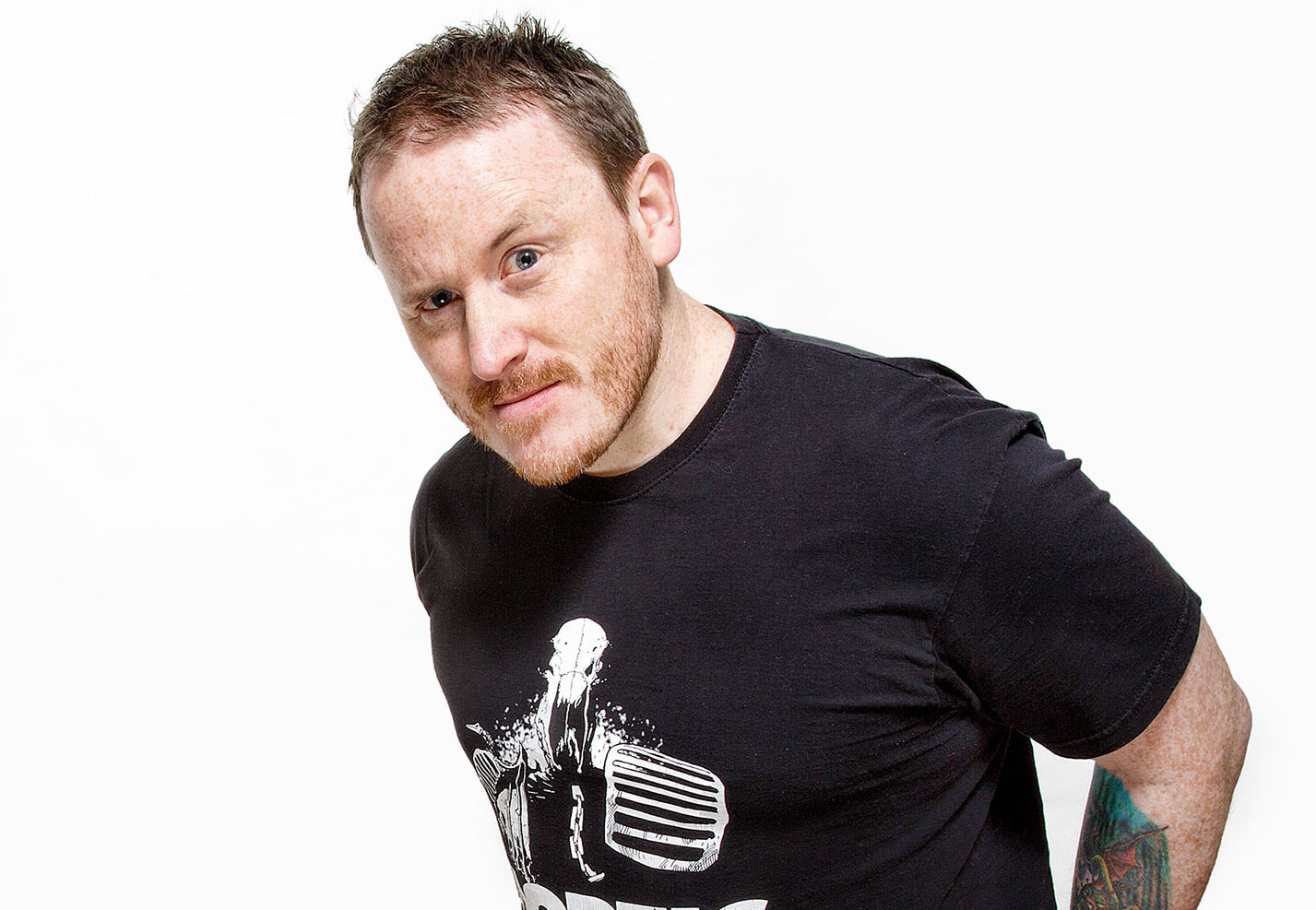 There’s no left to protect us from what works in the dark. There’s no Hellboy, no Mulder and Scully, no Torchwood or Men in Black coming to save us. The monsters have won.

Our world now belongs to them.

Realm of the Damned is a graphic novel that combines horror, ancient mythology & heavy metal. A mix that works incredibly well together & alongside Pye Parr, Alec Worley has created a sensational piece of work that is violent, dark & depraved. An excellent combination and you can read our review here.

Alec was kind enough to answer a few questions for us regarding the graphic novel. 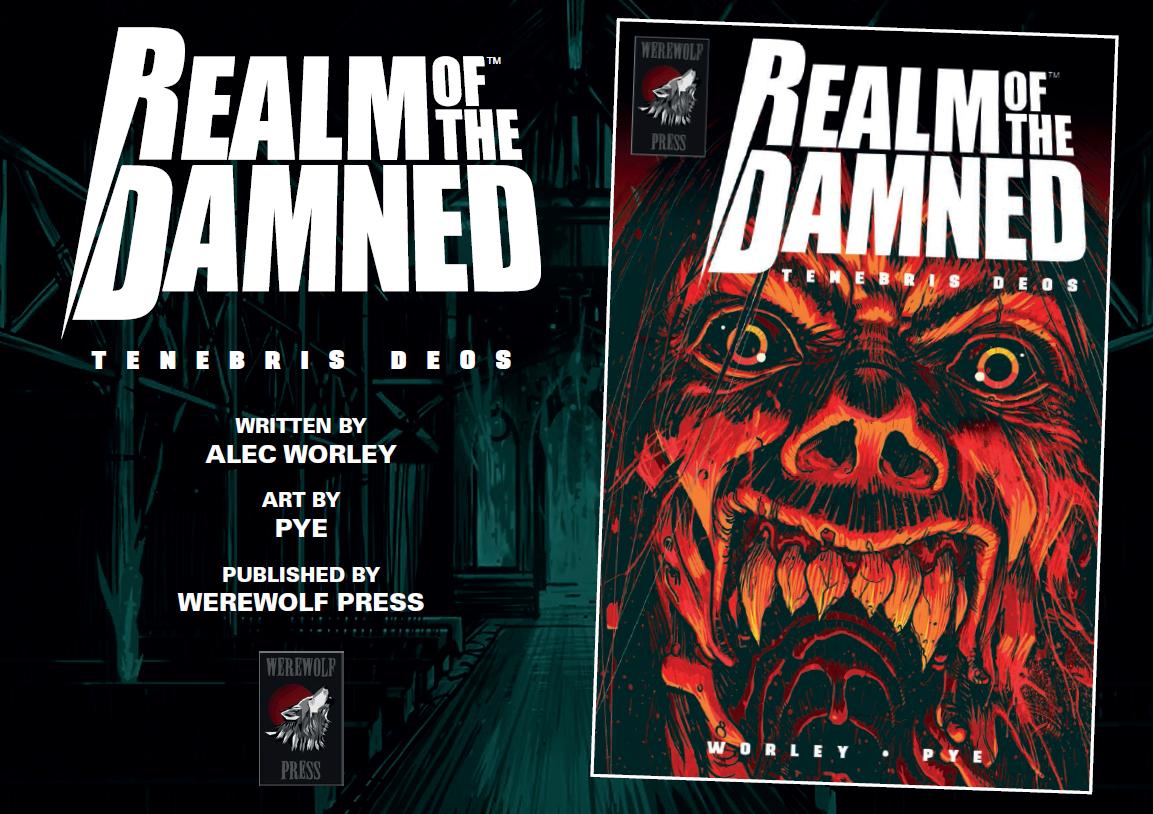 1. How much of the story & artwork was inspired by heavy metal? I can see the links in particular with the black metal culture of Norway & incidents that occurred in the early 90’s.

This book was conceived 100% with metal in mind! The fans, the heritage, the themes, everything! Specifically the Norwegian Black Metal scene from its inception with the Vikernes/Euronymous feud, the church burnings and wotnot. Steve Beatty – bass player for October File and whose pet project this is – should really take a story credit here, as the metal angle was entirely his idea. The initial idea was really just to do a horror book, but it was Steve who focused the whole thing through Black Metal. And for me that just made the whole thing click, tapping into all the themes of folklore, paganism, violence, crises of faith, etc that run through the genre and making this the kind of story that would be sung about by, say, Bathory or Emperor – or indeed the Sons of Balaur. 😉

2. In one image Balaur looks kind of like the infamous Varg Vikernes/Count Grishnackh picture of him holding a studded club. Coincidence? Or was that the look you were going for?

We were totally going for that look. Me and Pye made up a Pinterest board of visual references, so we had all the stuff like the spiked maces, the wrists spikes, etc. We wanted to tell a story that used all those trappings, and which tried to imagine what a world full of monsters would be like if imagined through the filter of Black Metal.

3. When telling a story about fictional characters that have been used quite a bit over the many years (vampires, werewolves, Van Helsing) how did you plan to keep it fresh?

Tricky. I mean, the ‘monsters walk among us’ genre has been doing the rounds in horror since at least the 70s with Interview with a Vampire, then through the World of Darkness RPGs, which influenced the Blade and Underworld movies. As well as the metal angle, there were two other original angles I wanted to pursue with this. First was to take the trope of the covert monster-busting organisation a la Hellboy’s BPRD, the X-Files, Men in Black, etc – in our story they’re a wing of the Catholic Church called The Congregation – and wipe them out. Essentially imagine a world in which the good guys lost. The second was to concentrate not so much on this ginormous world but on a handful of characters, and explore their pathologies – all of them psychotics or extremists of some kind.

4. The Egyptian part of the story is really surprising & very interesting. Do you have an interest in Egyptian mythology? What fascinates you the most?

Queen Nemetari’s probably my favourite! I’m not actually that familiar with Egyptian mythology as I am with Greek or Norse stuff. But with her I really wanted her to represent an aspect of this awful world. So you’ve got La Bete, the werewolf king who’s completely failed to adapt to the world since the downfall of the Congregation. But Nemetari – the oldest of them all – has actually carved a little niche for herself. I did loads of research into Egyptian culture, even studied the way Egyptians tend to speak, in this really excitable hyper-fast mode. You’ve got to pay attention to phrasing in comics as it’s such an important channel in terms of getting across character. And I just really like how she ended up, just this foul-mouthed, hot-headed psycho with maybe a bit of an inferiority complex. As a horror fan I’ve never seen a mummy played as a gangster, so that was all the more reason to do it.

5. Finally, are we going to see more of this world?

Yes, I’m working on book two right now, but can’t say too much more than that.

If you’d like to know more about the graphic novel or purchase it yourself please click the link to be redirected: www.realmofthedamned.co.uk