That’s the box art description for The Undertaker & His Pals, quite simply the best thing about this entire movie. 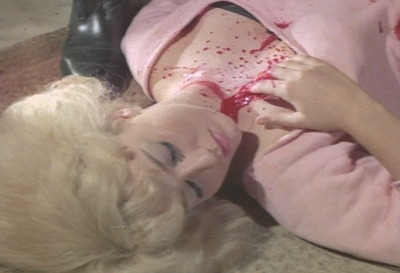 A pair of local café workers spend their nights trawling the streets attacking & killing local women. They chop them up & serve the meat to their customers with the remains of the body being used for the local undertaker to overcharge grieving family members.

Shady Rest funeral home promises a dignified burial provided you don’t read the small print. Mort, the undertaker, offers services that seem too good to be true & once the bill is delivered they often turn out to be.

It seems like the perfect set-up, that is until Harry Glass’s receptionist becomes one of the many victims. Determined to find out who is responsible Harry begins to suspect all is not right with the undertaker, Mort especially when he uncovers the extra charges that come with a burial!

The Undertaker & His Pals is a horror-comedy that is very light on laughs. The obvious jokes (her name is Lamb so when she is served up, she is a leg of lamb…hur, hur) are rarely even slightly amusing & there is a kind of desperation for the joke to be realised by the viewers. Characters will stare directly at the camera after a gag as if to say…do you get it?

In another situation the film even makes use of a ‘Wah Wah Wah Wahhhh’ sound effect to highlight a supposed amusing skateboarding accident. 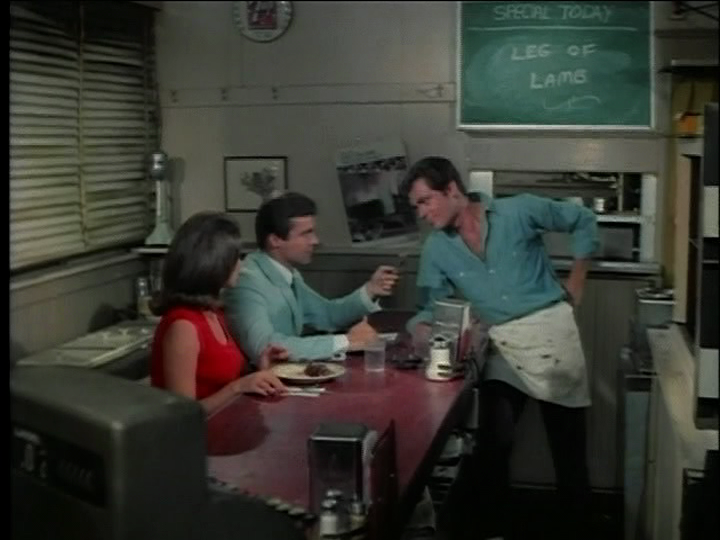 The gore is very light but good to see, blood has that bright red colour that often shows a films age. These moments are dragged out in unintentionally hilarious fashion as our group of murderous bikers approach their latest victims. In one case they advance super-slowly while she cowers up against the wall not once uttering a sound, never screaming for help or trying to get away. It’s just so stupid but that was how a lot of women where portrayed in early horror so it’s hard to slam the film for this alone.

The plot is paper-thin & the acting pretty diabolical, the women in particular are terrible. The silliness of the movie fails to overtake the poorly written script & characters & its short run time (62 minutes) seems to last for a lot longer.

The Undertaker and His Pals