Slumber is a supernatural horror directed by Jonathan Hopkins and co-written by Richard Hobley and Hopkins. A movie that is 84 minutes long with only about 20 minutes of actual content. Is it the worst supernatural horror you’ll ever see? No, not even close. However, it’s so bland & trips up so many times that the moment it ends, you’ll have forgotten it already.

Beginning in the worst way possible, we see a young boy get out of bed to talk to someone unseen. Well, I say unseen but the film quickly makes sure you know this is supernatural as a shadowy figure is seen twice. Neither is effective.

The boy’s sister, Alice wakes & believes he is sleep-walking. Before she can wake him though, he freaks out trying to get away from something resulting in his death.

Many years later, Alice is now a sleep doctor & played by Maggie Q. She has a young daughter & a husband who is so forgettable he could have been played by 6 different actors & you wouldn’t have noticed. 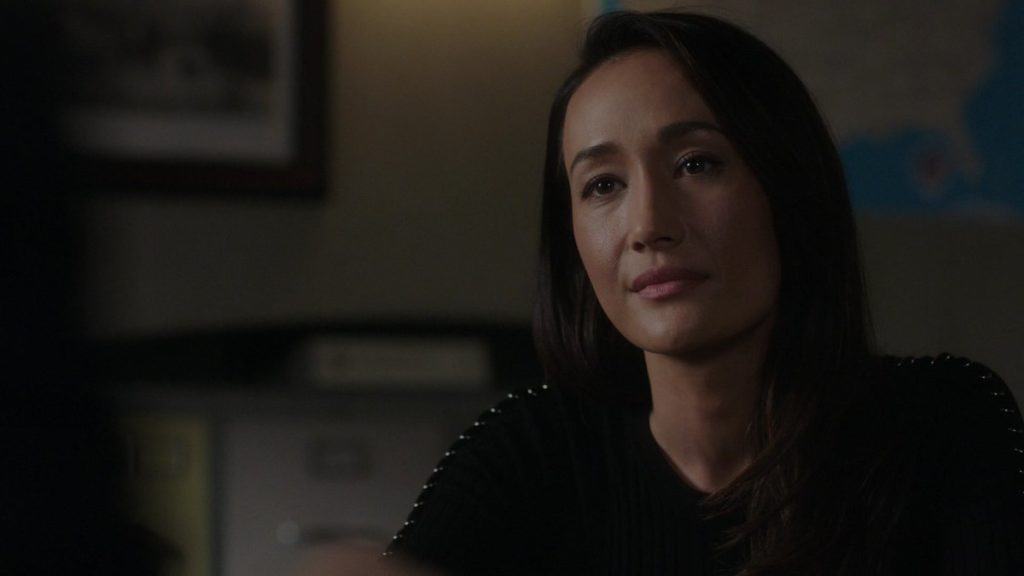 The film finally gets going when a family, two children & two adults come to the sleep clinic as they are all suffering from sleep-walking. One, the young boy is having bigger problems though, suffering from extreme sleep paralysis. He claims that a monster is coming for him but of course, no one believes him.

Alice seeing similarities between the boy & her brother so decides to help them out in hope of curing their issues. Something that will test her beliefs to the limit. 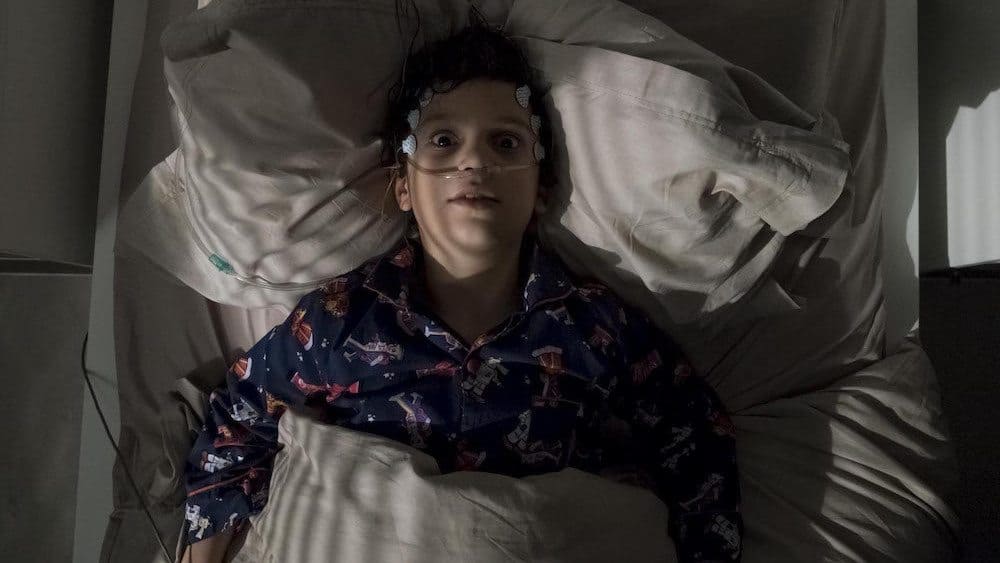 Same old, same old. The sleep part of the story might be different but it plays out in the same way as most supernatural horrors. It’s not particularly interesting & only the acting of the family in peril makes it even worth caring about.

Slumber will make you sigh so many times because of just how idiotic & lazy it often is. Let’s look at the most glaring issue, the sleep clinic. No-one seems to work here at night except Alice & her colleague Malcolm. You’d expect a skeleton staff for sure but just two people & the same two people who also worked during the day!? No wonder Alice keeps falling asleep while monitoring patients.

It’s infuriating as these patients, here because they sleep walk/suffer sleep paralysis & are potentially a danger to themselves, are left unmonitored & allowed to wander around freely. All so we can get lazy jump scares! Whatever research is taking place at this clinic these doctors don’t seem to care.

This hardly endears you to Alice, not that it matters though as Maggie Q sleepwalks her way through the role. She puts about as much effort in as the ‘monster’ here. A villain that seems next to useless a lot of the time. What is good though is that it’s never really seen until the finale, it adds a bit of mystery to it. 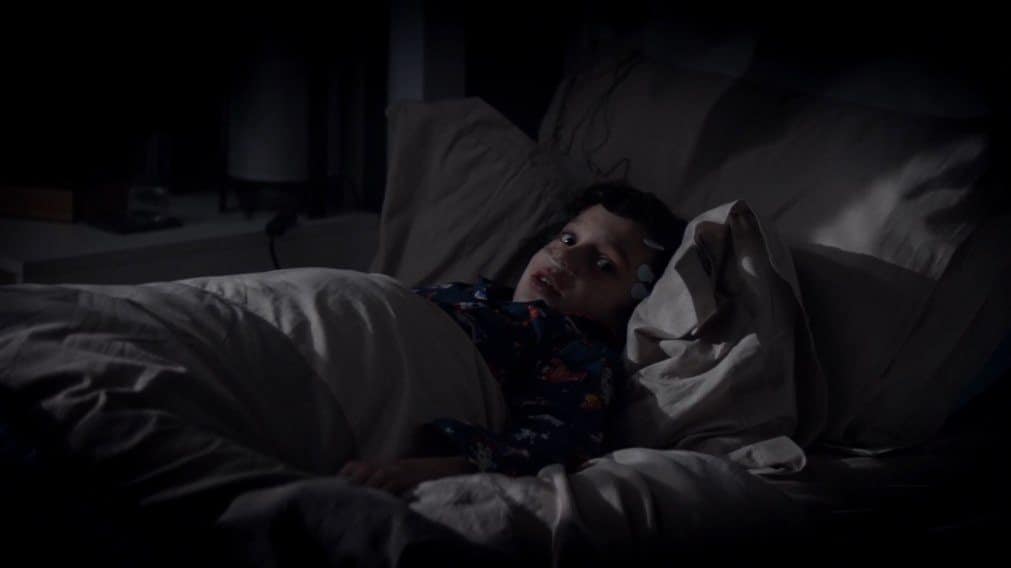 Slumber has many problems but it’s not without some positives. As mentioned above some of the acting is pretty good. The sleep-walking scenes are very well done & there are some effectively tense moments involving these scenes. Cinematically, the film looks good & there are some interesting shots.

Unfortunately, it runs out of ideas early on & spends a lot of time repeating the same dream sequences over & over again. Probably to pad out the run-time. The ending is slapped together suggesting that there was no clear idea of just how to finish. A random new character (who is far too similar to a certain Poltergeist character) is introduced who just happens to know all about the monster. Convenient…