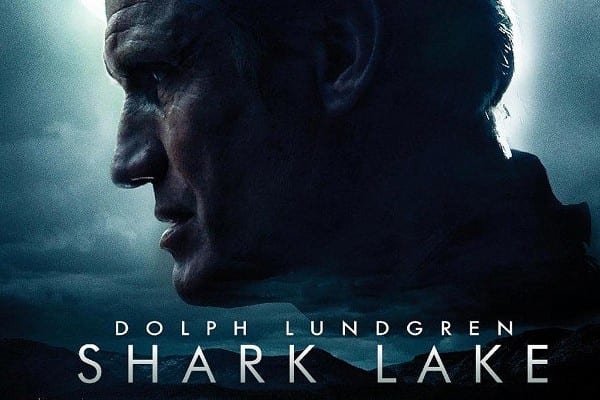 The unimaginatively-titled Shark Lake is another in a long line of ‘shark’ movies made on the cheap and putting in as little effort as possible. Unlike many others in this sub-genre of horror, Shark Lake doesn’t play it for laughs. No, instead we have a serious shark movie that desperately wants to be Jaws but falls woefully short.

Clint (Dolph Lundgren) is an exotic animal smuggler who is about to be arrested by deputy Meredith (Sara Malakul Lane). He manages to escape but is forced to leave his young daughter behind. Meredith pursues him resulting in Clint crashing in a nearby lake. She arrests him but later realises his child has no parent now.

Fast-forward to five years later and Clint has been released from prison. The first thing he wants to do is reconnect with his daughter who has since been adopted by Meredith. She is against him seeing his own child and does everything in her power to stop him including breaking the law. However, the pair will be forced to team up when it is revealed that the lake has a shark infestation now caused when Clint’s van crashed into the water years before.

Heroes will be made, redemption will realised and blah, blah blah.

It’s an incredibly tired and bored story. Something that has been done to death already with Shark Lake offering zero new ideas. Hilariously, the movie drags its heels for such a long time then, as if the film-makers themselves got bored, the final 10 minutes packs in so much and then it abruptly ends.

There’s a general feeling of relief when it does end too. Not just because the story is so rubbish but because of characters and the actors portraying them.

Sara Malakul Lane’s Meredith is so unlikable, it has to have been on purpose. She’s a terrible cop and the lengths she goes to stop a child’s biological father from seeing his daughter is extreme. It’s simply impossible to be on her side here. It doesn’t help that Lane’s portrayal is average at best too.

The more likeable character is Clint, a man who has made mistakes and wishes to make up for them. However, while his character is decent, Dolph Lundgren looks like he would rather be anywhere else. During some scenes you can literally see the lights turning off behind his eyes.

With so much screen time dedicated to these two, it makes Shark Lake even more of a chore to sit through.

Considering the title is ‘Shark Lake’ there is actually very little shark to be seen here. When a glimpse is given, you’ll wish they hadn’t bothered as the CGI effects are embarrassingly bad. Terror? That only comes from seeing how much running time is left on this film.