Octaman is a 1971 movie that sees a rubber suited humanoid octopus attacking a scientific expedition. The group led by Dr. Rick Torres (Kerwin Mathews) and Susan (Pier Angeli) find huge amounts of radiation in the local waters of a Mexican fishing village.

They find a mutated octopus that can crawl on land and hope to be able to gain funding to study the waters. Unfortunately for them they don’t get the reception they were hoping for. Perhaps better proof of the radiation’s effect is what they need. Good thing a seriously mutated Octaman has surfaced! 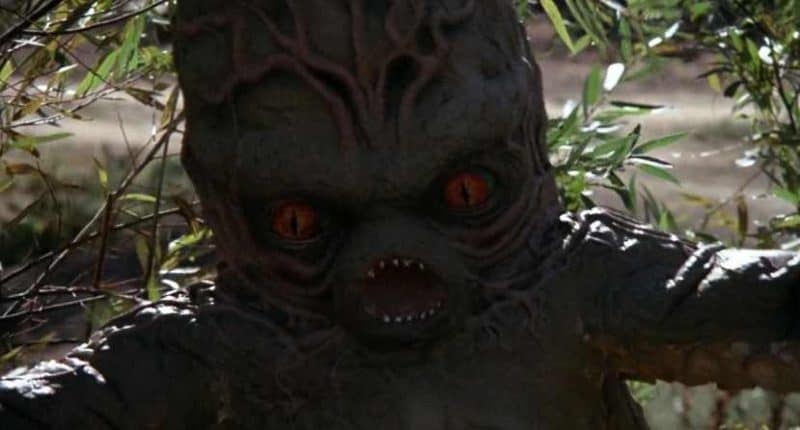 The cheapness of the film isn’t really a problem. It’s a 1971 low-budget monster flick so you have to know what to expect. What is the problem though is how serious the movie chooses to take itself with some dry dialogue and lengthy talky bits.

It runs out of ideas so quickly that massive portions of the film are bogged down by absolutely nothing happening. Chunks of the movie are mind-numbingly boring and forgettable. It’s not like the characters are developed enough to be worth caring about and while the acting is ok, the real star is the Octaman.

Let’s get this out of the way, the monster is pretty terrible looking. While it’s supposed to be a humanoid version of an octopus, it’s not a great suit. The way the actor moves in it also doesn’t help. Slow and with a bounce that makes it seem like gravity is an issue, when it attacks it looks even worse. Clearly the arms don’t quite fit the length of the tentacles so when attacking they just get waved around embarrassingly. Characters have to pretend to be in mortal danger as the floppy tentacles harmlessly brush against them.

If you can overlook all of this. The forgettable story, the bland characters, the low-budget visuals, the bad costume then maybe you can find something to enjoy here. It’s a stretch though.