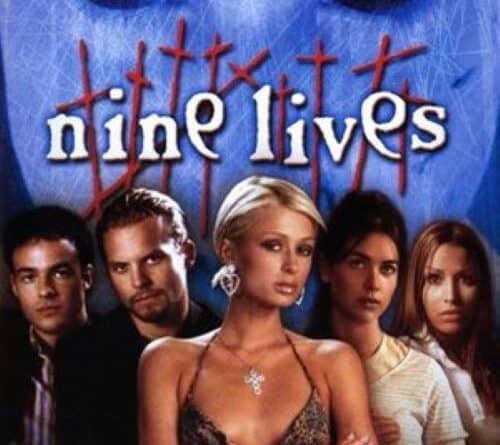 Nine Lives doesn’t care about anything but making sure you know it stars Paris Hilton. Its marketing was all about pointing her out and screaming “look, Paris Hilton is in our horror movie”. Which is really strange as while the socialite has been in a few horrors to date, she’s not exactly a good actor.

So, considering she is an important part of Nine Lives, how is she here? Truthfully, she is fine. Simply because it’s an easy role for her to play. A rich and spoiled American socialite who lacks social skills but has still somehow ended up with a group of friends. She’s also the first character to die. 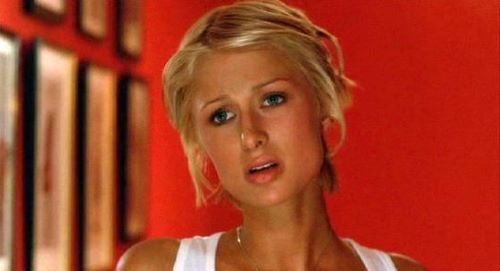 So now that we’ve established just how important Paris is, what about the rest of the film?

It’s not good at all but has some late nineties/early noughties low-budget slasher charm to it that might make a few people feel nostalgic.

Tim (Patrick Kennedy) has money and happens to have a mansion in a remote part of Scotland. He has invited eight of his friends to spend the weekend with him celebrating his birthday. 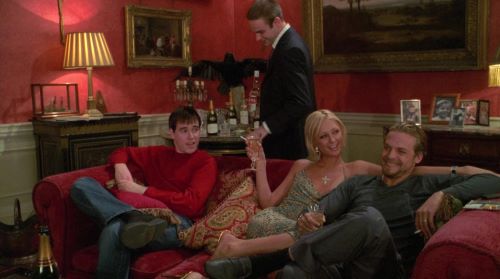 The first third of the movie is entirely about the characters which would normally be praiseworthy if we actually had characters here. The film confuses people talking constantly as detail and by time the evil book that is integral to the plot is found, no-one will be any the wiser about who is who. Although the average cast don’t exactly help matters. Say what you want about Paris, at least we know who she is.

Anyway, as a snowstorm arrives to add even more isolation, Tom (Lex Shrapnel) finds an old book hidden in a hole behind a bookcase. It details the death of a Scottish lord named Murray who may have been into black magic. So much so that he found a way to put his spirit into the book and upon opening it, Tom is possessed by the spirit and goes on a killing rampage. 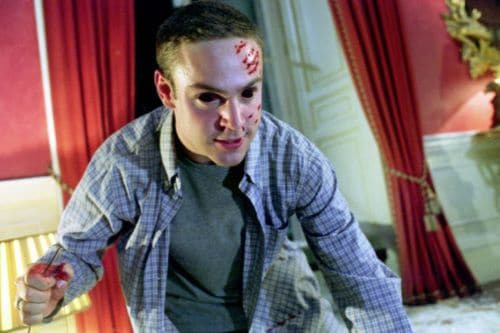 Standard stuff it would seem. However, Nine Lives tries to differentiate itself from the pack by adding in this caveat. Should the person who is possessed be killed by another, the spirit can jump into the new person and so. This should add a level of intrigue as the surviving characters are unaware of just who they can trust. However, the movie handles this aspect so poorly as those who are possessed have jet black eyes and do little to hide their murderous ways.

Not that the possessed need to do much to actually kill their victims as our surviving cast love to wander the halls of the mansion and not utilises the many weapons they’re surrounded by. 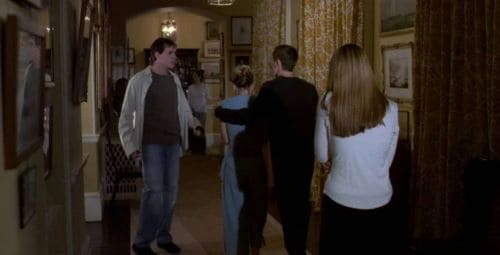 If this sounds like a lesson in frustration, you’re bang on. Barely a few minutes will pass before yet another groan-inducing part occurs. There are so many drawn out and boring scenes. At 85 minutes long, it’s 25 minutes too long. The nostalgic charm begins to wear off and all your left with is a vapid and empty z-list slasher horror.