Donald is sick of his wife’s food, all she makes him is fine cuisine when all he wants is some good old fashioned baloney & cheese sandwiches. One night the pair row about her latest meal resulting in Donald snapping & murdering her.

The next morning he doesn’t remember what happened the night before so is shocked when he finds his wife, May inside her super-deluxe microwave. He takes it all surprisingly well & ends up deciding to cook her in it.

Turns out that May tastes delicious so Donald doesn’t stop there. He starts bringing people home all with the intention of serving them up as wholesome meals. 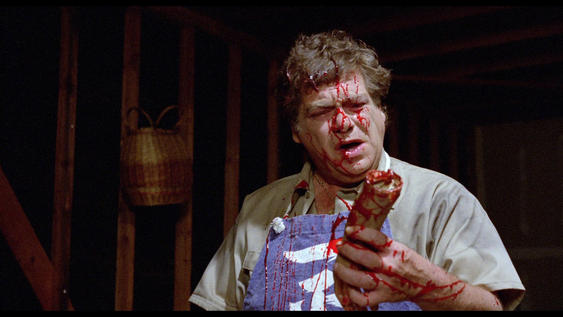 Microwave Massacre is a horror comedy filled to the brim with terrible puns. Almost every other line spoken by Donald is a pun delivered in the most blasé, uninterested fashion. It’s surprisingly charming though & makes for a very memorable character.

It’s an entertaining watch even though it’s light on actual gore. The slaughter just isn’t shown instead choosing to cut away. It’s a pity because as the film progresses Donald’s hunger grows & grows resulting in some very fun deaths. One such death sees him spreading some sort of butter over a naked woman before putting her in a giant sandwich!

Eventually Donald’s relaxed attitude about killing sees him take things a step too far when he kidnaps & holds May’s sister hostage (he can’t eat her as she disgusts him). 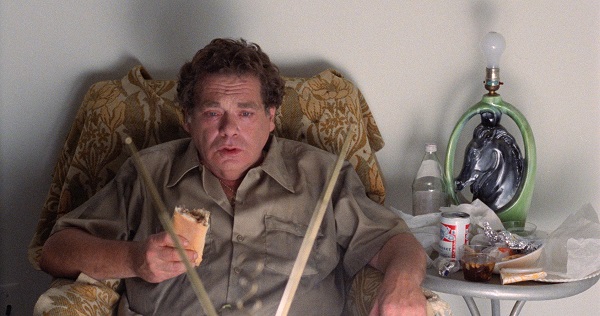 One night his friends from work, having enjoyed some of Donald’s culinary delights arrive to take him out only to discover him dead on the floor. Inside the microwave they find all manner of human parts & it is revealed that the microwave shouldn’t be used by people with pacemakers, something Donald had.

A final shot of May’s dismembered head in the fridge implies she got her revenge from beyond the grave! Did she buy the microwave knowing it would eventually kill her husband?

It’s a short film that has its tongue firmly planted in its cheek, never taking itself seriously for even a second. Watching it with that in mind ensures that it is a far more enjoyable even if it a pretty terrible film.