Written by Tracey Morse and directed by Rand Vossler. Going under multiple names, you can watch this Evil Dead inspired horror as Haunting at Foster Cabin, Demon Legacy or See How They Run.

The premise is horribly uninspired, seeing a group of women heading off to a secluded cabin for a weekend of drinking. They then mess around with a Ouija board and unleash a demonic force.

It’s about as exciting sounding as watching paint dry but under the surface is a surprisingly campy and entertaining horror flick. 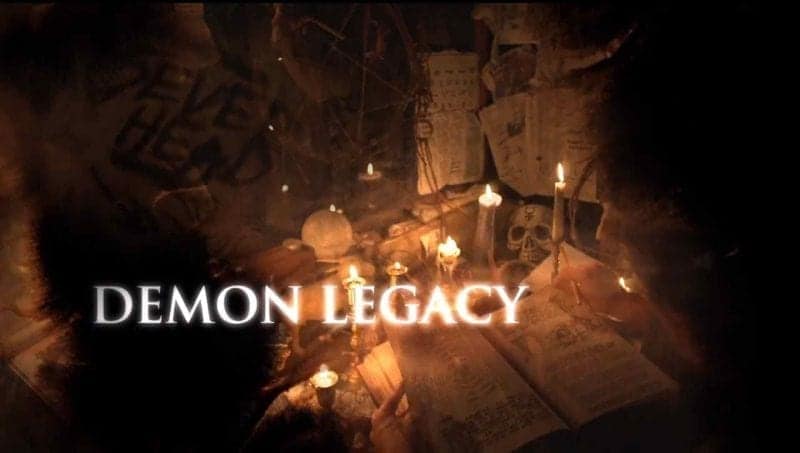 We’re introduced to Michelle (AnnaMaria Demara) who has gone through a difficult breakup with her boyfriend, Randy (Grant Alan Ouzts) after he cheated on her. Suffering from depression, she decides to go for a relaxing trip away with her friends Sharon (Kati Sharp), Dana (Michelle Nunes), Kelly (Jamie Strange) and Jack (Kate Siegel).

The cabin in question is Michelle’s family place, hidden away deep in the woods. The cabin is modern having been rebuilt after a fire gutted it and killed her grandmother (Eileen Dietz). This minor plot point is far more important then anyone realises when it is said. Why? Because the original basement was kept and Michelle’s grandmother was a medium.

Apparently, this has meant that Michelle and her family have a history of clairvoyance too. 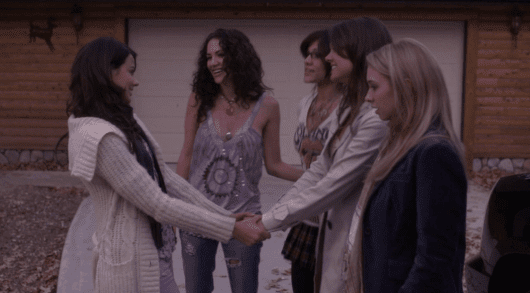 The party gets started and it’s a rough watch as the girls start drinking and playing Truth or Dare. This section of the movie is not much fun at all, the girls daring each other to do stupid stuff like go outside and go into the basement. It’s the latter that sees the discovery of an Ouija board. Again, it’s all fun and games until one of them decides to try and contact Michelle’s dead grandmother. 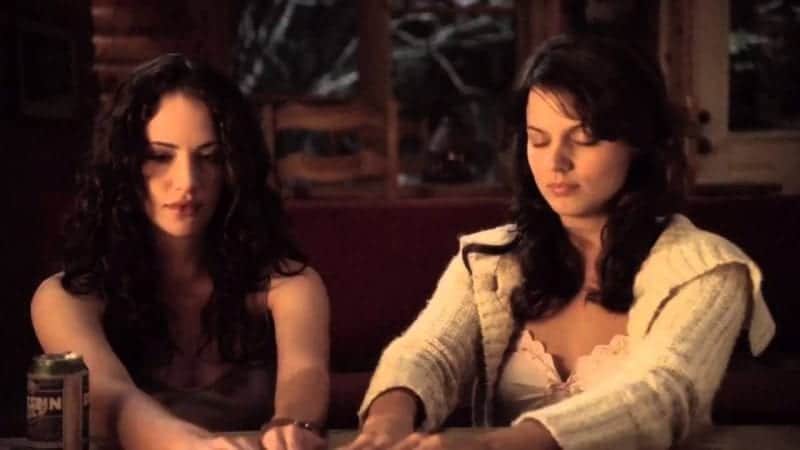 This is where things go wrong. As an entity is unleashed that possess some of the girls turning them into evil and twisted demons. For the rest, it’s all about survival now.

The premise is solid, the acting is good and the silliness gets ramped up bit by bit. You have to appreciate the effort made in fleshing out the characters. Giving us time to get to know them. They’re hardly the most interesting of people but it does make for a more impactful watch as the possessions take hold. 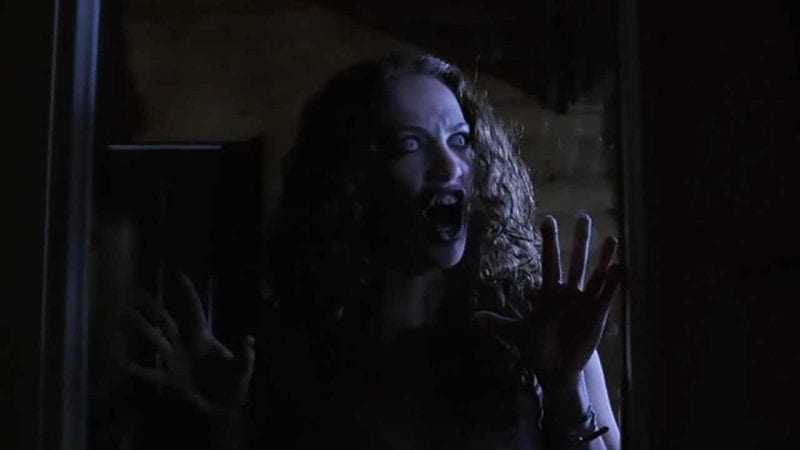 The possessed characters are playful, violent and pretty horrible. They enjoy what they are doing to their victims. It’s a real shame that the makeup and effects are so lacking. Considering how professionally shot it often is, this is very disappointing.

Then there is the lack of scares. There’s the odd bit of tension-based horror but it rarely pays off. Then just when you’re thinking the film is reaching its end, the realisation sinks in that we have 40 minutes left! This is when things begin to drag leading to finale that is very silly but fun. 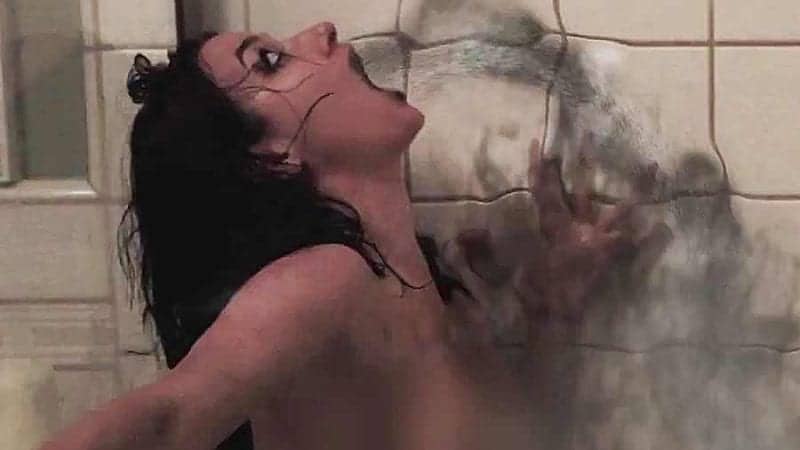 A better movie then expected based on the synopsis. Haunting at Foster Cabin isn’t going to blow anyone away but you could do a lot worse.