Jenny (Katy Foley) is a high school senior with a bright future. So much so that her father, a police detective, got her off from a hit and run charge that killed a mother and daughter. Not that Jenny can remember. She knows she was in an accident but doesn’t remember anything that happened.

Jenny’s parents go out of town for a couple days leaving her with her new boyfriend Mike (Zach Silverman). He talks her into ditching school for the day and throwing a party with their friends at the house. Initially against the idea, Jenny eventually agrees wanting to let lose for one day. 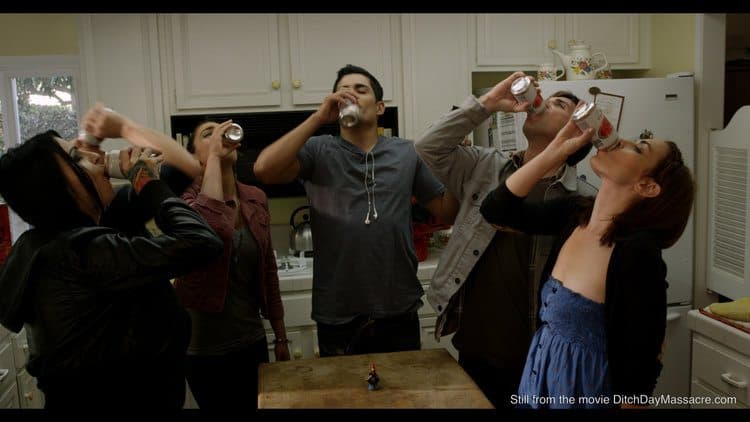 Unfortunately for the group they have an unexpected guest (Bill Oberst Jr.) who has extremely bad intentions.

There is no getting away from the fact that Ditch Day Massacre’s premise is hardly exciting, promising to be just another-by-the-numbers slasher flick. Thankfully though, it ends up being a fairly thrilling, well-acted and gory movie. 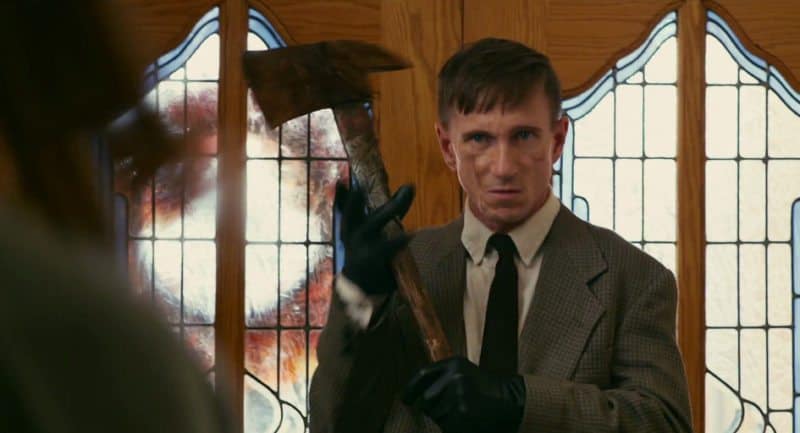 What drives the movie on is the character Vic, played by Bill Oberst Jr. He is not your standard slasher villain, having a detailed backstory and motivations that are believable and understandable. He’s driven by grief and a need for justice making him a somewhat sympathetic character. Although he does go a bit over the top near the end it does tie nicely into his descent into madness. 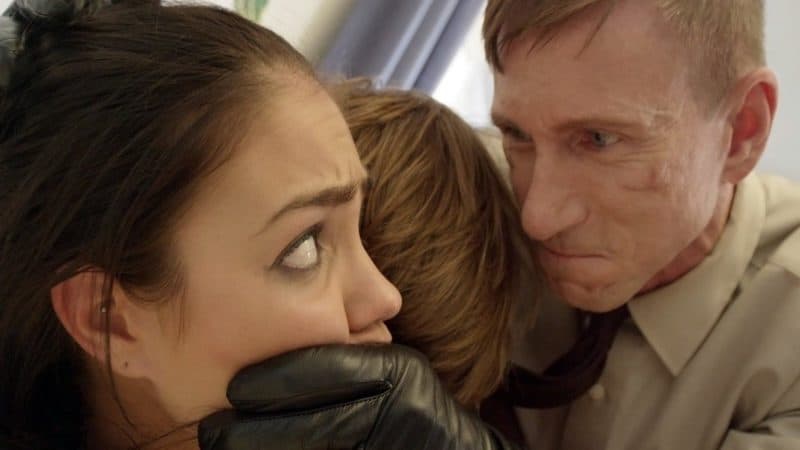 There is a surprising amount of gore on display throughout. Made all the more impressive by great makeup and effects on display. However, it is frustrating to see so many characters die without a sound. These characters get hit with axes and barely even whimper. It’s pretty stupid and obviously done to explain away other characters not hearing the screams.

It’s nit-picking but it is noticeable. Ultimately though, Ditch Day Massacre is a modern slasher movie done right. A good story, great acting and plenty of blood makes for a memorable watch and even the predictable twist ending works.

Finally, massive props to the hard rock band, Swirl who were a major part of the movie’s soundtrack. Check out our interview with them here.