I take no pleasure in slamming a low-budget, independent horror movie. I want these movies to be successful but only if they’re good or in the worst-case scenario, decent. Countrycide is neither.

Written and directed by Brett Kelly, Countrycide is horrible movie that is mind-numbingly boring with zero originality. That it commits the ultimate sin of being so boring is not the worst of it though. No, Countrycide has some of the most embarrassingly poor performances I’ve seen in a while.

A couple (Abby & Mike) are on a long drive to a wedding and instantly stink up the screen with their wooden attempts at being natural. The actors that play them have zero chemistry, Robin Hodge is a little more passable then Joel Elliot but not by much. 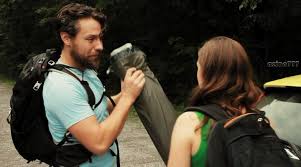 Mike starts to get tired so they stop at a ranger station to ask for directions to a camping site. There they meet Ranger Scott (Peter Whittaker) who babbles on about absolutely nothing. Before pointing them in the direction to an area they can stay. He is awful, not just the character but the actor. Every line of dialogue is spoken in a monotone way and with about as much passion as if he is being forced to chow down on animal crap.

For our sake, the couple leave and head out into the woods. Once they find a spot, the pair confirm their relationship status before cuddling up. As night falls things get really dumb as Mike decides he is going to go look around and take a leak. The next scene is Abby waking up in the morning to find he didn’t come back. She packs up and starts walking, hoping to find him but she ends up getting her foot caught in a bear trap. 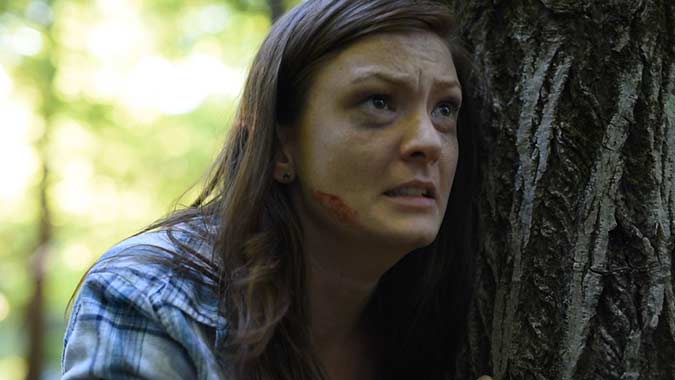 Hurt and lost, she imagines Mike is next to her and he warns her of an impending wolf attack. That’s the least of her worries though as she is found by three ‘good old boys’ who claim to be hunters. They insist on taking her back to their cabin where they can help fix up her leg. Can you see where this is going yet?

In an unsurprising turn of events the trio of men turn out to be bad guys. Ones who enjoy hunting humans as much as animals. Abby will have to fight for her life now. 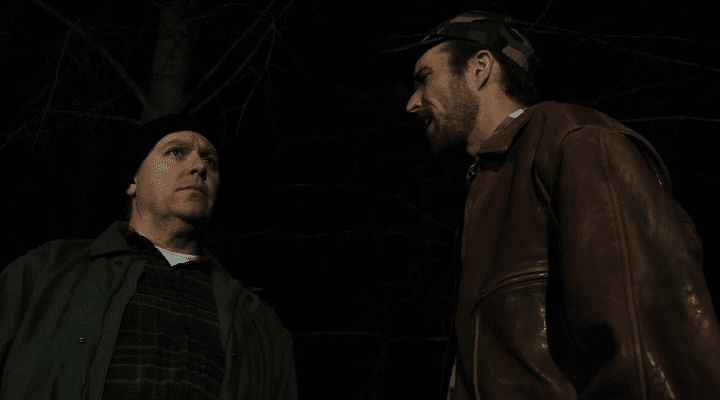 This part of the movie could have been cool. A woman fighting against three evil men. She having to use the environment to take them down. It could have been but it’s not. The groan that came out of me when Ranger Scott arrived back on the scene was loud enough to scare birds out of trees.

It does get a bit gorier which is a positive but it seems to be desperate to end as everything is wrapped up within 10 minutes suddenly. Far from satisfying, it’s more relief that you’ll feel once the credits start rolling. Relief that this trash is over.