Depending on your point of view you’ll either shudder with horror or smile with glee when a horror movie opens with the Troma logo. If you’re not familiar with Troma movies…they are well know for their low budget, tongue in cheek horror comedy that normally has huge levels of over the top gore.

For every good Troma movie there are five bad ones, unfortunately Chubbies falls into the latter camp.

The Chubbies want to mate, they do this by inserting themselves in bodies through the anus. Once inside they can control the person & procreate that way.

Meanwhile a group of average nobodies are closing up the bowling alley that they work at, it’s Halloween & their over-bearing boss wants to get home so he can ‘trick’ the local kds. Once he leaves though, the group decide to throw a late night party at the bowling alley. It’s a chance for some of the more awkward characters to get to know one another better…blah, blah, blah…you’ve seen it all before.

The Chubbies have since taken over the bodies of two friends of the group at the bowling alley & make their way there hoping to procreate some more! However the space lawyer is hot on their heels! Will he get there in time to save the earth-teens from the seriously invasive creatures?

Calling a Troma movie stupid is kind of pointless, they embrace idiocy & ham it up to an insane level but whereas that is often charming here it just falls flat & borders on boring for much of its -.

its jokes are incredibly tiresome, I mean…rape-bot? Who thought that was funny!? Well, Troma did! Not in an ‘oh, we’re all offended’ kind of way but in an ‘oh, that’s just terrible’ kind of way! 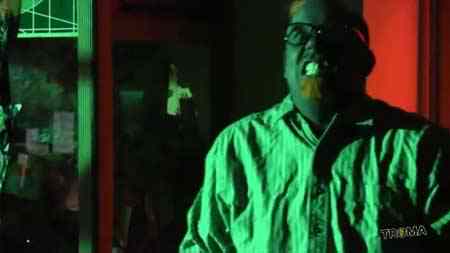