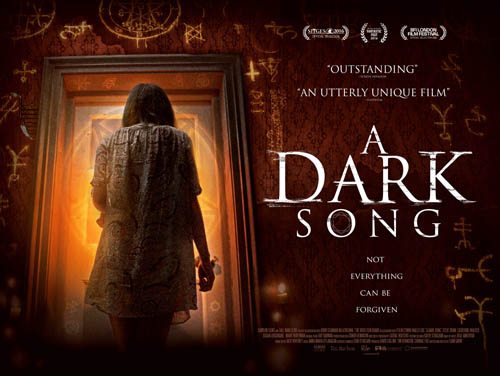 A Dark Song is an Irish independent horror film that released in 2017. It was written and directed by Liam Gavin on his directional debut. Catherine Walker plays a determined young woman who hires an occultist played by Steve Oram. Together they risk their lives and souls to perform a dangerous ritual that will grant them what they want.

Sophia (Walker) rents an isolated house in rural Wales. She attempts to convince short tempered, occultist Joseph Solomon (Oram) to lead her in a gruelling, several months long rite in the old mansion. This is in the hope that it will eventually summon her guardian angel. Joseph initially refuses. However, once he finds out that Sophia hopes to contact her deceased seven year old son he changes his mind. Solomon explains that once they begin, if they leave the house before the ritual is culminated they will be in grave peril. He says she must spend months of punishing exercises, in which they will be dealing with real demons and angels; she agrees.

Over months she complies methodically with dozens of harrowing and painful exercises. Grudgingly they get to know one another.

However, after months a frustrated Sophia complains that it’s taking too long. Solomon accuses her of impairing the ritual by not being honest about something. She admits that the real favour she will ask the angel is revenge upon whoever kidnapped and killed her son. That night he awakens her to insist that because her dishonesty has made her impure, a re-birthing ritual in the tub is required. However, he drowns her, says a spell, and revives her with CPR. Angry afterward in the kitchen, she pushes him and Solomon accidentally falls on a large kitchen knife, impaling him in the side.

Joseph explains that this a sign that the ritual is beginning to work, and that she will have her revenge. Sophia begins seeing and hearing dark and menacing presences in the house, including the pleading voice of her son. As Solomon’s wound becomes increasingly infected, he begins to fail. 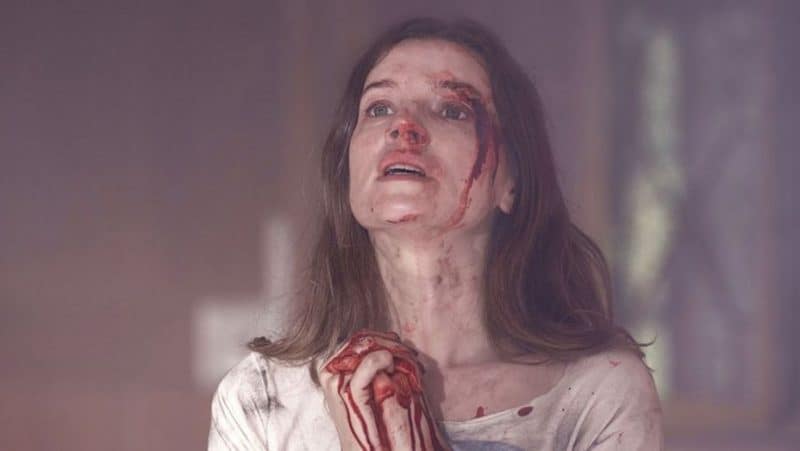 Will they complete the ritual and attain the revenge that Sophia seeks?

A Dark Song has a lot going for it but there are aspects that will likely be divisive. Personally, I found it to immediately intriguing. It manages to keep this momentum going for the majority of the runtime which is impressive. I’ve never seen a film demonstrate the occult in such a grounded and convincing way. 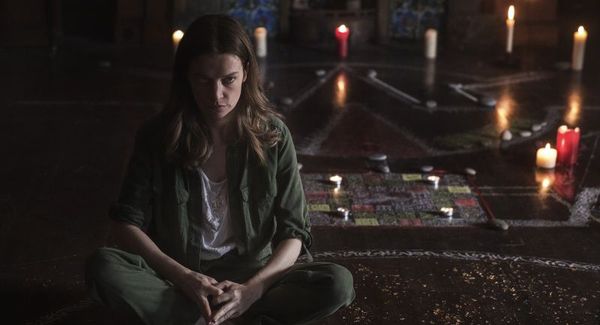 Still, the reason I can see A Dark Song being divisive is that it is a very slow burn. If you’re looking for an action-packed splatter fest then look elsewhere. However, if you’re into cerebral, subtle, psychological horror movies then I recommend it. I was invested until the end but I could see it potentially putting others to sleep.

There is a definite creep factor but on the whole A Dark Song fails to generate any real fear or genuine scares. Tension builds to a crescendo but it lacks a major moment or payoff.

I really enjoyed the performances of both actors here. They felt like genuine flawed people which was relatable. You feel the claustrophobic nature of being stuck in such a scenario with someone. I felt they demonstrated the ways in which someone would deteriorate really well. 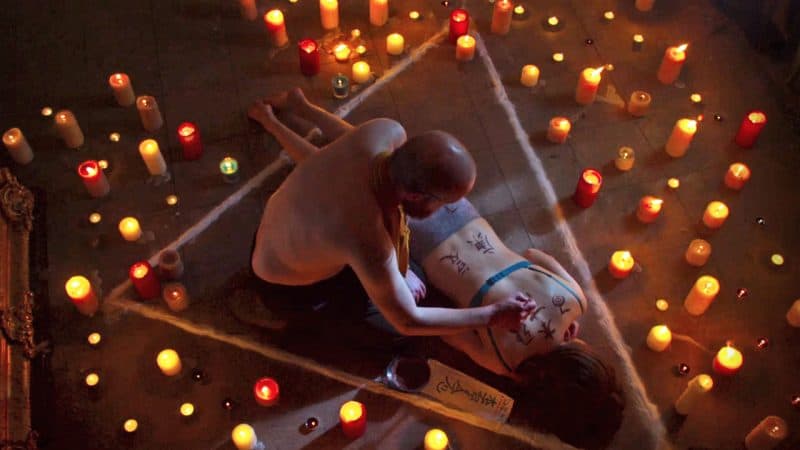 The ending felt sort of meh to me if I’m being completely honest. I fully expected the film to end in an ambiguous way and it seemingly doesn’t which is an interesting choice. A Dark Song makes you question whether what you are seeing is real or not but its conclusion falls disappointingly flat.

One thing I cannot praise enough is the ominous soundtrack. It once again proves how effective a fantastic score can be in generating a creepy atmosphere.