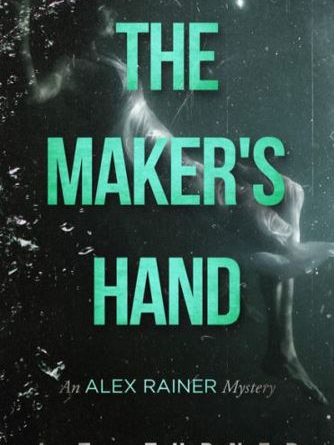 The Maker’s Hand is a dark, mystery/crime novel surrounding the world of magic, illusion and murder. Based in London it forms the second part of a series of books following a detective called Alex Rainer brought to us by Birmingham based J.T. Turner.

J.T. Turner, or Joe Turner, is a freelance writer of horror, crime and mystery. He is a criminal psychology graduate, a Lovecraft obsessive and a serial killer enthusiast. So far Joe Turner has two novels published. Both form the Alex Rainer series so far. Book 1 is called The Heart Collector and book 2 is the subject of this review, The Maker’s Hand. 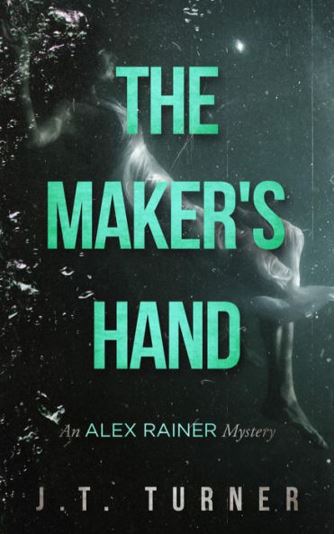 In a London shopping centre, the drowned body of a young woman is discovered inside an ominous glass chamber. From her watery grave, the woman floats as though she was a museum oddity to be gazed upon with morbid curiosity. For such a bizarre crime, detective Alex Rainer is summoned by the London Metropolitan Police in order to establish a psychological profile of the killer. However, before Alex can conjure up a realistic picture of the perpetrator, a second victim is quickly discovered.

While the cause of death is drastically different, there is no doubt the two murders were committed by the same demented mind. As the strange mystery unravels, it becomes clear that these murders are linked to a forgotten magician from a previous era. A magician whose obsession with his art cost him his life. Along with the help of trusted partner Casey Ellis, Alex finds himself lured into the world of magic and illusion. He soon discovers that his target won’t stop until he has performed the ultimate magic trick: a centuries-old illusion known as The Maker’s Hand.

The Maker’s Hand doesn’t hang about, quickly introducing us to a cautious lady on the way to meet a client. She has answered a call for a job and as the client explains bits to her, we realise she is a magician’s assistant and the client, he is the magician. As you would expect, things turn South. The lady realises this when the magician suddenly changes clothes to don an emotionless kabuki mask and black robes. She tries to flee but to no avail. We leave the poor lady to her fate to meet Frank Cartwright. Frank is a security guard at Westfield Shopping Centre and is doing his morning rounds before opening. Frank is the unlucky person who discovers our magician’s assistant’s fate. 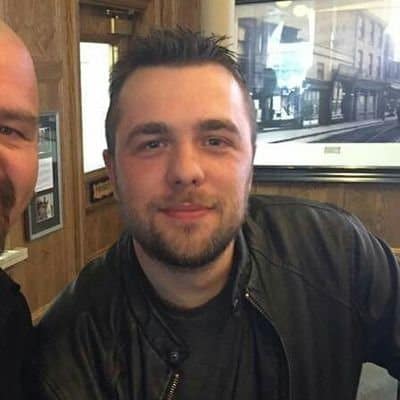 We switch over quickly to hook up with the main protagonist, Alex Rainer. Rainer, a private detective, is on a date, of sorts. He reflects a little on a recent case where he captured a Charles Clayman, more famously known as The Heart Collector. To us non fictional characters, that also refers to Book 1 of this series. The date doesn’t appear to be going brilliantly as Alex shows off some detective skills. You know the stuff, deciphering a whole life based on a coffee stain, or a dry patch of skin. That sort of thing. Alex is pulled from his romantic evening by a phone call by someone called Casey and he is off.

Casey Ellis is actually Detective Ellis. We learn through the story that they worked together on The Heart Collector case. Ellis is Alex’s partner of choice whenever he is working for the London Metropolitan Police. Ellis has called Rainer in because there has been a murder at Westfield Shopping Centre. A young lady, the young lady, has been found in a water tank. One of those magic act tanks where a magician submerges himself and then miraculously escapes. This young girl was not so fortunate. Rainer is intrigued though. There are so many questions instantly running through his mind. Why the theatrics? Was it revenge? A statement perhaps? Mostly though, how on earth did this happen without anyone seeing anything?

Yes, the shopping centre was closed but just before opening there is an army of cleaners and security within. Somehow someone managed to set up the structure, put the girl inside, connect it to the centres own water supply and drown her. Security footage shows nothing as it appears to have disconnected throughout the approximated time of the incident. They click back in to show one thing and one thing alone. A figure in a black cloak wearing a kabuki mask purposely looking directly at a camera. Interestingly, this image was also taken at a time when all the current police officers were on site. He wanted to be seen, but why? The girl’s autopsy reveals she was a 22 year old called Ella Jones. It also reveals she was alive when she entered the tank. They also find a strange playing card, a serial killer’s signature perhaps. 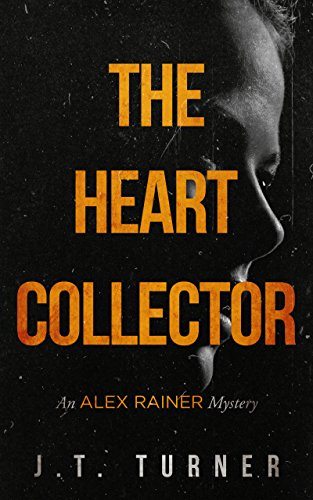 Rainer and Ellis get to investigating while we get some extra information on the killer. Nothing too revealing yet but it is obviously concerning the murderer in one form or another as we meet two people. A father and son, we assume, as the son tries to impress his father with the fact that he made the news with his “trick” we see that the father is not impressed, and is probably never impressed. His father explains that if even one person sees the trick then there is no point in being on stage. He follows this up with a punishment of holding a stress position for an hour. Some relationship issues here, then.

Rainer and Ellis continue trying to figure out anything that would give them a lead but struggle. We head back to catch up with our killer who is much happier now. The reason for that is he is showing off a trick. Unfortunately, that performance is for his new assistant. He has another girl.

Rainer manages to get a lead through some back channels ending up with two names. Dracken and Harry Deamore. Dracken, a magician from many years back and Harry Deamore, a magic shop owner from Stockwell. They head to Stockwell where they get very little new information because as soon as they show Harry the card, he runs out back and hangs himself. Eventually some serious research into the hidden online forums parts the cloud around the word Dracken. Dracken was a magician. I say was because he is dead, long dead. A brilliant but troubled illusionist, his final trick was to bury himself alive in a coffin 6ft under ground. The trick went wrong and he was never seen again, presumed dead.

Interestingly, Dracken also performed the water tank escape, Ella Jones half experienced. He also performed a fire escape, something girl 2 is now experiencing and many more. It appears a killer is performing Dracken’s tricks with a sick and evil twist.

So the real hunt begins, could Dracken still be alive? Perhaps it is a twisted tribute to him from a deranged fan? How many more people have to suffer at the hand’s of this killer, whoever it is? Can Casey and Rainer even possibly decipher this case when the person they are chasing is a master of illusion and trickery? Well, grab a copy of The Maker’s Hand to find out. 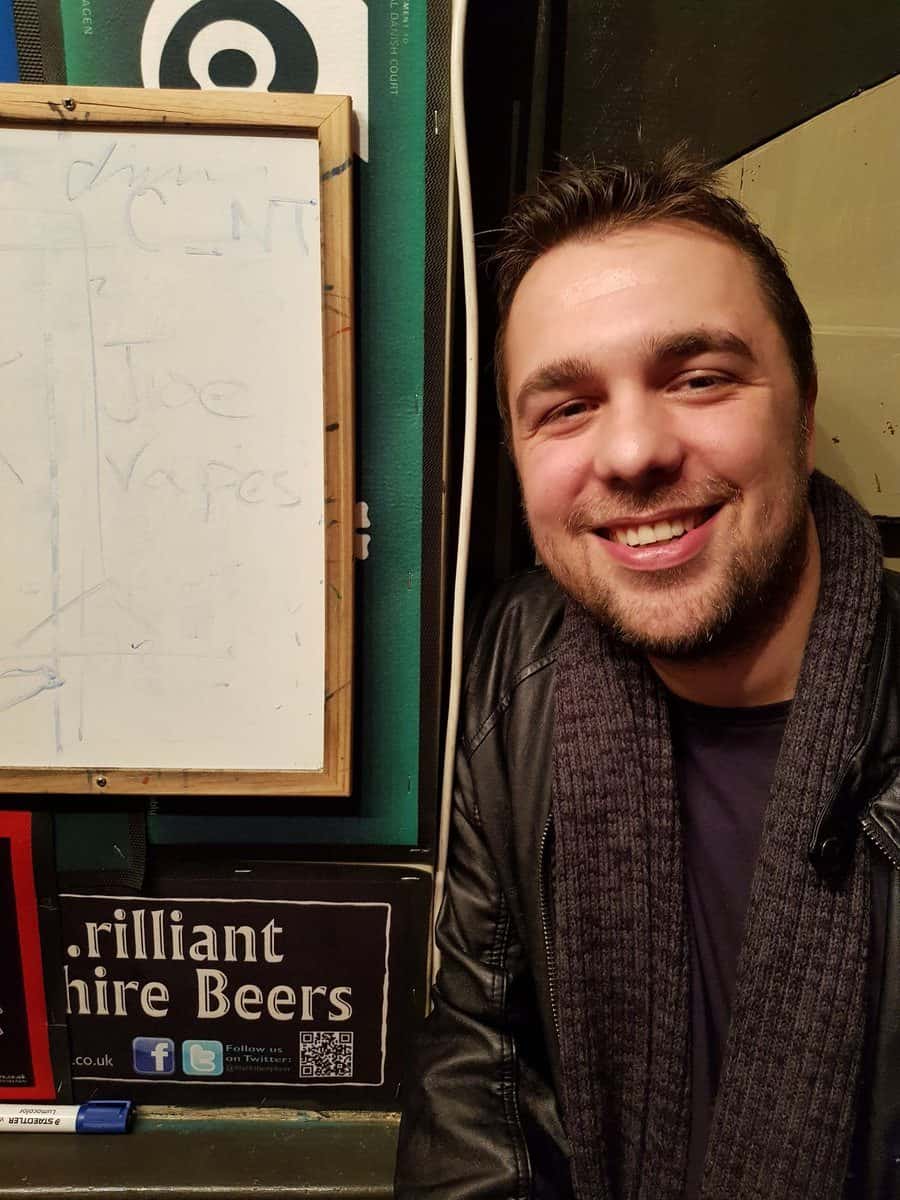 The Maker’s Hand is a really enjoyable read for many reasons not least the addition of magic and wonder. A master of illusion against a smart psychologist type detective makes for compelling reading on a journey with twists and turns at every page. Even us readers who are party to more knowledge then our detectives will spend much of the book unsure of the motive and potential outcome. The “illusions” are horrific and described with enough detail to add some true life horror elements to this thriller/mystery novel. Turner’s writing style is exciting to read. He fully involves the reader sending us off chapter by chapter to gather snippets of information from each key character. This leaves you feeling fully involved in the story as you attempt your own detective work from your sofa.

There is always something pleasing when a story is set in your home area, London. Knowing the locations allows you to imagine them more vividly though Turner’s writing is intelligently detailed enough to magic images into your mind whether you know London or not. I do think it would have been beneficial to have read The Heart Collector first. You don’t need too, to enjoy The Maker’s Hand but it would have helped understand the depth of Ellis and Casey’s relationship. They do refer to it a fair few times in the opening chapters.

There are a few little nods to heavy metal within the pages too which is great. It kind of adds a little Easter egg hunt to the read, not that the story needs it. My favourite of these is one of the secondary character’s alibis of being at a Metallica gig at Wembley Stadium. I love this because I was at that gig too.

In summary, J.T. Turner’s The Maker’s Hand is a thoroughly enjoyable read detailing the horrific workings of a serial killer and the desperate journey of the detectives chasing him. It is  full of  the twists and turns expected within the world of magic and illusion making for an exciting and intriguing read.

You can grab a copy of The Maker’s Hand at Barnes & Noble here. You can also grab it, and more, at the Amazon links below. Find out more about J.T. Turner at his Twitter page here. Be sure to give him a follow while you are there.

The Maker's Hand: An Alex Rainer Mystery by J.T. Turner