How do you write a review for one of the most awarded video games of all time? What else can realistically be said about one of the most praised pieces of interactive entertainment, ever? I can’t possibly top what’s already been said but as someone who quite literally bought a PS3 to experience the game. I can give you my thoughts on whether or not it earned the adulation. The Last of Us is an action-adventure survival horror video game developed by Naughty Dog and published by Sony Computer Entertainment. It was released for the PlayStation 3 in June 2013. An updated version, The Last of Us Remastered, was released for the PlayStation 4 in July 2014.

20 years after a pandemic has radically changed known civilization, infected humans run wild. Survivors are killing each other for food, weapons – whatever they can get their hands on. Joel, a violent survivor, is hired to smuggle a 14 year-old girl, Ellie, out of an oppressive military quarantine zone. What starts as a small job soon transforms into a brutal journey across the U.S.

Playing from a third person perspective, players traverse post-apocalyptic environments. You move through locations such as towns, buildings, and sewers to advance through the game’s story. Players use firearms, improvised weapons, and stealth to defend against hostile humans. Also, you must contend with cannibalistic creatures infected by a mutated strain of the Cordyceps fungus. 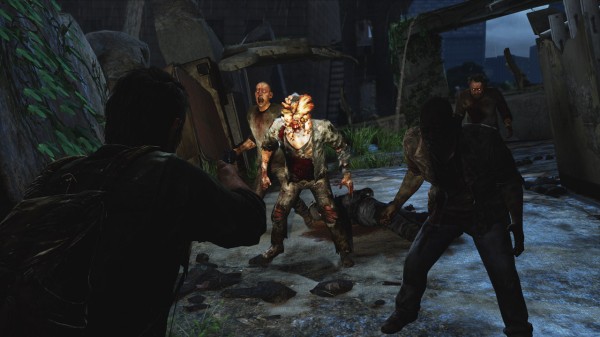 In combat, players can use long-ranged weapons, such as rifles, shotguns, and bows, and short-barrelled guns, such as pistols and revolvers. Players can scavenge limited-use melee weapons, such as pipes and baseball bats. Bottles and bricks can be thrown to distract, stun, or attack enemies. The game features a crafting system, allowing players to upgrade weapons at workbenches using collected items. Equipment such as health kits and Molotov cocktails can be found or crafted using collected items. Physical abilities, such as the health meter and crafting speed, can be upgraded by collecting pills and medicinal plants. Should players take damage; their health meter can be recharged through the use of health kits.

Though players can attack enemies directly. They have the option to use stealth tactics to attack undetected or sneak by them. Stealth combat uses a gameplay mechanic called “Listen Mode”. This allows players to effectively locate enemies through a heightened sense of hearing and spatial awareness.

The Opening to The Last of Us is right up there as one of the best introductions within any video game that I have ever played. It begins so innocently. You feel lulled into a complete false sense of security with the extremely endearing father/daughter relationship of Joel & Sarah. It’s not long before everything takes a turn for the worst. The world around you descends into madness at a terrifyingly rapid pace that felt very realistic. What takes place is one hell of a sucker punch that leaves Joel a broken man but a total survivor none the less.

One of the most revered aspects of the game is the dynamic bond of Joel & Ellie. I can completely understand why. Naughty Dog has successfully created characters that have a deep complexity about them. Joel wasn’t raised in the apocalyptic world that Ellie was born into. He had to adapt and leave his entire way of life behind. You really get a sense of the loss and adversity he has had to endure over many years. On the other hand, Ellie has only ever known this desolate world. This helps to create an exceptionally absorbing connection between them and the player. 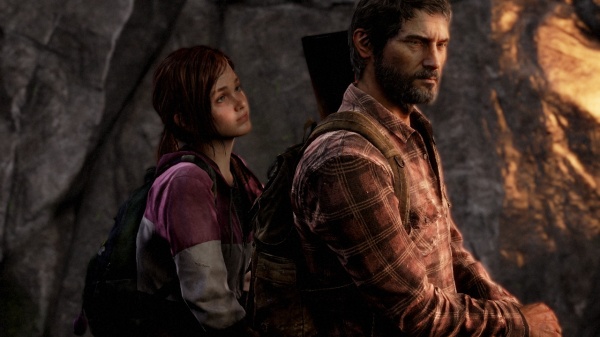 Thanks to the fantastic motion capture used, faces are emotive and expressive which certainly helps during some of the more distressing moments for which there are many. What would these strongly written characters be without some great voice work to go behind them? The man that seems to voice just about every major character these days (Troy Baker) delivers a powerful performance as the deeply damaged Joel. The same can be said for Ashley Johnson who gives an equally strong showing, if not more so as Ellie.

Ellie has had to grow up in this immensely grim world, although she hasn’t travelled too far which changes when she meets Joel. She still has a certain innocence about her which is challenged greatly throughout the game. By the end, you know that Joel will literally do anything to protect her after losing so much.

The story is a compelling one that is filled with very many memorable moments. If a great story is something that you care about then look no further. It’s a tough journey full of many hard-hitting scenes. Brief periods of calm in between are very welcome indeed.

When you’re not looting your way from abandoned house to abandoned house, you’ll have plenty of enemies to deal with. The combat is as brutal, intense and stressful as any I have experienced before now. Whether you’re fighting the always horrible to deal with Clickers. Or you’re  simply dealing with bloodthirsty people, the end result will likely be a battle that will expose just how vulnerable you really are.

If I was truly pressed to give one negative about The Last of Us. It would have to be that by the end the constant battles start to feel rather repetitive and predictable. It’s always fun but it felt a little like it was trying to extend the experience a little longer than it needed to.

Anyway, The Last of Us is obviously one of the best games that I have ever played. I think this is something literally anyone that has played it will agree upon. As someone who feels compelled to experience games that put a focus on story and its characters primarily. The Last of Us was one that I just couldn’t miss out on.

The Last of Us