In 1983 the gaming landscape would be changed completely, one of the most important (if not the most) gaming characters would be catapulted into immortality. Super Mario Bros wasn’t the first game that Mario would appear in but it was the most important.

What Nintendo did here was create one of the most iconic games that is still fun to play over 30 years later.

Taking on the role of Mario, your mission is very simple…make your way through the Mushroom Kingdom to rescue Princess Toadstool (The early incarnation of Princess Peach) all while fighting off the minions of Bowser.

A 2D side-scrolling platformer, you move Mario from left to right in each level to reach the flag pole at the end. There are 8 worlds with 4 stages in each all with enough unique styles to keep your attention. The final stage in each world is always a castle where the goal is to reach the Bowser decoy & drop them into the lava below.

Doing so will see Mario rescue one of the many Toads who read off what is quite possibly one of the most famous gaming lines ever.

Eventually Mario will find the princess, you just have to guide him through the many tricky obstacles in his path. It’s not just the many enemies but the environment themselves with the water levels being the most arduous & trying of the lot.

Mario’s main mode of attack is to jump on enemies squashing them, if he collects a fire flower an extra attack where he throws fiery projectiles becomes available. These are found in blocks with a ? on them as well as mushrooms that see Mario grow bigger. These are important to get as they give Mario a small buffer when getting hit by enemies.

Initially Mario begins with just 3 lives but to help along the way he can collect coins for extra lives as well as finding green 1-up mushrooms. The game is deceptively tough but it’s paced in such a way that your skills with controlling Mario will easily match the difficulty. It’s not a punishing game by any means but you will get that sense of satisfaction as you progress past some of its tricky moments.

Not a particularly long game, the world record for beating it stands at just under 5 minutes. That is utilising secret warp zones, mind you. 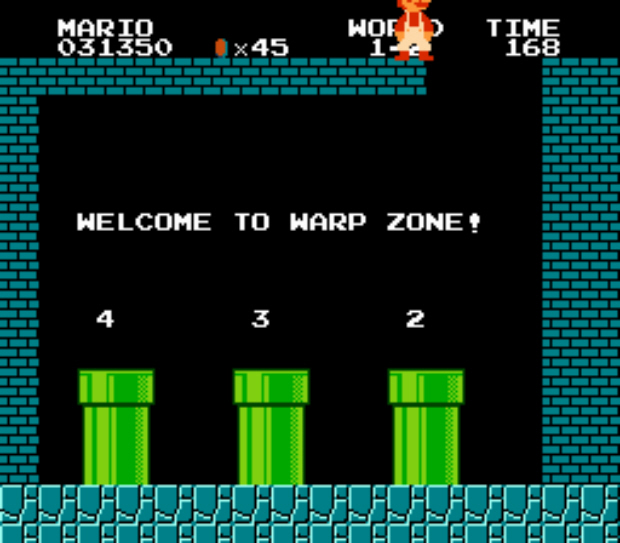 Finally Super Mario Bros music is as famous as the man himself, there are few people in the world (of a certain age at least) that won’t recognise the opening tones that greet you in world 1-1. It’s iconic for all the right reasons & hasn’t aged in the slightest.

The classic that made Mario a household name. The game that started off a franchise that has made Nintendo an insane amount of money. Unlike his nearest rival (Sonic) bad Mario games are few & far between. 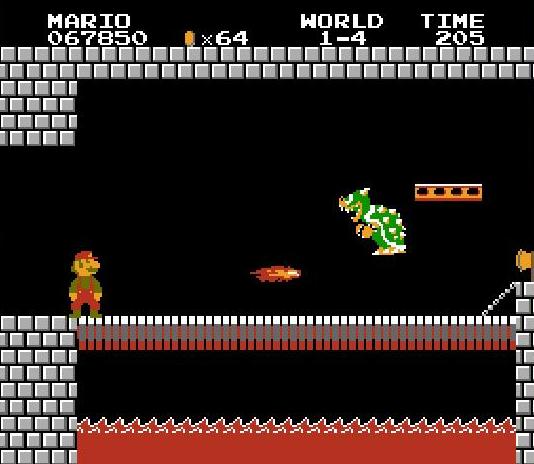