Do you remember the first time you played Street Fighter II? Was it in the arcade or maybe on one of the home consoles? For me, it was the latter. Finally getting the chance to see what all the fuss was about by popping the cartridge into a SNES.

The opening Capcom logo and that sound effect. The digitised music that instantly got the blood pumping and the game title appearing bold and colourful. Even before hitting start, Street Fighter II had drawn many players in. Even though most knew nothing about it or the original game.

That didn’t matter though as Street Fighter II promised and delivered a fighting game that would go down in history as one of the finest games ever made. It’s almost impossible to believe that the series as whole started here, way back in 1991. 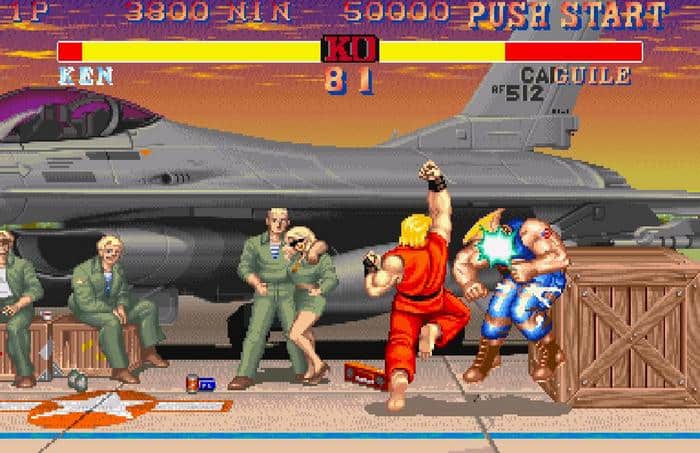 Amazingly too, it still holds up when played today. Although Zangief is still cheap as hell.

A simple one on one fight that sees players take on opponents in a series of ‘best-two-out-of-three’ matches. Choose one of eight playable characters, most with their own unique fighting styles and moves. We have Ryu, Ken, Blanka, Chun-li, Guile, E. Honda, Zangief and Dhalsim. Everyone will have their favourite. 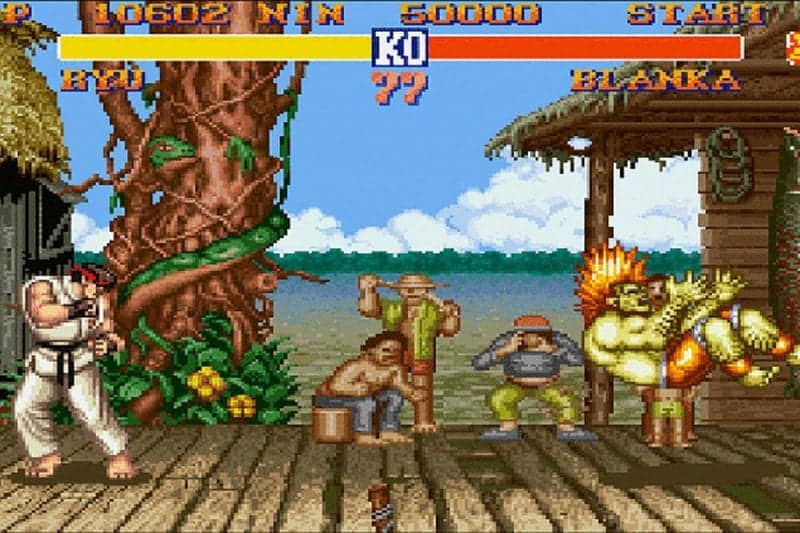 Once selected, a world map is shown and a plane carrying your character travels to locations like China, India, and Russia etc. The locations of the opponent players will have to defeat.

Once all the possible playable characters have been defeated, players must then take on four CPU-exclusive characters. Balrog, Vega, Sagat and M. Bison, the game’s final boss.

Be prepared for a tough set of fights as the AI is very tough but rarely unfair. Instead Street Fighter II encourages you to get good with your chosen character. Learn the character, use the combinations of light, medium and heavy attacks but most all, learn the commands to deliver devastating special moves. 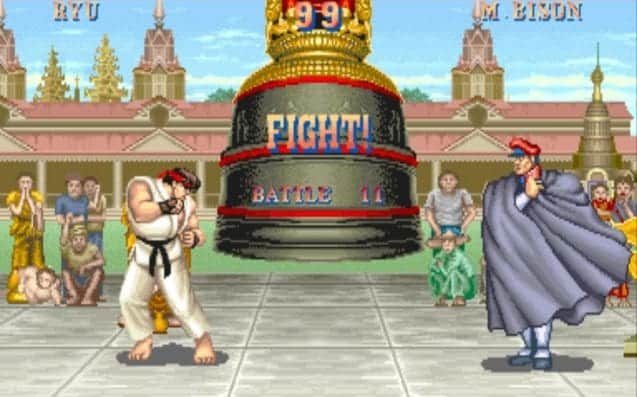 There’s nothing more satisfying then stringing together a decent combo and ending it with a fireball or uppercut to the face.

Of course being an arcade game, content is limited but to add some variation to things there are also bonus stages. These ask players to take part in timed events like having to smash up a car or break barrels that drop from a conveyor belt. Each one is a surprising amount of fun and gives a nice breather before diving back into the actual fighting.

Beloved for all the right reasons, the colourful visuals and standout character models add so much to the experience. Street Fighter II looks great, particularly the backgrounds. 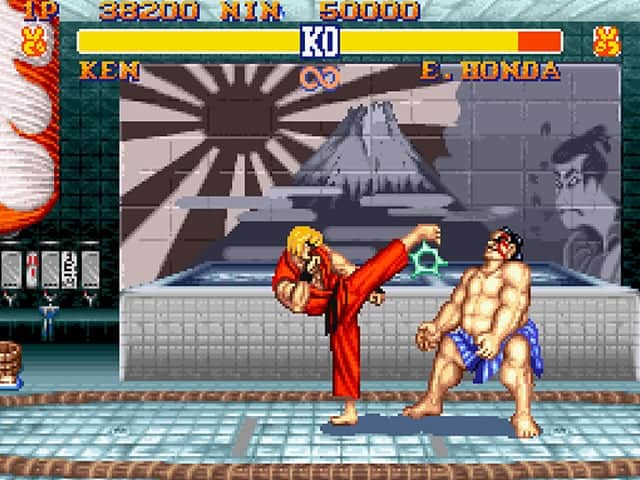 As well as that, it has incredibly memorable music and the sound effects are absolutely on point. The thwack of punch, the shout of ‘Hadouken’ or the cry of a fallen opponent is something every Street Fighter II fan would recognise in an instant.

A classic in every sense of the word.