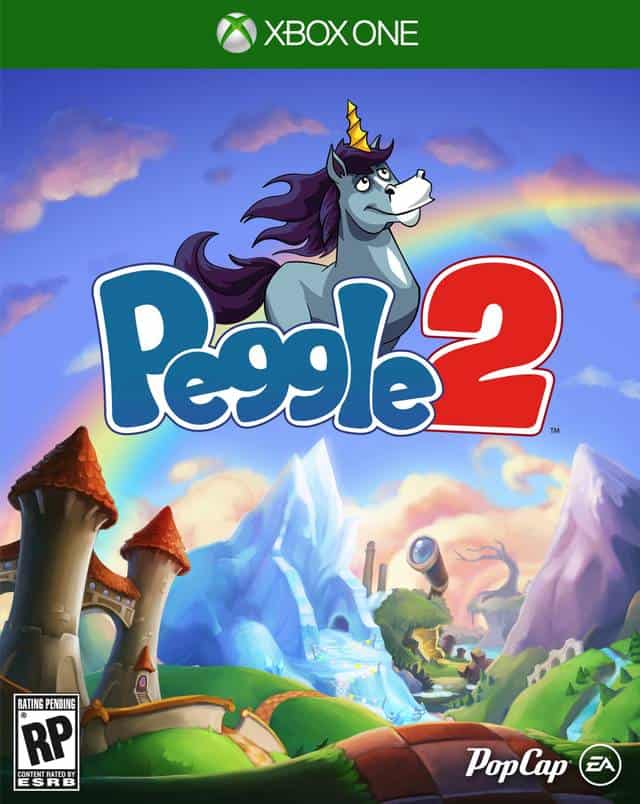 A few weeks ago EA gave every gamer with an Xbox Live Gold membership free access to their EA Access application for an entire week. I’ve since signed up and paid £3.99 for an entire month which gives me access to games the likes of Dragon Age: Inquisition, Battlefield Hardline, Plants vs. Zombies: Garden Warfare and another PopCap game that I’m reviewing now, Peggle 2.

Peggle 2 was announced way back in the long distant past, the year 2013. Its announcement at E3 was one of the funniest, memorable and notorious of the video game conference that year. After announcing Plants vs. Zombies: Garden Warfare, PopCap co-founder John Vechey announced they had one last thing to show. He then made an exaggerated leap into the air and slammed his hand on the ground while shouting “Peggle 2!”. Videos and remixes of the announcement, and the consequent lack of applause, became instant hits on YouTube.

Was John Vechey right to be that excited about Peggle 2? Yes, yes he was.

Peggle 2 is a magical game full of bouncing balls, magical pegs and bricks made of pure compressed joy! It’s a game of luck and skill by clearing pegs, bashing bricks and timing your shots just right to achieve EXTREME FEVER! There are 5 magical Peggle Masters to discover and use their preposterous powers over 120 levels and trials to shatter expectations and acquire high scores beyond the realm of plausibility!

On the surface Peggle 2 looks like a very simplistic game, a phone game even and in some regard that’s the truth. It is a very simple game but that’s what makes it so damn addictive to come back to again and again. It doesn’t reinvent the puzzle game genre or anything but rather takes what can be extremely enjoyable about it and nails it perfectly. 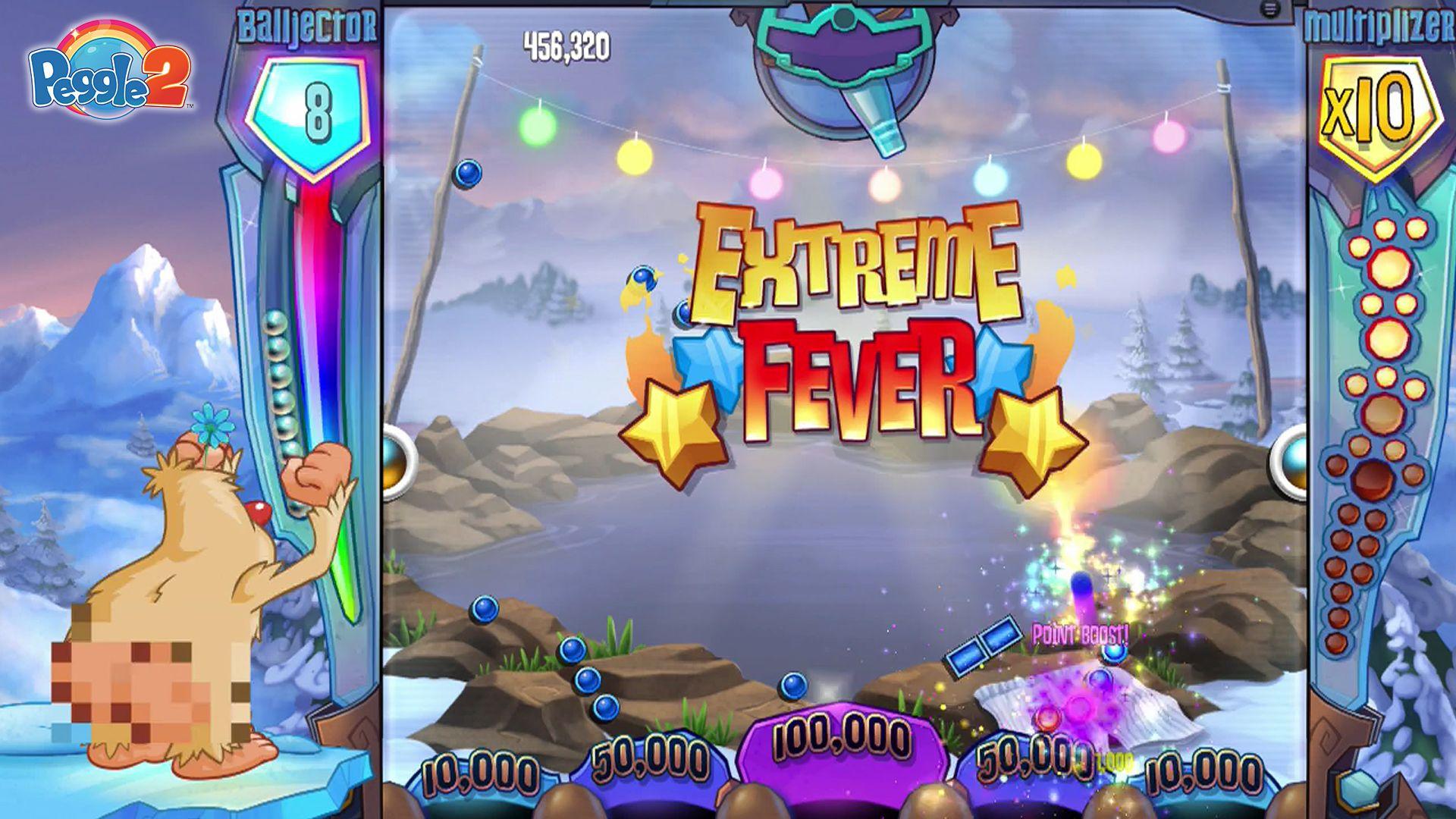 Peggle 2 isn’t a game with a deep expansive storyline; it doesn’t have big characters or attempt to make some kind of statement. The best way of describing the game is that it’s fun, good old fashioned fun and the kind of fun that is the reason why we all love video games. 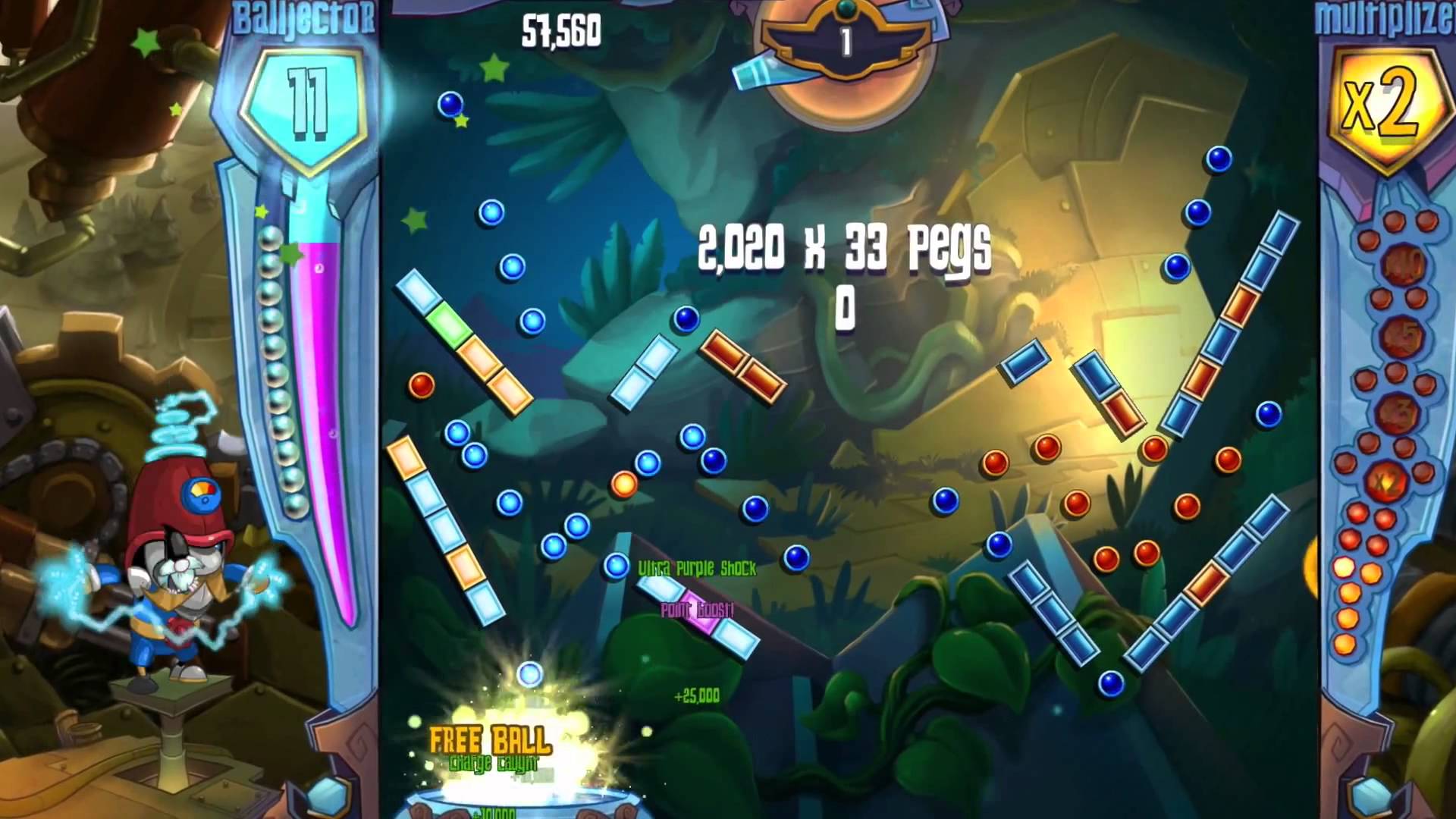 Each new level brings a different type of challenge with differing layouts and changing backgrounds. There are 5 Peggle masters and each of them has their own set of levels for you to conquer, each comes with its own set of challenges and objectives that add replayabillity. Some of these challenges are not for the faint of heart and will require genuine skill and timing as well as some luck. 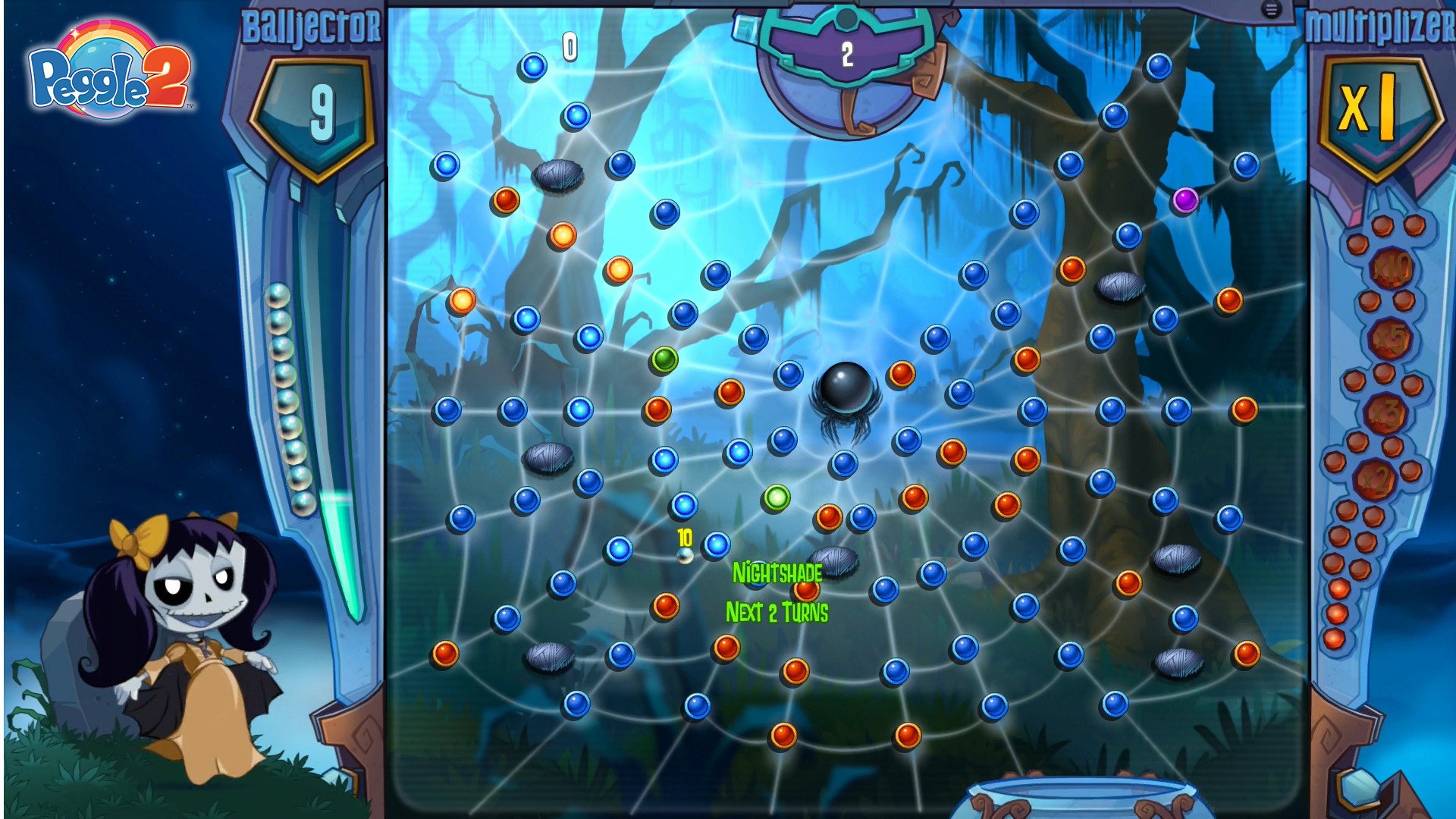 There is nothing like hitting the perfect shot, sitting back and watching the points rack up. Another aspect I have to give great praise is the soundtrack that accompanies the game. Each master has their own specific soundtrack which comprise of well-known classical songs that go hand in hand with the colourful chaos surprisingly well. 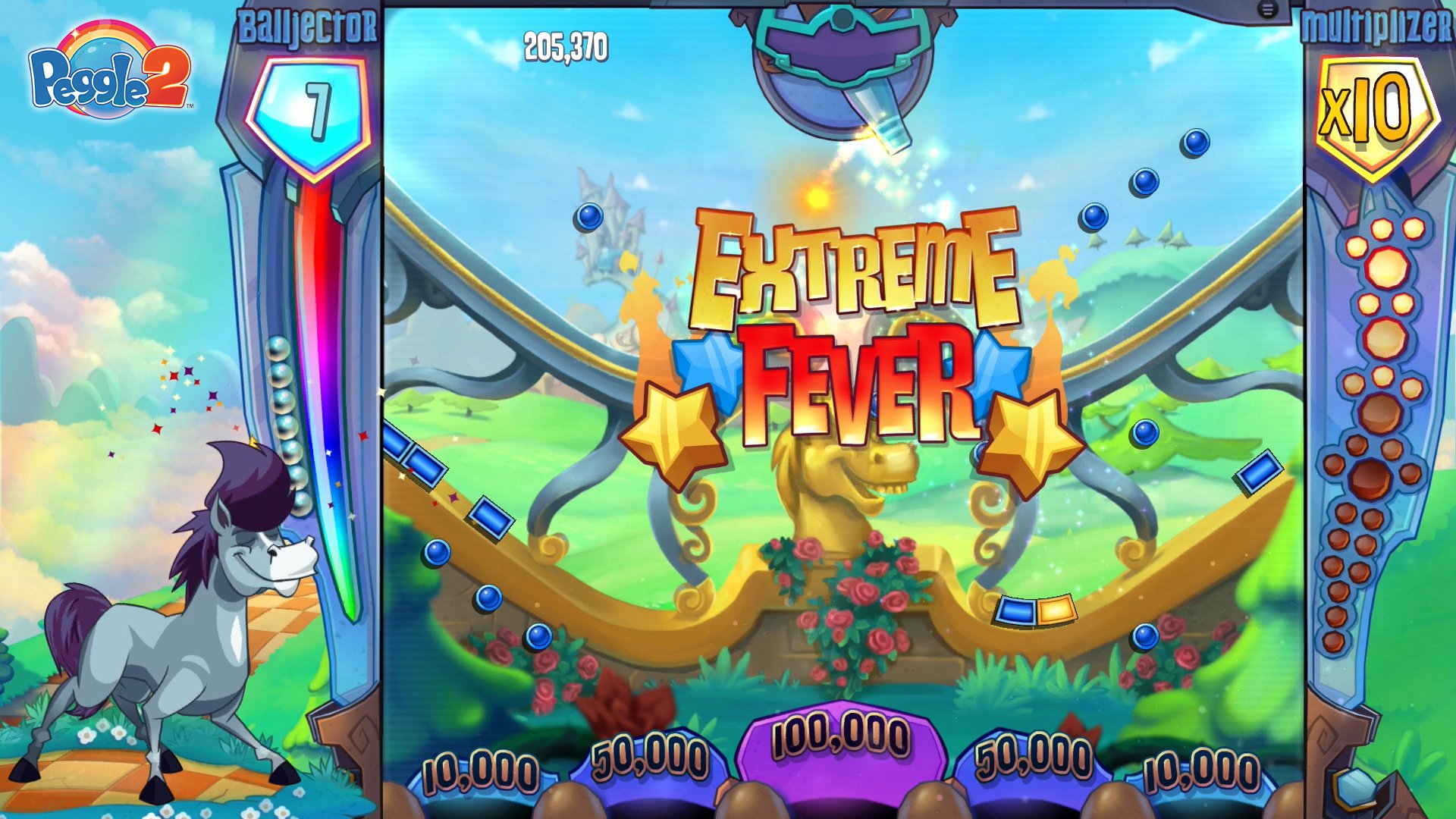 Peggle 2 is addictive, colourful madness and I love it. Sure, sometimes the levels can be set up in a way that leaves them a little too dependent on luck rather than skill but all I know is that as soon as I started playing it I couldn’t stop.