Where do I even start…I mean how in the hell do you screw up Pac-Man?

Pac-Man 256 is inspired by the glitch that appeared in the original Pac-Man game. I shit you not, the basis of this game was a freakin’ glitch. Oh, but of course they had to chuck in plenty of pointless in-app purchases because if there is anything Pac-Man needed to cement his legacy it was to be made into a free to play, endless runner…inspired by a glitch.

It’s simple enough…you control Pac-Man in a never-ending 3D maze while trying to avoid ghosts, eat dots & make it as far as you can to set a high score. All while the Pac-Man glitch is chasing you down. 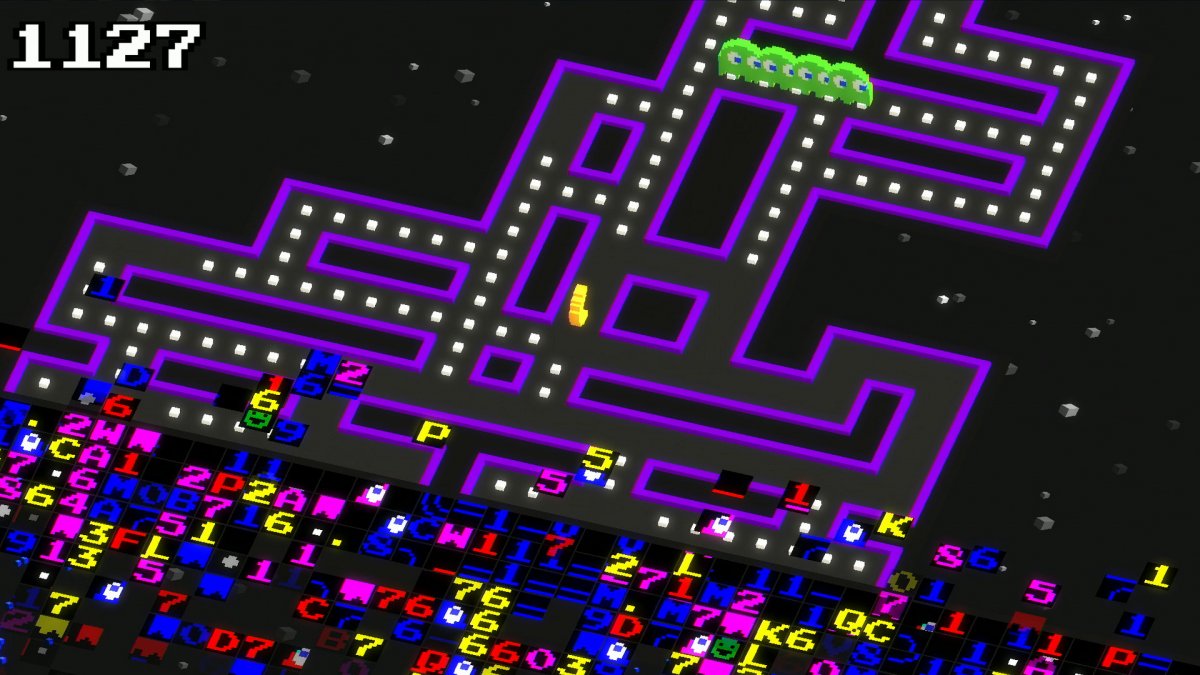 So this glitch…in the original Pac-Man game should you make it to map 256 the right side of the map turns into a mess of numbers & letters obscuring the dots making the level impossible to beat. 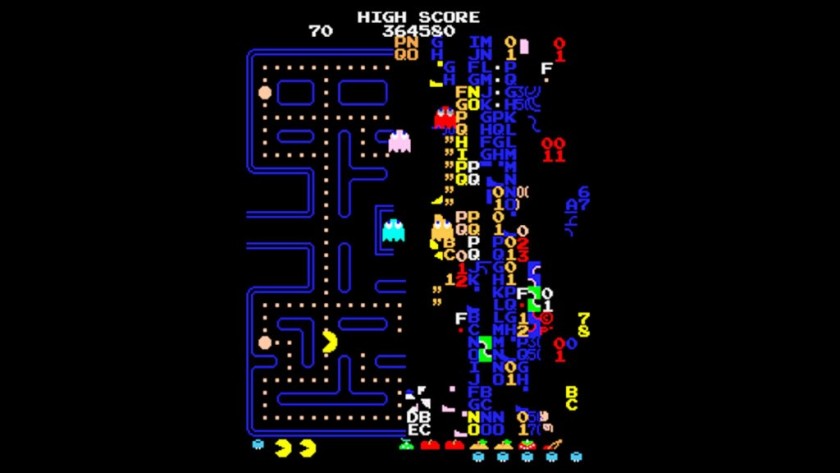 This numbers/letters mess is what fills up the bottom of the screen as you play forcing you to constantly move Pac-Man onwards.

To try & add more to a pretty basic game a number of new ghosts have been included & the further you make it the more hectic it gets. Thankfully power pellets make their return as does a number of new abilities that Pac-Man can use such as lasers.

You get 6 credits to play with it & they are refilled over time. 1 credit, every 10 minutes or you can watch an advert to earn more quickly. You can pay 79p for an extra 12 or £3.99 for unlimited credits (please note that this is currently on sale & the normal price is £5.99). Now it is nice to see this option available as paying for unlimited credits will open up most of the game to you however that price is a joke. 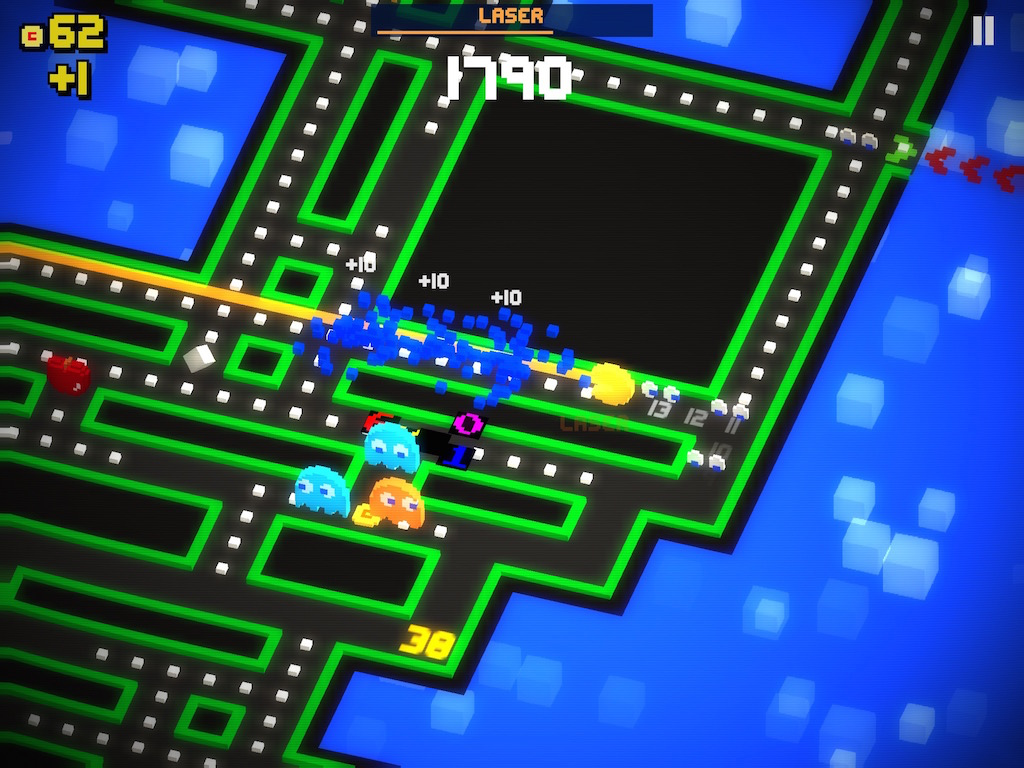 This is an endless runner where you set a high score, that is it. They are charging more than the cost of Grand Theft Auto: San Andreas, Grand Theft Auto: Vice City, The Sims 3, Goat Simulator, Lego Jurassic World, Five Nights at Freddys, Hitman Go, Worms 3, Sonic the Hedgehog, Sonic the Hedgehog 2…these are fully fleshed out games with not just hours of fun but days & even weeks of gameplay!

…but it doesn’t end there.

You have the option of playing on different looking mazes, basically different skins. There is a range from the classic 80’s look to one that takes on the form of an office. Each costs 79p or can be bought using in-game coins that collect as you play. To buy one of these skins you would need 2048 coins. I hope you’ve got a lot of time on your hands because you’re going to need it.

You can speed up your coin count by purchasing (are you surprised?) a coin doubler which automatically gives you 2048 coins & doubles any collected afterwards. It only costs £3.99…

The thing is while gameplay is brief, it is fun. Pac-Man 256 encourages you to try once more when it comes to beating your own high score & having a ‘free play’ option (although you get no power-ups in this mode) is a great idea. It’s not enough to make this game anything but another poorly thought out free to play game obsessed with trying to take as much money from its customer base before they work out they’ve been ripped off. 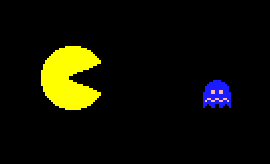