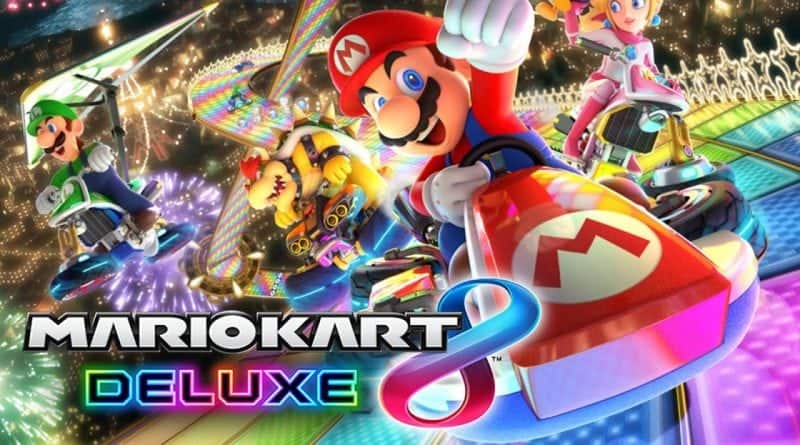 Mario Kart 8 Deluxe on the Nintendo Switch is a souped-up version of Mario Kart 8 which was released on the Wii U in 2014.

This is the most complete and up to date Mario Kart game available on the market right now and what a treat it is. Both old and new players will find this an absolute joyful experience. 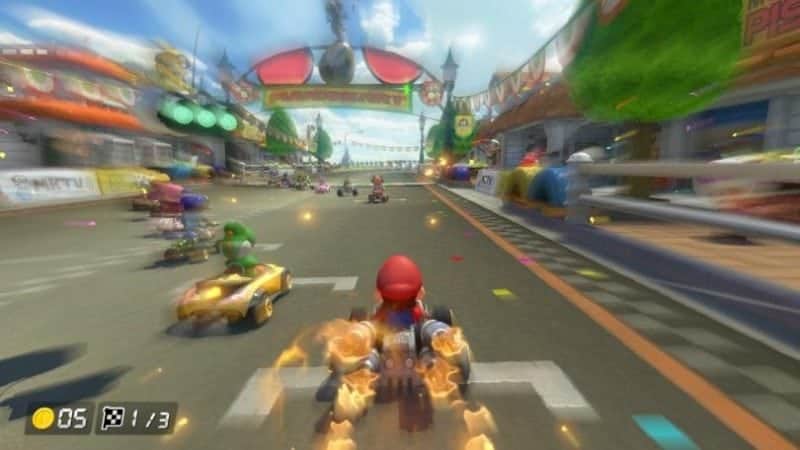 Everything that came in Mario Kart 8 is included alongside all the previously released DLC and some new additions. There are 48 courses ranging from brand new ones to re-imagined classics and ones based off other Nintendo games/franchises.

Then there are the 42 characters to choose from again ranging from regulars like from Mario, Bowser and Toad to new ones like Bowser Jr, Link from Breath of the Wild and the Inklings from Splatoon. Whoever you want to play as, chances are you can!

You can also switch up the karts they drive, customising them with new wheels, bodies and parachutes/gliders. It’s a minor thing that doesn’t have any impact on gameplay but it is a nice touch seeing as new options are unlocked as you earn coins from winning.

Anyone who has ever played a Mario Kart game previously will know the set-up already. Single player sees you choose a class. 50cc, 100cc, 150cc and the new, unbelievably fast, 200cc classes are available (as well as a reverse mode). Then you choose a cup and race across four tracks to try and finish top of the table. Simple, so much fun yet still very competitive especially on the higher classes where a blue shell heading your way will fill you with dread! 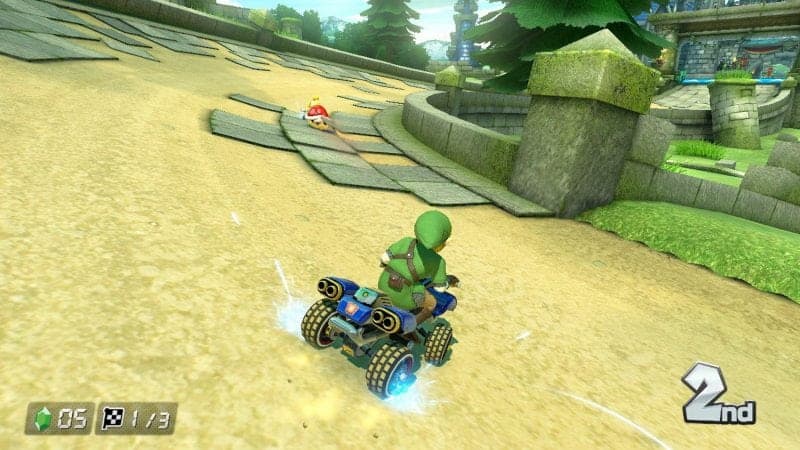 Everything is available from the start. You can choose any racer, mode or track so you can jump right in.

Gorgeous visuals, no matter if you’re playing on a TV or on the handheld, makes this look and feel as though you’re playing a newly released Mario Kart game and the music/sound effects are totally on point.

The best way to play Mario Kart 8 Deluxe though is with multiple players. This is where the real fun is. The joy as you catch a friend with a red shell just as they are approaching the finish line is what multi-player gaming is all about and you can take your skills online. Although this is far from a straight-forward or intuitive system compared to Nintendo’s competitors. 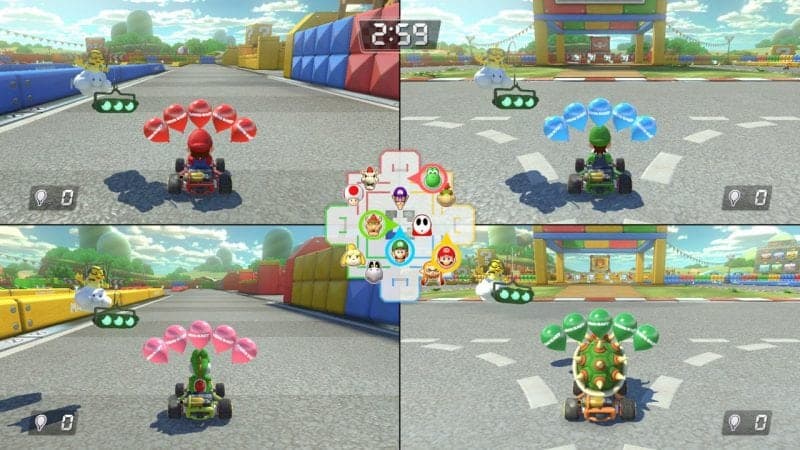 Then there is the revamped Battle mode. Five objective-based modes with each one bringing its own unique competitive angle to its eight varied arenas. When you’ve gotten sick of beating your pals in standard races, these modes offer fun ways to dish out even more punishment!

Mario Kart 8 Deluxe is a simply phenomenal experience and the best version of the game I’ve ever played. There are very few complaints and the only one that really stands out is the addition of ‘Smart Steering’. Another instance of Nintendo trying to hold your hand as it is designed to keep novice players on the tracks. 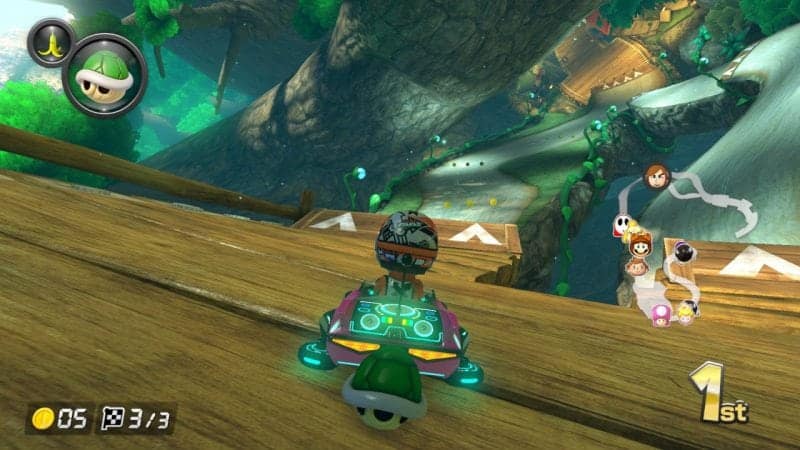 It’s on by default too and while it can be switched off it isn’t clear just how to do so.

…and that is it. That is the only complaint I have. That is how good Mario Kart 8 Deluxe is. A must by for anyone who owns a Switch even if you’ve played it on the Wii U.