Knight Squad is a bit of a throwback game borrowing elements from some old-school titles like Gauntlet & Bomberman.

A party game best enjoyed with a group of friends, you can control 1 of 8 knights whose only real distinction is their colour. The other 7 knights can be controlled by the AI, other players online or locally (which is something of a rarity nowadays). 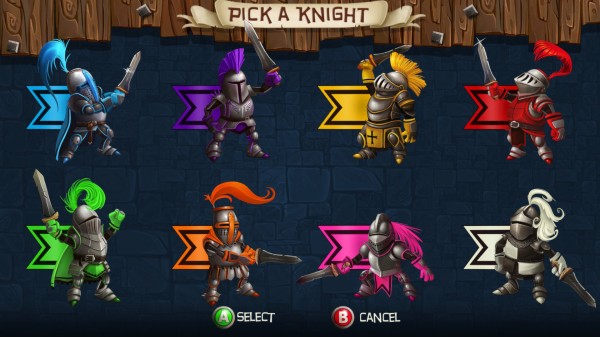 The gameplay is limiting but there is a large amount of variety in the modes, 13 in total ranging from Team Deathmatch to football (Soccer for our American friends) to Capture the Flag. Each mode also has several maps to vary things up.

Combat is simple; you attack with your sword while vying for the randomly appearing special items that give new attacks or better defence. Get used to dying because it will happen a lot. Games can be very frantic with 8 players fighting to win & the online community is still very much alive. Those wanting to avoid online but still get a challenge from the AI can change their difficulty in the menus. 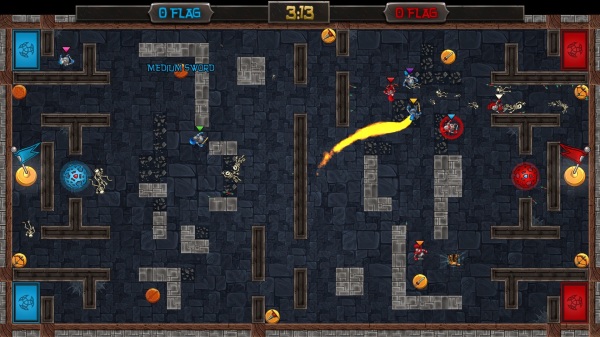 There is very little strategy needed to play Knight Squad…8 players running around killing & dying all trying to reach the same goal. It’s fun but only for a while, with little single player action there isn’t much reason to keep coming back.

What single player offering there is comes in the form of challenges that play out more like boss battles. These can be quite challenging & range in fun but there are only a handful so you’ll be done in a short amount of time.

Achievement hunters can wrap this game up in a short amount of time…3-4 hours.

Fun for a while but it lives & dies on its online community & once that has dried up this game won’t be worth much. 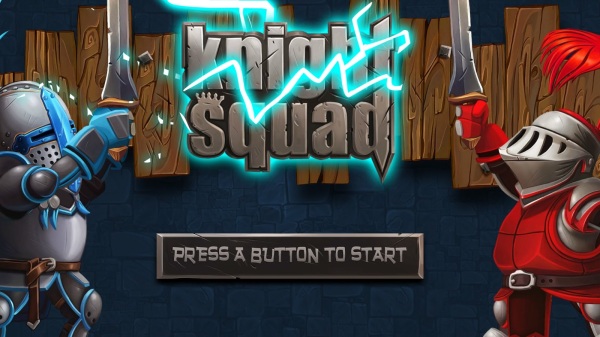