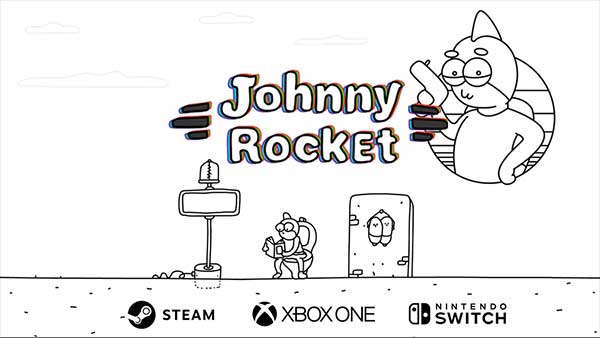 From Restless Corp comes Johnny Rocket, a game that is all style and no substance. A side-scrolling platformer that is as broken as it is short and it’s very short.

At first, you might find yourself taken in by the black and white sketch style visuals of the game. You might also find yourself excited about taking on the ‘Bazi’ Empire, spraying bullets at everything that moves until you reach the final showdown. 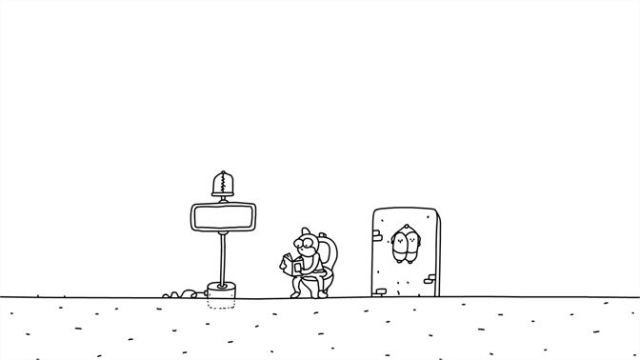 Quickly though, those feelings will disappear, and you’ll likely be left with buyers’ remorse.

The game has three levels. Yes, that’s three levels and three bosses that can be called mediocre battles at best. You control Johnny Rocket who is able to shoot in one direction only – forwards. He can’t duck even though enemies appear on lower platforms, his jumping is messy and hard to control resulting in damage being taken constantly. Not just from the enemies that shoot from the moment they see you, but the spikes on top of the screen. Although sometimes you can shoot through buildings to make things easier but surprise, so can the enemies. Note – this is a bug. 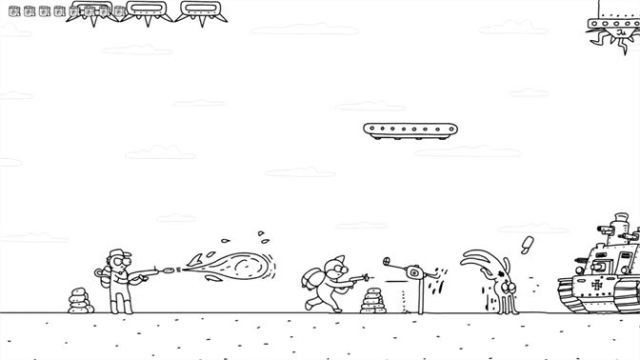 It sounds frantic but it’s not, it’s just messy and no fun at all. Dying is inevitable but it’s not because the game is particularly difficult. It’s because the game design is so poor and so broken. There’s no real skill to this game. It’s part luck, part bugs and part desperation that combine to get through the three levels.

There’s nothing satisfying here especially when it can be completed in around 30-45 minutes. Don’t believe us? Check out our full playthrough at the bottom to see what we mean.

Hilariously, to encourage replay, the game also has a hardcore mode. In a better designed game that would be a welcome challenge but here it’s just unnecessary torture. Take all the problems and make it even harder, who would want to put themselves through that?