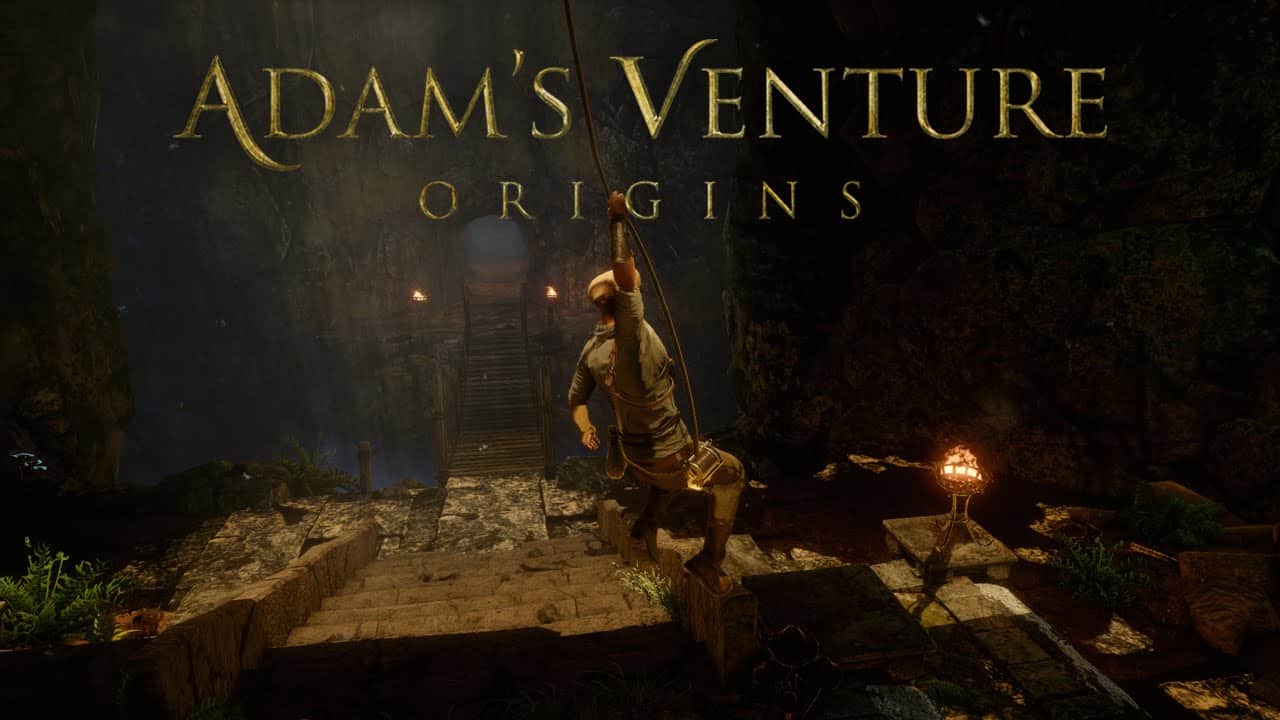 Adam Venture: Origins is a third-person puzzle solving adventure. It’s style of gameplay is more point & click than anything else because it lacks action & you effectively transition from one puzzle to another.

The game reminds me a lot of the Broken Sword series but without even a quarter of the charm.

That’s not to say it’s a bad game but unless you like these kind of linear, story driven adventures you’re more than likely to not get much out of it. 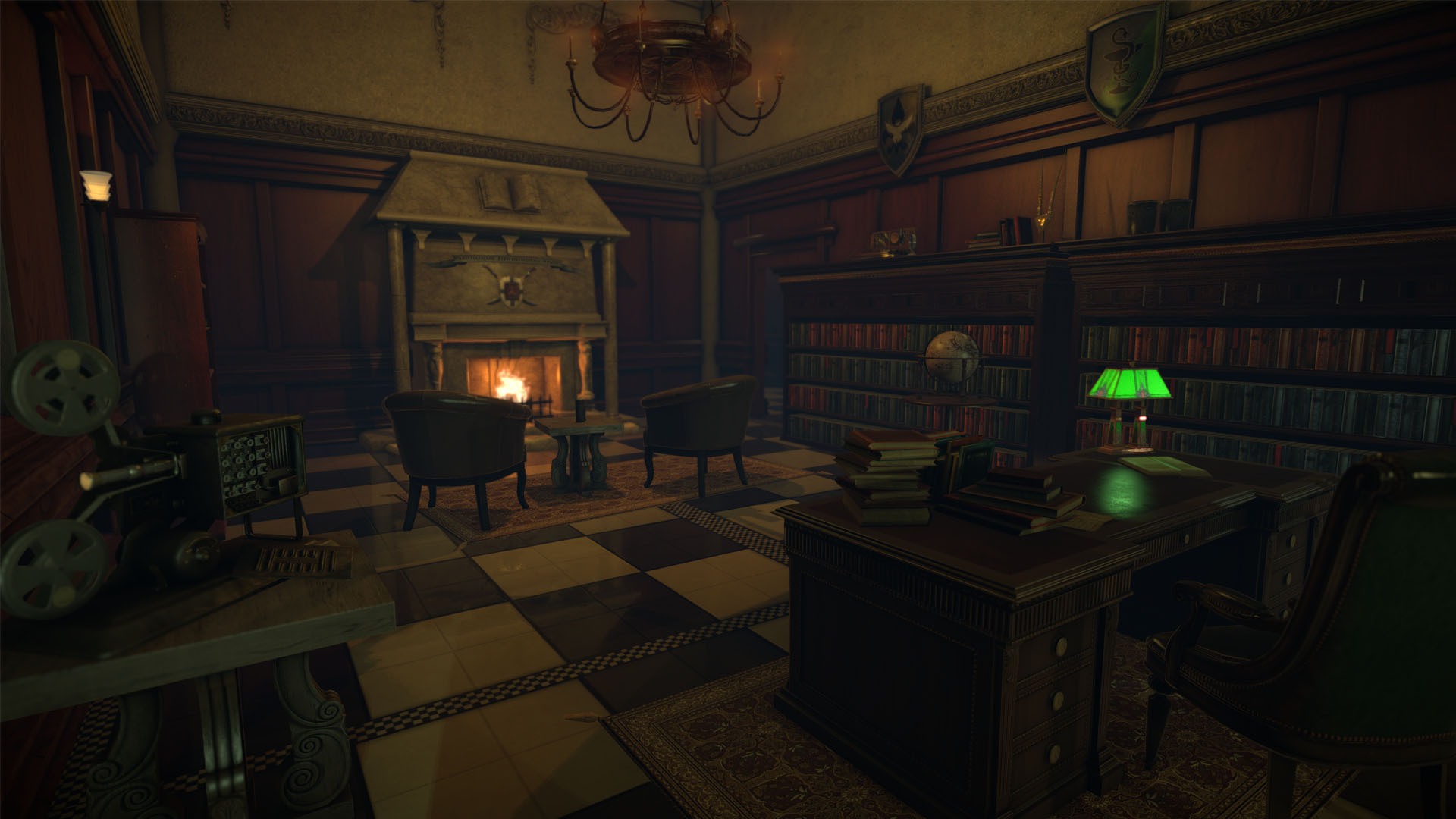 The story begins with Adam Venture, an arrogant young man being woken from his slumber in his fathers office. His father wants him to go find his assistant & than track down a book he needs within the library. This is where control is given to the player & the first problem becomes apparent…Adam moves so stiffly. Moving him around doesn’t feel like you’re moving a person, he’s slow & irritatingly chipper.

Every word that comes out of his mouth is laced with some kind of pun or sarcastic remark. I don’t know if he is supposed to come across charming but it doesn’t work. In fact his dealings with the opposite sex borders on sexism at times (when escaping the airport, listen to the conversation he has with Evelyn about who should drive). I know, it’s set in the 1920’s & things where different then but it just feels unnecessary & hardly endears you to him as a character. 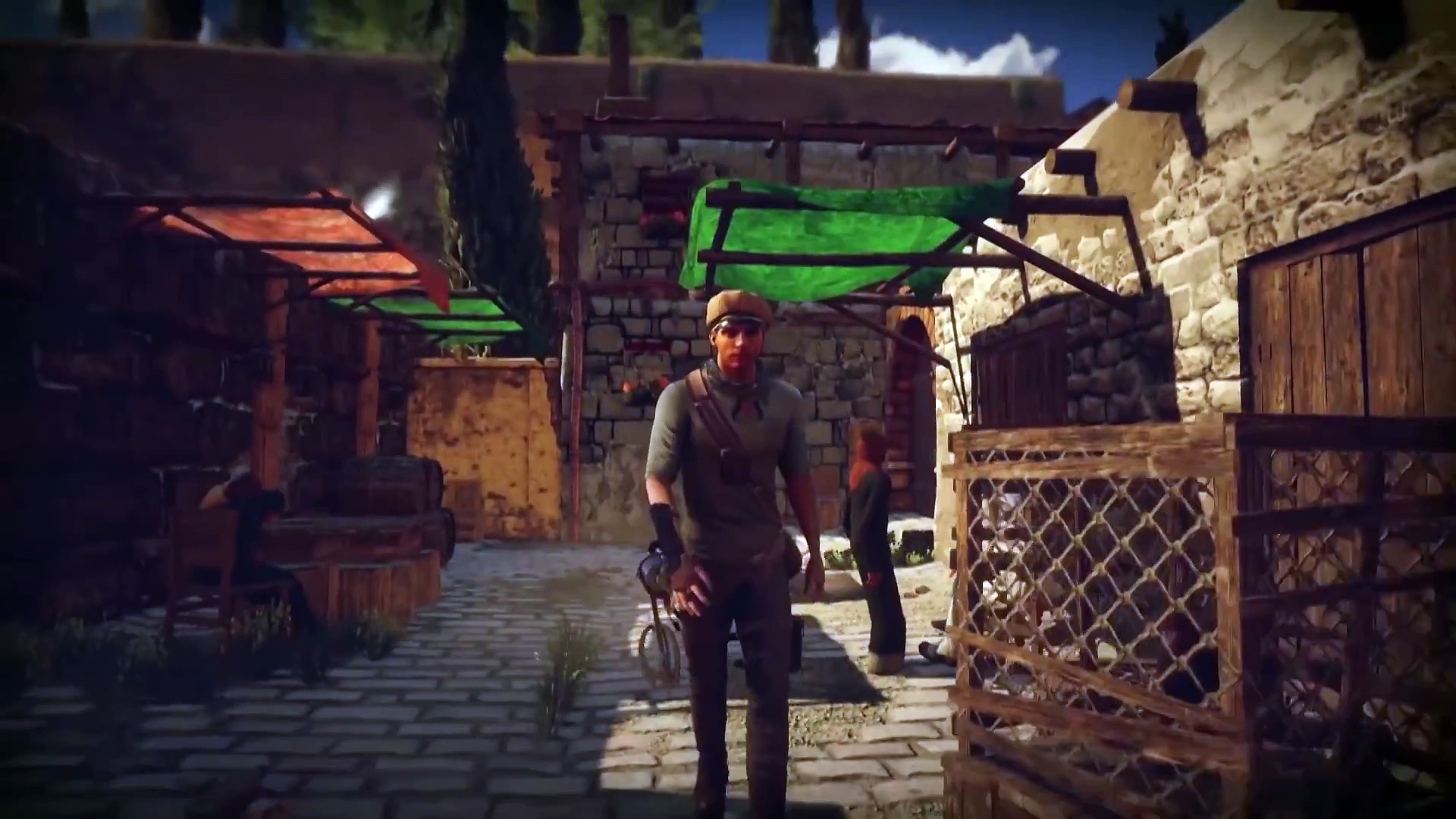 In fact I found myself regularly muttering abuse aimed at him every time you opened his mouth to utter another charmless sentence.

Anyway….so your first task is to find your fathers assistant in the huge house. A chance to explore & get to grips with the tank-like controls, right? Not quite…you see this is where the second problem with the game arises. It’s very linear, almost every door in the house is locked forcing you to take the only path available. Doors that open only reveal small rooms where you can’t interact with anything.

This is continues throughout the entire game as later you’ll be in huge underground caves but unable to explore as there is just one route & that’s the route you have to go. As I said above this ends up making the game feel as though you’re just moving from puzzle to puzzle. 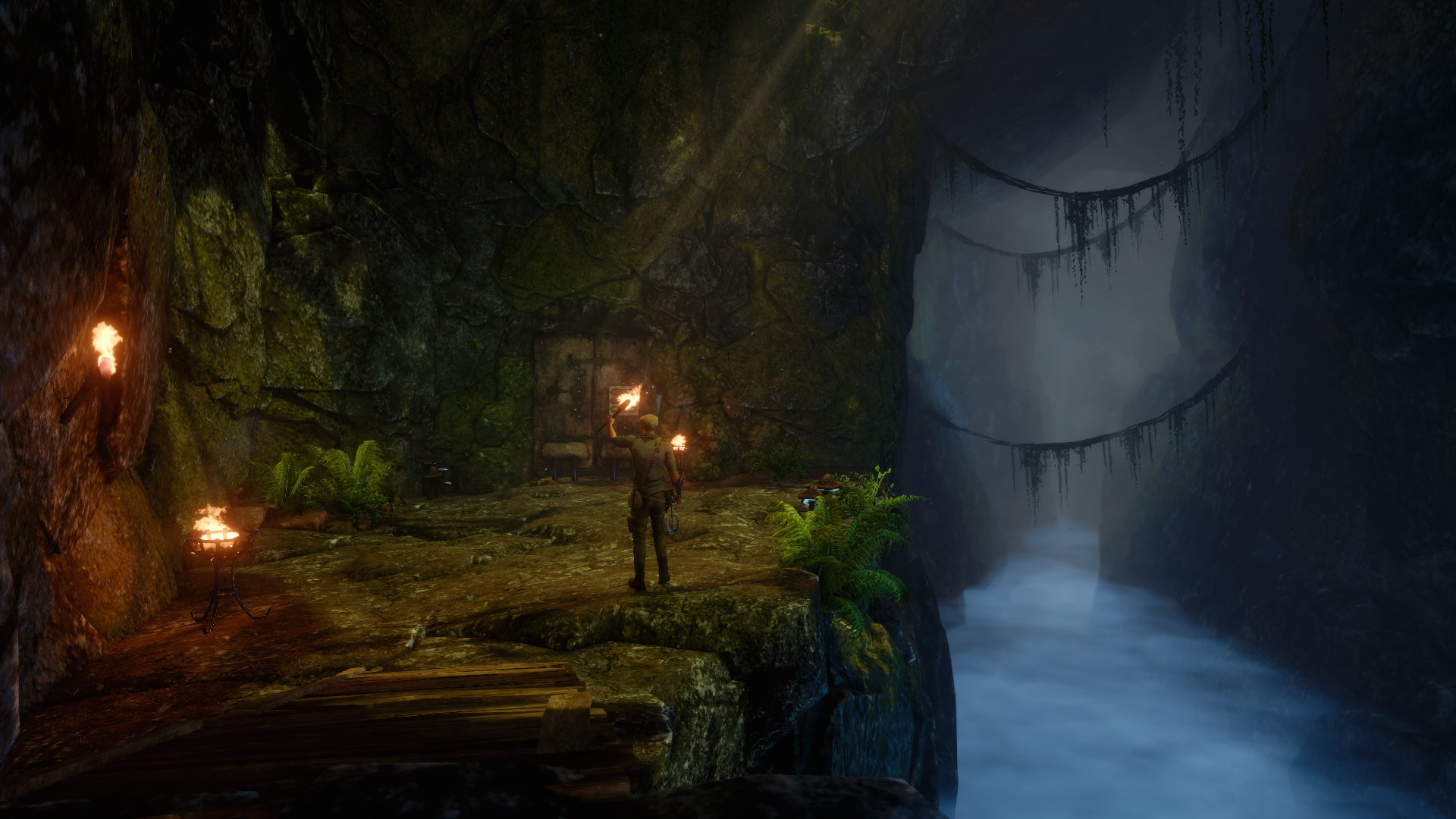 So Adam meets his father’s new assistant Evelyn & together they find the book. Using it they discover a secret cave below the house which Adam explores uncovering a secret that will see the pair travelling across the globe to halt a religious battle that threatens the entire world.

Now it has to be said that this game is actually a remake of a trio of games that were released between 2009 & 2012. Here the game has been streamlined, updated & given the next-gen once over. Locations are varied & often very nice to look at…from a distance. The game suffers from a lot of texture pop-in & seems to worsen the closer you get. 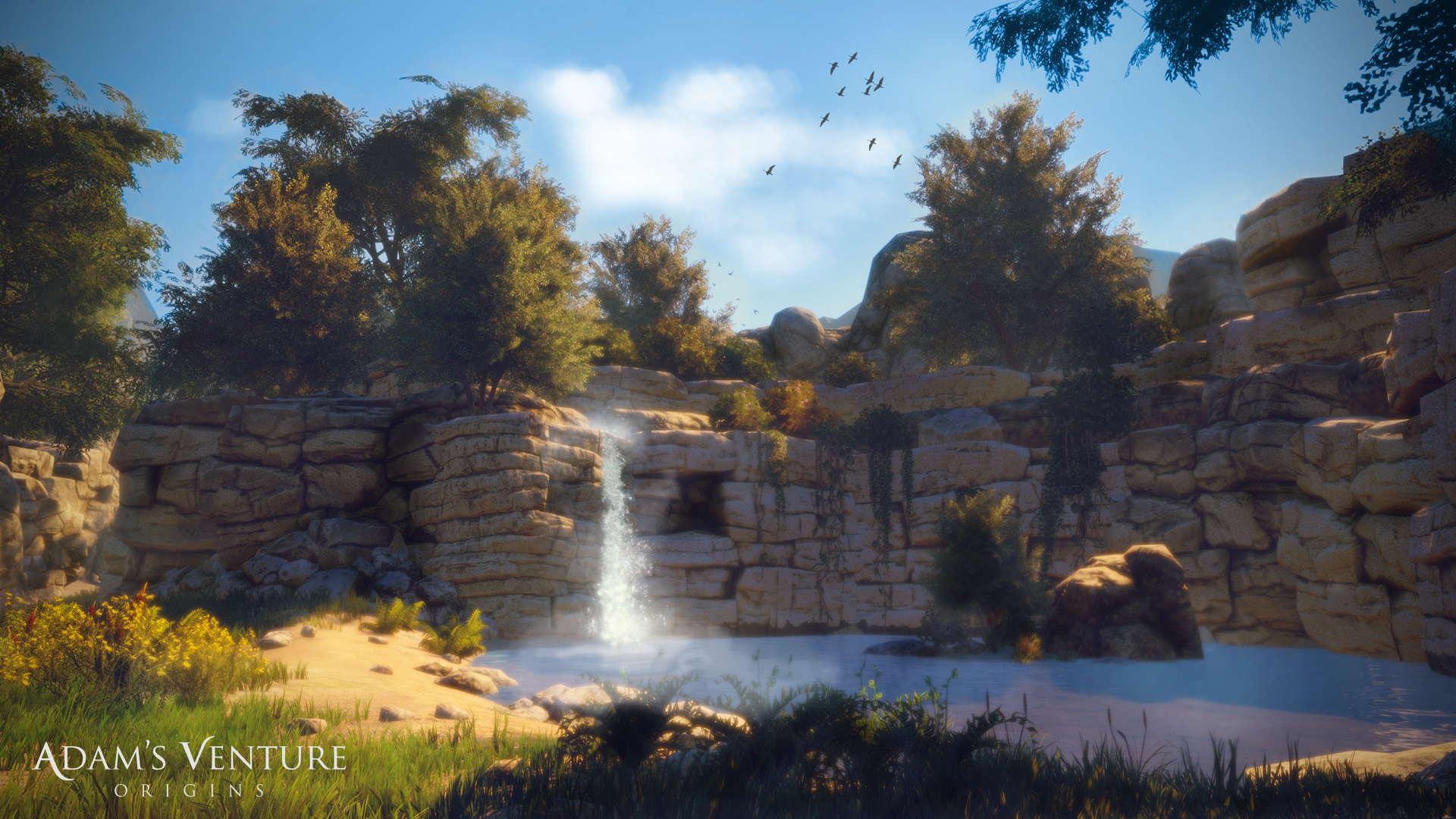 With so little to do in each location though you’ll just rush through them, you can’t really interact with anything or anyone save for a little piece of pointless dialogue.

The majority of the game is made up of puzzles & there are a lot of them with some real brain-teasers thrown in. I enjoyed a lot of these & I liked that the game didn’t hold my hand for most of them. Initially confusing it quickly turns to satisfaction as you begin to unravel the solution. Guess work isn’t going to fly here, you need to work for your reward…which is often just another puzzle a short while ahead. 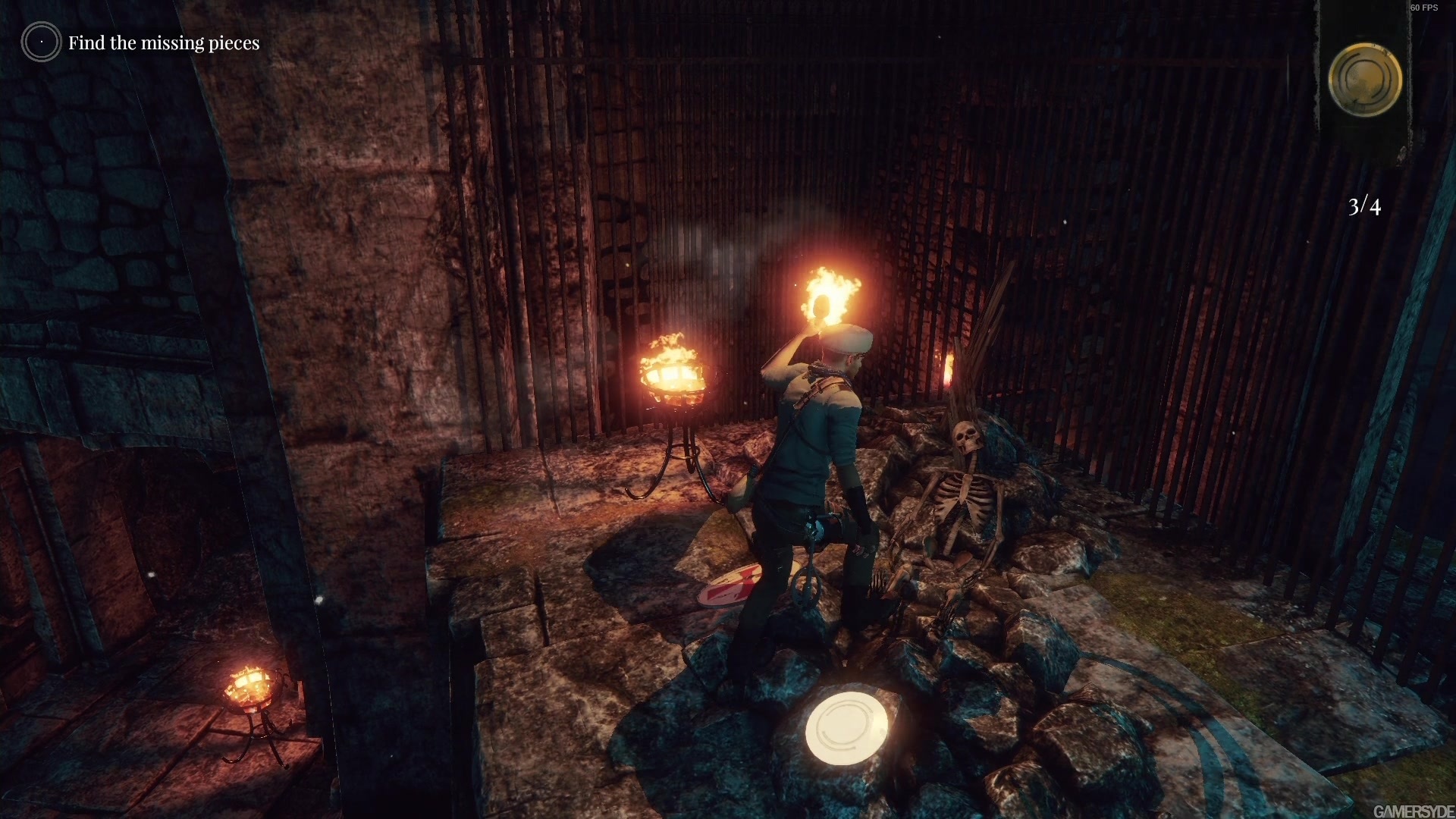 Ultimately Adam’s Venture: Origins major selling point is its story & it keeps you interested for the most part. Adam & Evelyn’s blooming romance is extremely unconvincing especially considering how much of a twat he is. Worst of all though is the ‘bad-guy’ whose dialogue is horrendous, his motivation sketchy & threat extremely unconvincing. Seriously, during one of his speeches at the end of the game the character of Evelyn started doing stretches as if she was bored even though he had her captive! Even she wasn’t worried about him!

If you’re coming into this game hoping for a mesh of Tomb Raider style puzzles & action with Broken Swords epic story-telling you’re going to be disappointed. It lacks so much in so many departments but does tell a interesting story & doesn’t over-stay it’s welcome (can be finished fully within 4-6 hours). The puzzles are fun, challenging & visually the game looks pretty good. 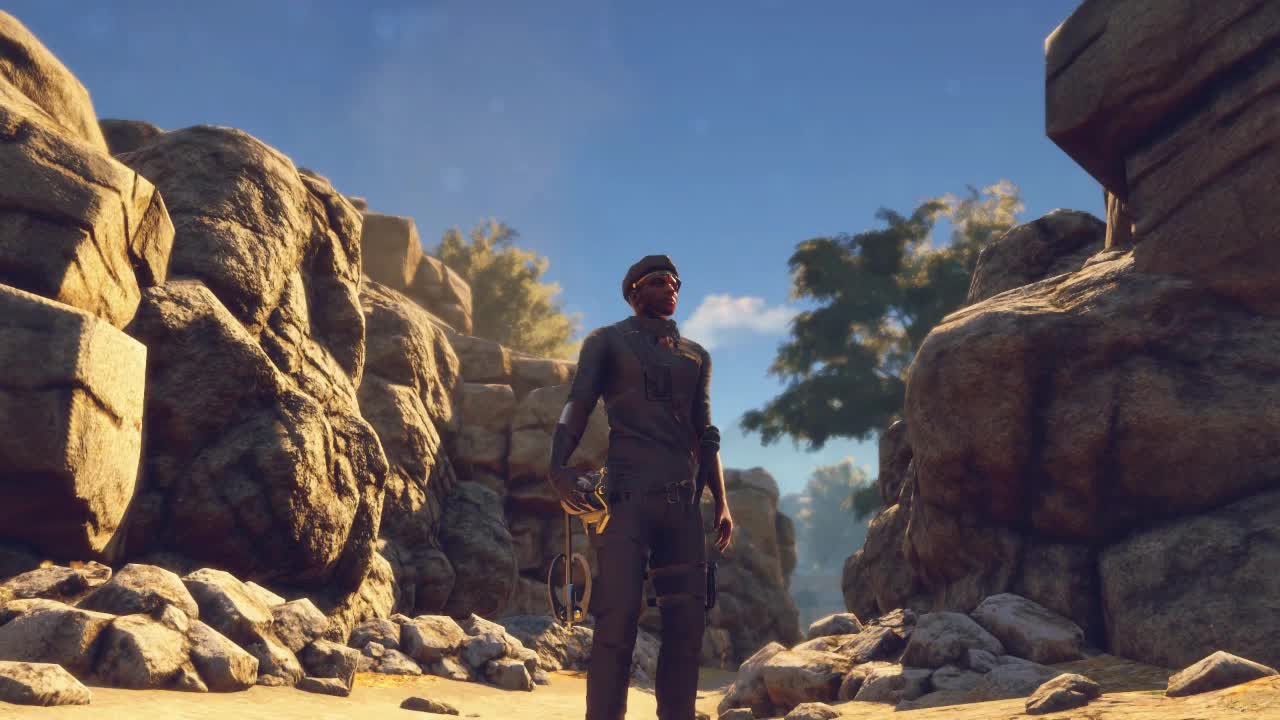