The Dead Space universe is one that was perfect for expansion, with comic books & even feature length animated movies. Dead Space: Downfall was the first of two movies & is proof that not all video game to movie adaptions are bad. In fact Downfall is bloody brilliant…emphasis on the bloody!

Set before the events of the first game, we see a marker being discovered on a planet called Aegis VII so the mining ship USG Ishimura is sent to retrieve the relic.

If you’re a fan of the game those few lines there should be enough to make you want to see this film. You see, Downfall is telling the story about what took place on the USG Ishimura before the USG Kellion arrives, the ship with Isaac Clarke aboard.

Arriving at the planet they see a massacre has taken place, so the Captain orders the planet quarantined & that they return to Earth with the marker aboard. Before they can do that a miner desperately trying to escape the horror on the planet & save his wife (who is long dead) ignores the order to stay back. He manages to crash his shuttle onto the Ishimura just as his dead wife transforms into a bloody-thirsty creature & kills him.

A group are dispatched to investigate the shuttle but find it empty. The monsters have escaped & are now spreading throughout the ship. Add the religious fanatics of the Church of Unitology into the mix; a madness that spreads throughout some of the high-ranked officers & it’s clear that the Ishimura is not in a good place.

Downfall is a film where you know the outcome (for the ship & most of the crew) but instead focuses on a handful of characters attempting to survive. Led by Alissa Vincent, they do everything possible to survive before realising that they have to stop the spread of the necromorphs (during a rescue scene near the end look out for Nicole, Isaac Clarke’s girlfriend).

What makes Downfall such a compelling watch is the wonderfully detailed & graphic animation style, looking more like a moving comic book it splashes the blood & gore around as if it’s going out of business. Make no mistake, this is an adult only animation with plenty of swear words, some nudity & buckets of blood.

The voice acting is fantastic, really memorable stuff & the sound effects that come out of the necromorphs are terrifying (having played all the Dead Space game it really does take me back to that world).

The ending is perfect, confirming what we know about the marker, the USG Ishimura & the necromorphs that were aboard it. It’s a satisfying end to the characters & ensures that there are no continuity issues with the games. 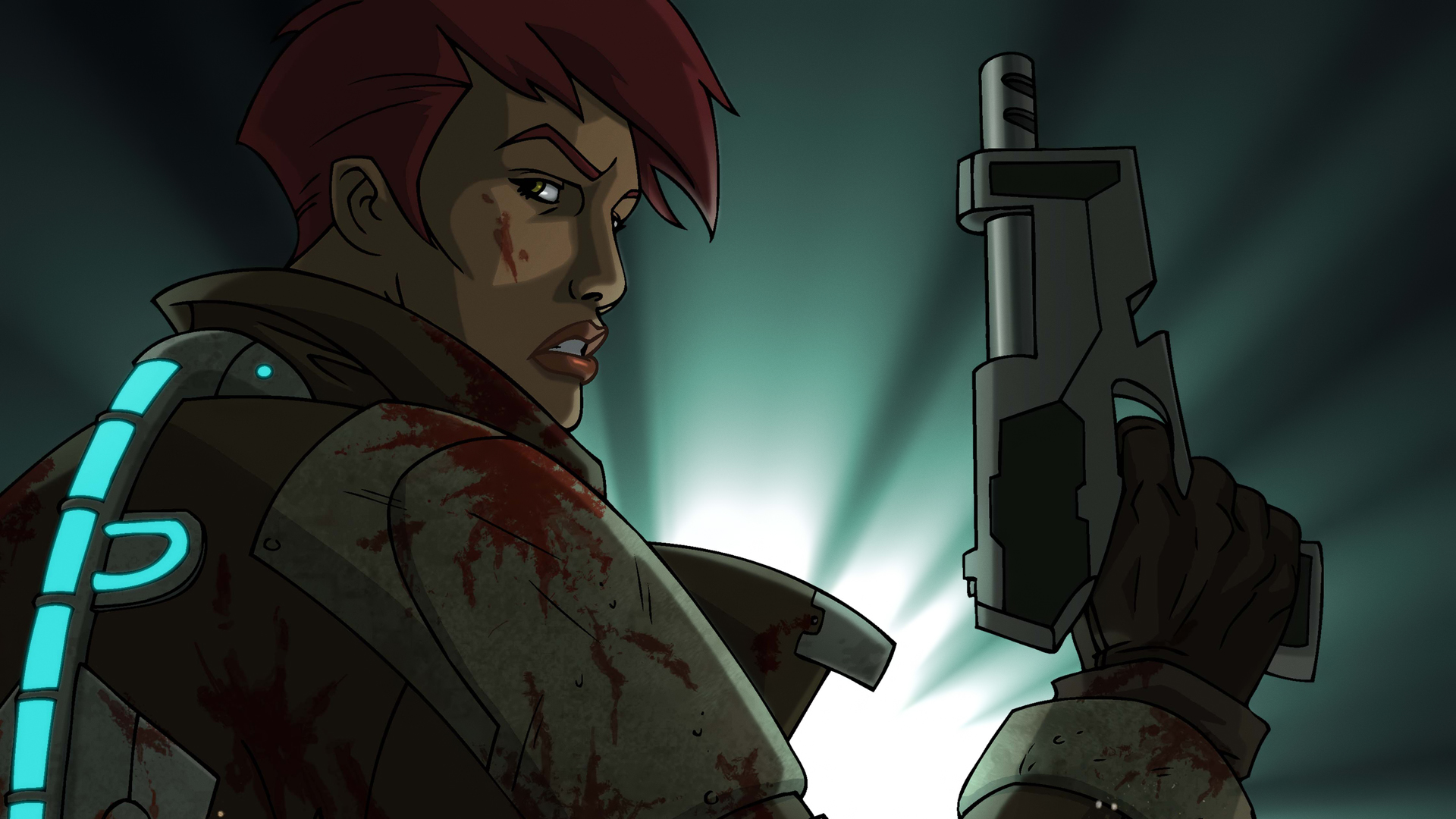 The final scene shows the USG Kellion arriving at the USG Ishimura just in time for the start of the first game. Ready that plasma cutter…