Get ready for Tragedy in Hope’s new EP ‘Smile At Death’. Written and recorded with equal amounts skill and passion entirety by Sasha Giller, Smile At Death will be self-released on November 22nd 2019.

Smile At Death is a shot in the arm for not just Black Metal enthusiasts, but for anyone enticed by the heavier, darker side of music. Giller discusses the story behind and the essence of Smile At Death, as follows:

Each song of the EP contains a detailed story and artwork. While most of us enjoy the music itself, it is nearly impossible to understand the full meaning behind it without a story, more than that, sometimes a song can be heard in brand new ways, when a person understands what it is about. Thus, it would be really nice if you find some time to read the lyrics.

The music itself is based on black metal genre. However, the thing is, there was not a goal to follow the sound of the genre, but to convey a certain emotion whether it is rational madness, airy heaviness or just, as I call it, happy sadness. One does not necessarily exclude another.

Also, the album artwork includes almost all important details mentioned in the lyrics. For example, the atmosphere itself and the street is from “Grim Love Story”, the child is an allusion for “young and hopeless madmen” from “Smile At Death”, the crow symbolizes death “which whispers a somnolent spell” from “Pierce The Heavens”. There are lots of details, which I made an effort to explain in songs’ description.

I hope you’ll enjoy this sweet, but short EP made by enthusiasts for enthusiasts.

With the sound of depressive horror, Smile At Death lets us immediately know what we’re in for.

A horror show with devilish and evil sounding black metal really kicking off with the intensity of the title track. Very fast, very wild and very impactful. It’s got gothic tone layered amongst the harsh black metal rhythm which is very pleasing to the ears.

Pierce the Heavens is even more full-on but at double the length of the previous, it scales the tempo back a tad while retaining some serious savagery.

Finally, it’s Grim Love Story, an uber-goth black metal listen with a fair bit more atmosphere. Although it has to be the said, the itch at the back of the brain becomes maddening here as you can’t help but draw parallels to the likes of Cradle of Filth.

It’s so short that it’s here and gone in a near instant but that does just make it all the more delicious. You might find yourself taking another bite and another and another… 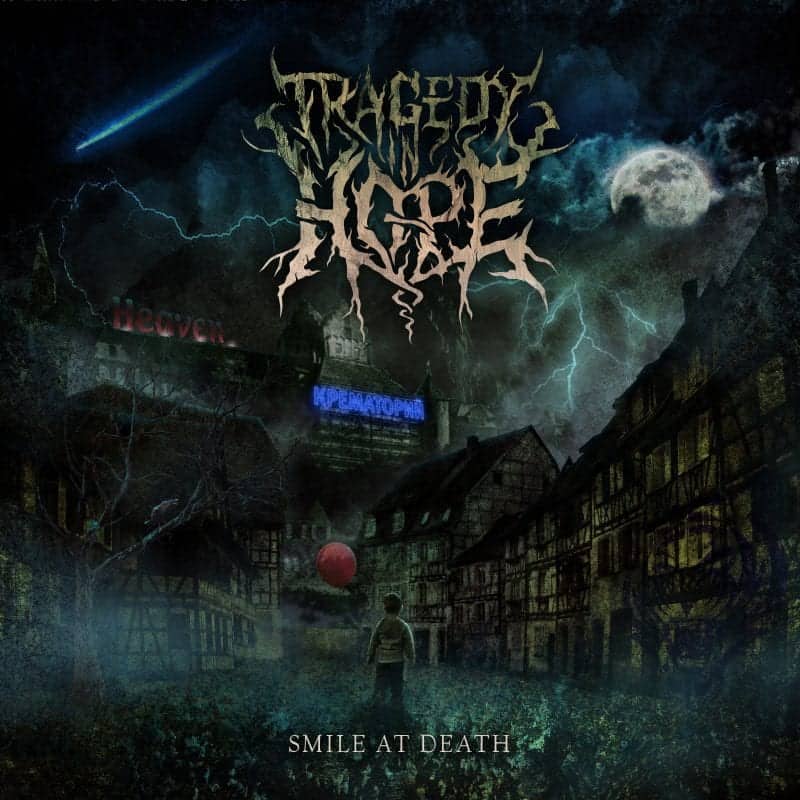 1. Alone in the Woods
2. Smile At Death
3. Pierce the Heavens
4. Grim Love Story

Tragedy In Hope - Smile At Death (Self Released)