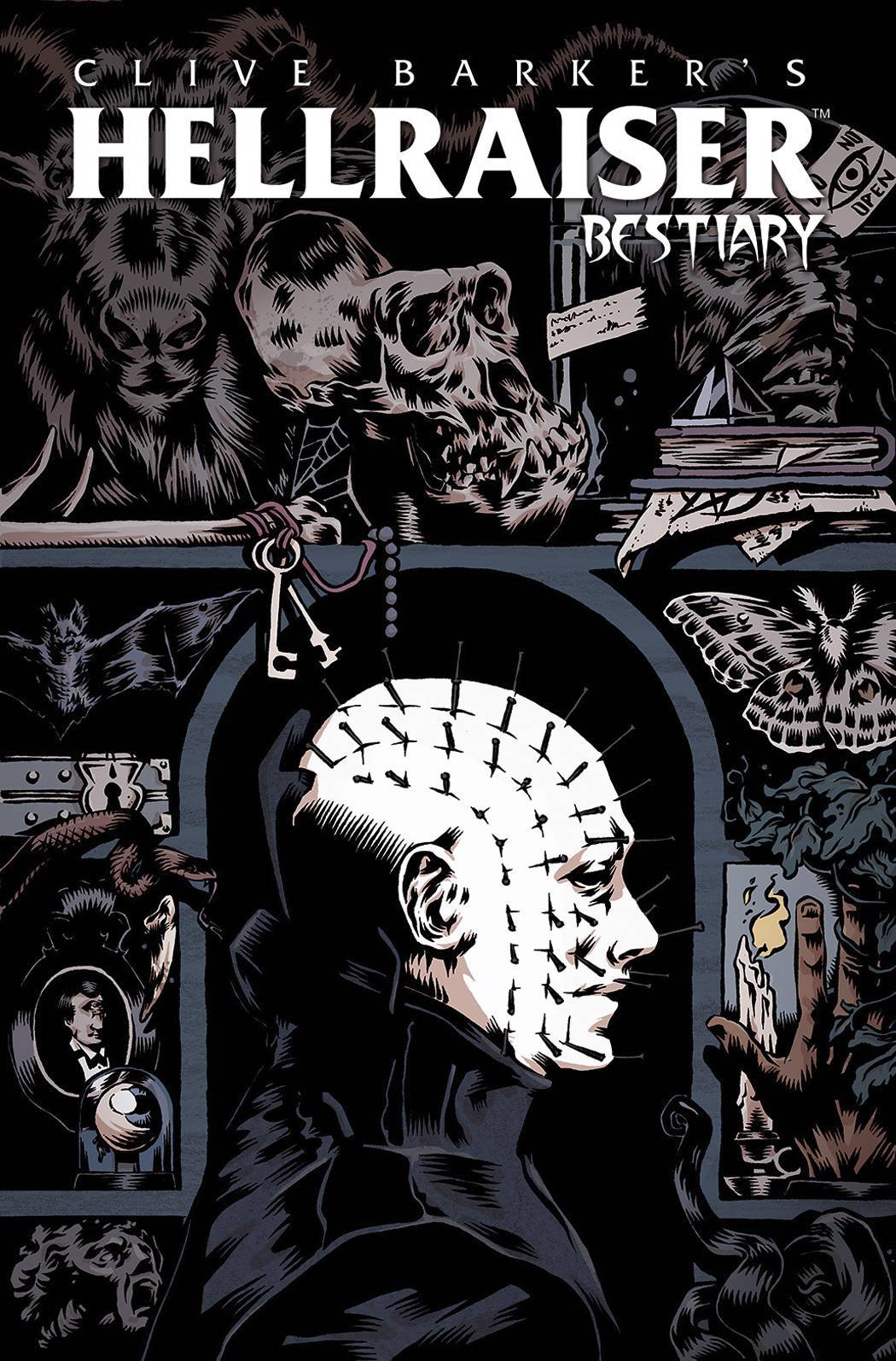 Clive Barker’s Hellraiser is a world filled with brutal & gory imagination. The first film is a classic & while the sequels never reached those heights there were plenty of interesting & cool ideas among them.

Hellraiser: Bestiary is a 6 part comic book series that delves deeper into the world of the Cenobites & Pinhead. The comic books feature several short stories that show times when Lemarchand’s Box has been opened either by accident or on purpose. In addition there is one continuous story that plays out over the series. 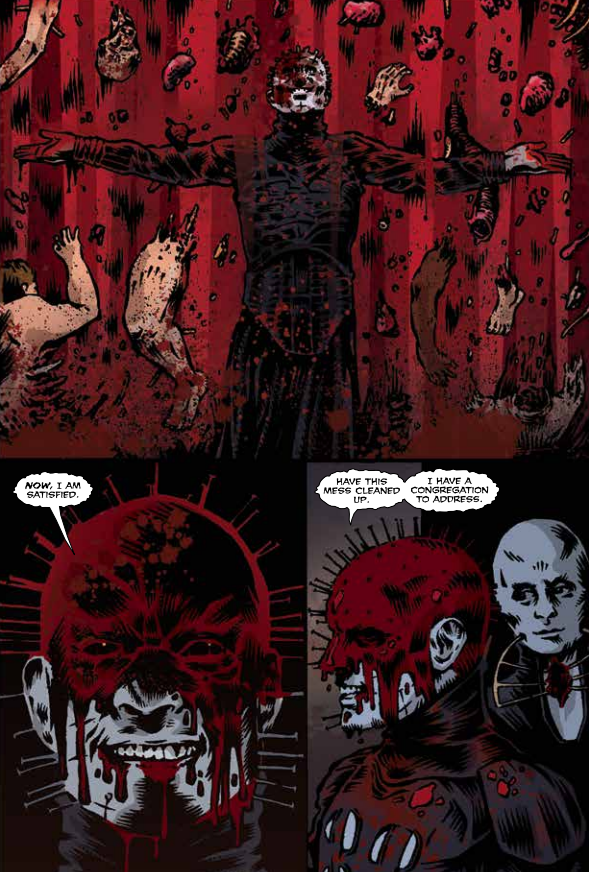 This story deals with a group of hunters hired to capture Pinhead & remove the pins from his head. The buyer is willing to pay a hell of a lot for each pin but the hunters make the mistake of not ensuring Pinhead is dead afterwards.

Badly hurt but excited by the pain he sets about reclaiming what is his, something that will see him go up against the heart of Christianity itself!

The series has a number of different writers and artists all with their own unique styles. Some darker & bloodier than others but all with the same goal…brutality is king here. Pain & suffering are what the Cenobites are all about & that is shown in great detail on the pages. 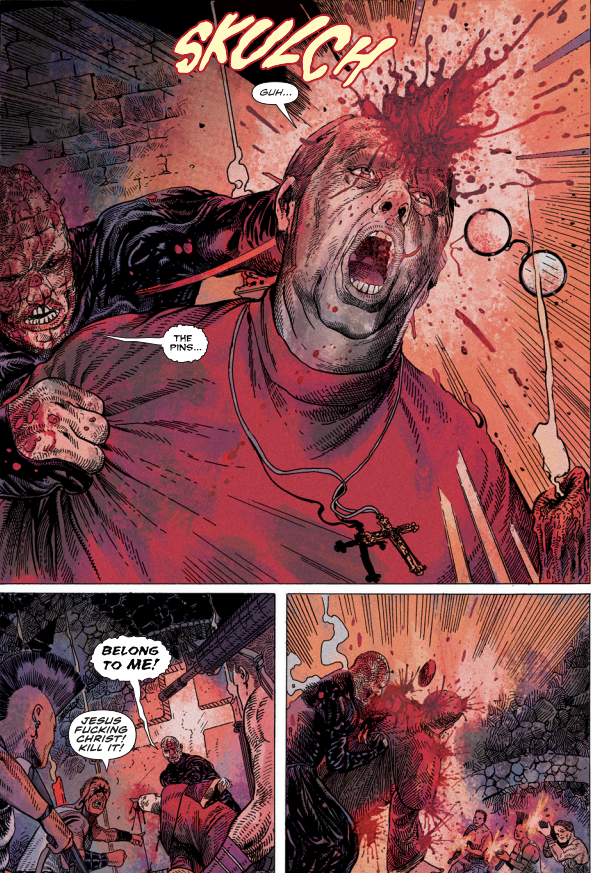 Some of the stories are incredibly visceral & the artwork deserves high praise.

The writing is mostly excellent with only the occasional one letting the side down with a lack of imagination in both art & story. The main story (The Hunted) loses its way near the end becoming outlandish, very cartoony & even a bit silly. Something that really shouldn’t apply to the Hellraiser world.

My favourite thing regarding this series though are the moments where we see the Cenobites within their own world. It’s a look behind the veil at a land that we don’t know much about. It’s brief but very exciting.

If you’re a fan of Hellraiser & always wanted more than just the films or books then this is perfect for you. Well worth a read!