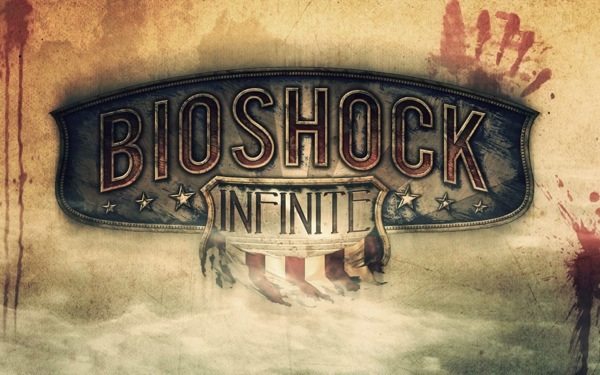 Bioshock is a game that I hold very dear to my heart, when I first played it the visual & story elements blew me away. Rapture was like no place I had ever visited before & I loved exploring every nook & cranny to see what new delights I could uncover. Bioshock 2 was more of the same & while many did not enjoy it I loved it (including the multiplayer).

Anticipation has been high for Infinite’s release, having been delayed numerous times you could forgive the urgency in fans desperate to get hold of it.

Bioshock Infinite’s story sees Booker Dewitt hired by persons unknown to travel to the city of Columbia & find a girl called Elizabeth. ‘Bring us the girl & wipe away the debt’ is the line we hear throughout the story. Booker doesn’t care about the whys, he has a job to do & he is going to do it. This is no easy snatch & grab though, Columbia is ruled by the prophet Comstock & Elizabeth is under lock & key by his hand. Getting to her will see Booker fighting across Columbia’s vast floating buildings but that is only 1 half of the game.

Once rescued Booker & Elizabeth will have to get out of Columbia but Comstock isn’t going to make it easy for them. Elizabeth is special & she can change everything. Watch out for Songbird….

The journey to Columbia is quite something & shares similarities with the opening of the original Bioshock but once you arrive the difference is immense. 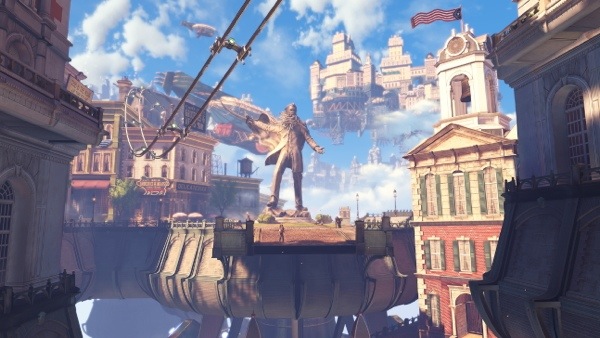 Columbia is so bright & beautiful, it all looks so clean compared to Raptures grimy & dirty underworld. The opening of the game gives you a chance to explore the seemingly peaceful & happy location. You can rush through should you wish but you would be missing out an host of impressive moments such as the barber-shop quartet!

It all seems so perfect….but look closer & you can see signs that things are not quite right. This really hits home once you arrive at the carnival & the raffle. I won’t spoil it for you save that this is where the game really gets going.

So lets talk combat because you are going to be involved in a lot of it. Annoyingly you are only able to carry 2 weapons at 1 time & realistically you will cart around at least 1 heavy weapon for dealing with some of the bigger enemies. That leaves you with 1 space for another weapon which seems a little limiting. Booker holds the weapon in his right hand & uses Infinite’s version of plasmids, called vigors, in his left hand. There are 8 in total ranging from fireballs & lighting bolts to possession & swarms of crows. Some feel really unpowered & you might find yourself using 1 or 2 only. For example I barely used swarm of crows as I couldn’t do enough damage with it. You can upgrade them for a price as you go along when you find distribution stations. 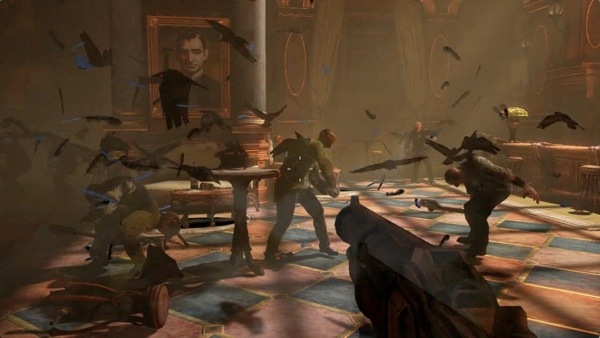 Instead of eve to top up your vigor powers we now have salts of which there is plenty of. Other enhancements can come from gear that you can equip be it a new hat that gives you increased scope on sniper rifles or new jackets that increase your shields regeneration. Many seem to do so little that you wonder why you’ve even bothered though & other then one I had that saw a dead enemy who had been hit by lightening arcing the sparks to other nearby enemies I can’t remember having anything else useful.

You will spend a lot of time fighting standard soldiers who offer little resistance but alongside the cannon fodder you will find the tough firemen who are immune to fire & use it well as a weapon. Crow fathers are a pain while the robotic founding fathers are a very cool inclusion (robotic Franklin, Jefferson & Washington). None of them compare to the excitement of dealing with a Big Daddy though except for the Handyman. 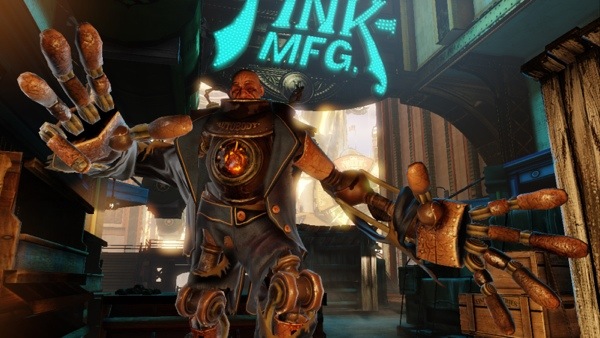 They are men who have been struck by illness (cancer etc.) & their families have agreed to have them entombed inside the metal case to prolong their lives even if it means they are no more then a slave. These hulking beasts take a lot of work & expect to take a lot of damage, there is no let-up with them & they constantly rush at you slamming the ground.

One of the coolest inclusions are the sky rails used to transport cargo around. Once you have hold of a hook you can jump & magnetically hook onto any rail taking you to a number of new areas as well as offering a dynamic new way to fight. Once on a rail it’s easy to get disoriented though so have a plan in mind before you do get on. 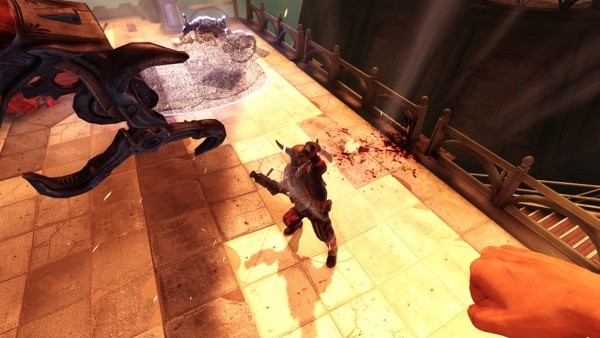 The hook also doubles up as a melee weapon.

Before I wrap up this review I have to talk about the actual star of the game, the excellent Elizabeth. Easily one of the most interesting characters to appear in games for a long time & a decent co-op partner as well. Her innocence & naivety are exceptional traits to see in a person especially after what you have seen leading up to her. To watch this all crumble as she sees death & destruction is really emotional & her story leads to one of the best revelations that anyone could have hoped for. 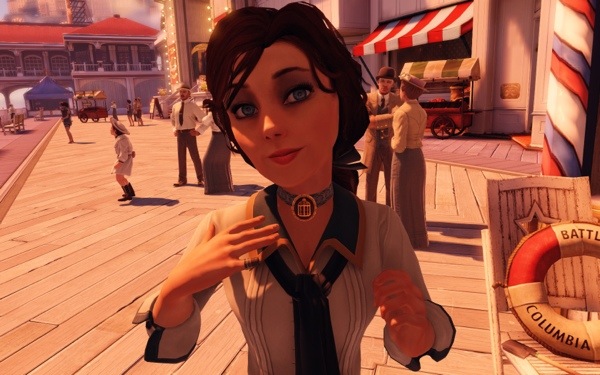 It’s not all story elements that she adds though, as a co-op partner she is very useful. For starters she keeps well out of your way during battles often hiding but should you be low on health, salts or ammo she often has something to toss to you. These can be life-saving moments, I can’t tell you how many times I was in a gun battle when my machine gun ran dry & up popped Elizabeth with a clip of ammo. Sure it makes it all bit too easy but if she didn’t we would have serious problems as most vigors just don’t have the power to take down enemies alone.

Even when not in combat she will often find money to help you on your way, it makes her useful & she always has something to add be it questioning or accusations. It never gets annoying & it feels like they are 2 people thrust together trying to escape a city of nightmares. The relationship between Booker & Elizabeth is good, they interact well together & offer some touching moments in the game.

Elizabeth’s real use comes from her ability to open tears in space bringing through useful battle aids such as walls to use as cover & additional firepower. All Booker needs to do is find one & ask Elizabeth to open it. It’s an ability with a lot of questions surrounding it….just like Elizabeth. For example…what is her relationship with the mighty Songbird (her protecter) & why is it so desperate to get her back? 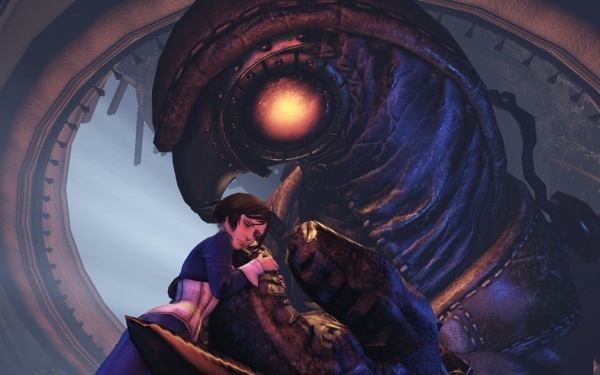 So is Bioshock Infinite perfect? No of course not. The 2 weapon limitation, underpowered vigors & repetitive enemies are problems. At certain points in the game it looks like you are given choices as if there might be different outcomes but their isn’t & the choices are pointless. Why? Who knows.

I think the main reason a lot of critcs are giving it perfect 10 scores & top marks is because of the ending. Now Bioshock Infinite has one of the best endings I have ever experienced in a game. It’s satisfying, complete & emotional. It makes games that cop out like Mass Effect 3 look even worse.

I won’t spoil it for you but trust me if you are a fan of the series this is an ending you have to see. 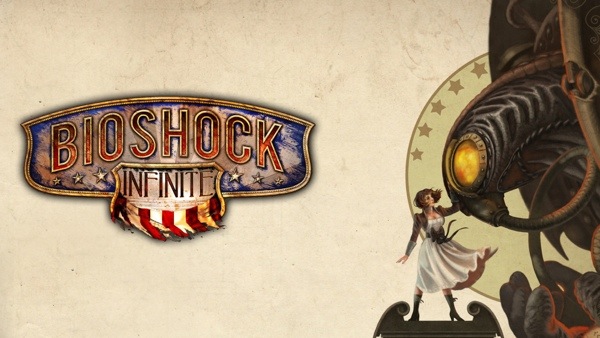