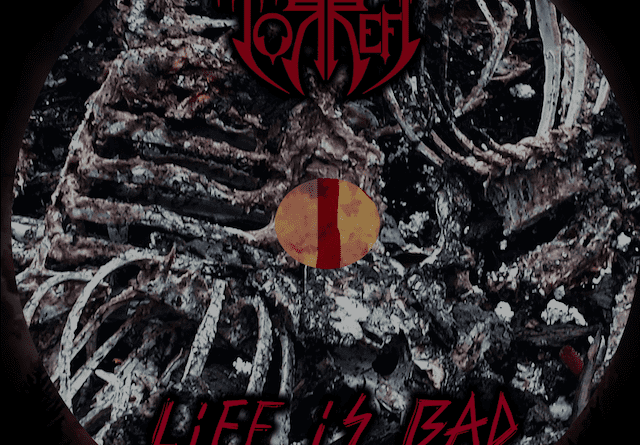 Black Speed Death Thrash! That’s what Canada’s Torrefy offer on their forthcoming album Life is Bad, set to be self-released on July 1st 2020. 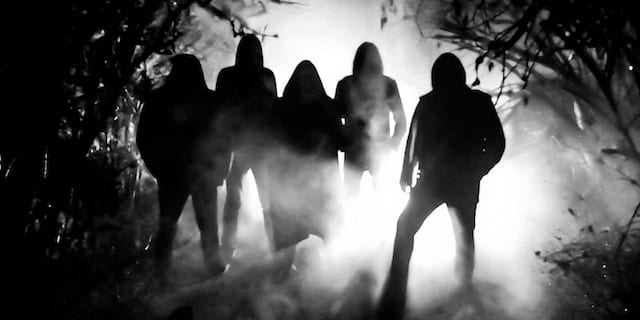 Torrefy issued the following statement concerning Life is Bad and the progression of the band’s sound since the release of 2016 progressive thrash album The Infinity Complex:

Life is Bad is not a departure for Torrefy. Rather, it is a continuation of the journey to becoming the band that Torrefy was meant to be. Torrefy’s previous work lay more in the realm of Thrash metal, albeit not traditional Thrash due to our leanings towards a more progressive sound and a blending of influences ranging from Thrash metal to Death metal, Black metal, Classic rock, and Punk to name a few. Our new record is another step towards creating a sound that we refer to as ‘Black Speed Death Thrash’. We feel that this album will showcase the band’s improvement in songwriting, vocal delivery, instrumentation, and production.

Life is Bad is not a concept album like our previous album The Infinity Complex. Instead, as the album title indicates, it is thematically geared towards the fact that life is pretty brutal. The songs are emotionally charged and full of diverse themes including an awareness of one’s inescapable mortality, humanity’s unending greed and the desire for conquest and their refusal to learn from their past, to being overrun by a swarm of other worldly, bloodthirsty insects, and being caught in a machine that is perpetually killing you and keeping you alive at the same time.

We think that this album is the best and most true representation of the Torrefy sound. We hope that you dig it!

The heavy metal flurry that comes from opener Sarcophony is certainly an eye-opener of a start. Rooting the track in thrash and speed initially, it doesn’t take long for Torrefy to expand into death and black metal territory. It’s such a mashing of styles that it’s amazing it all works so well together.

That’s just the start though and Torrefy aren’t letting up in the slightest. Eye of the Swarm and Outrun By Wolves a pair of wild and intense listens. Whereas GFYD is a bit more compact, the guitars raging and Arborequiem goes in a similar direction as the opener. Long, detailed and rampant metal.

That track is Torrefy at their strongest but even though the latter part of the album loses some of its lustre, it certainly isn’t lacking in passion. Although the distracted mind might come more from the length of the album more than anything else (around 64 minutes).

Although it is consistently unrestrained noise, the likes of The Thin Line, Cells, Torn Apart By Machinery and Plague of Empires have so much more to offer. The mental battering dished out by the speed punctuated by thrilling solos. The riffs tearing through the meaty percussion like a sharp knife and the vocals continuously screaming bloody murder. 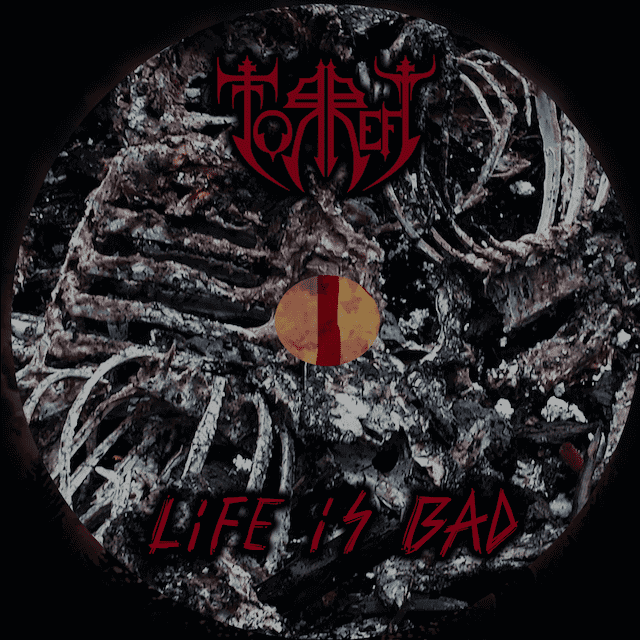 Torrefy - Life is Bad (Self Released)