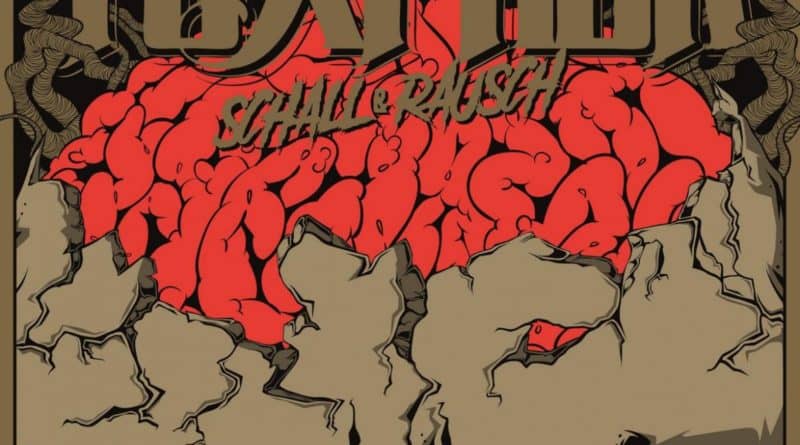 Toxpack are a German band who hail from the city of Berlin. They fuse punk, rock, hardcore and metal to create infectious and energetic music designed to get us all off our butts and jumping around. Their latest release is called Schall & Rausch which translates to Sound & Noise.

Toxpack were founded in 2001 and have released five full length albums before now in Stadtgeflüster (2001), Die andere Seite (2003), Aggressive Kunst (2005), Cultus Interruptus (2007) and Epidemie (2009). They have also released two EPs called Racheengel EP (2002) and Vergeltung Split EP (2003). Toxpack are Schulle on vocals and Tommi on the lead guitar. Erik looks after the rhythm guitar with Martin on bass and Hinni on drums. 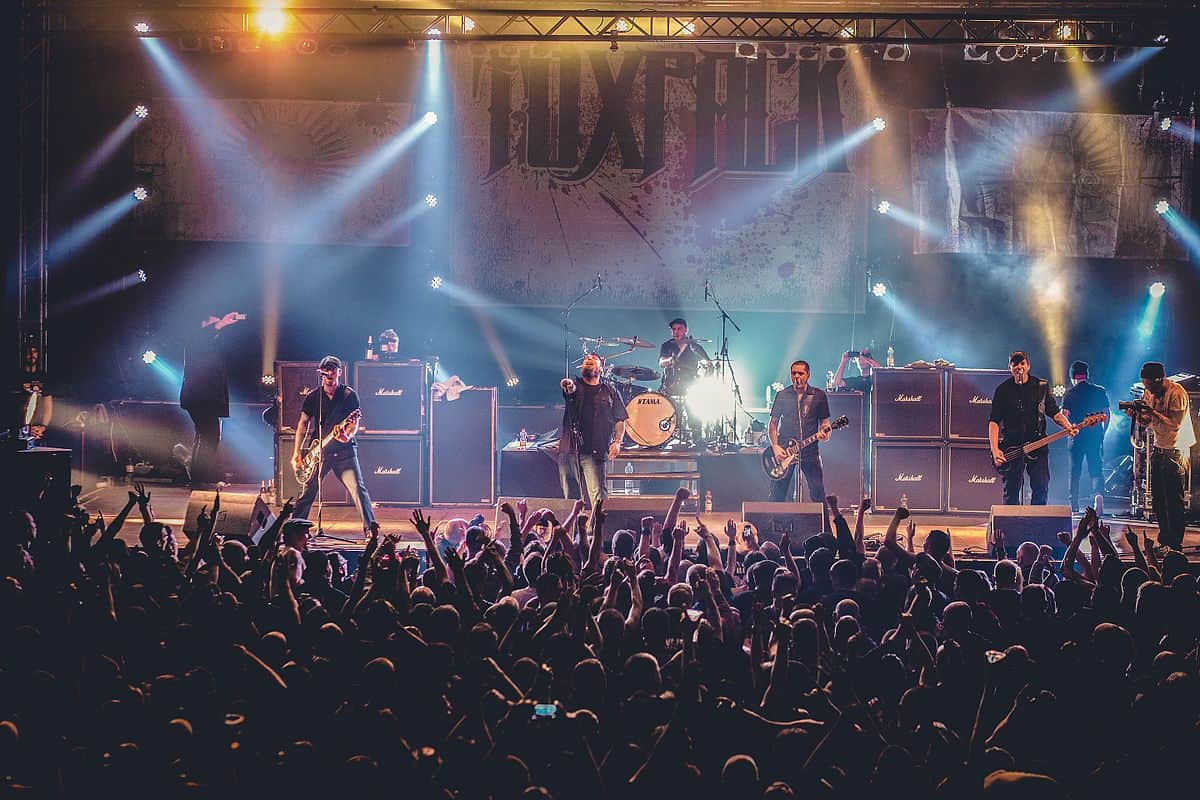 Schall & Rausch, and all of Toxpack’s previous work, is all written and released in their native German so lyrically, I haven’t got the foggiest idea what they are saying. I can pick out the odd little bit here and there but not much. Luckily for us, you don’t need to understand a word. This album creates one of those wonderful moments where music speaks a single universal language. It is fast, catchy and brilliantly infectious.

Schall & Rausch has 16 songs on it and is around 51 minutes long. After a short bassy musical intro on track 1, Intrada, the album explodes into bouncy, punk rock fun with Kommerz (Die Geier kreisen weiter). Fast drum rhythm’s, catchy riffs and quickly delivered vocals are the order of the day here. Vocals come in a punk sounding pattern with loads of backing vocals in the chorus. A fist thumping “hey, hey, hey” section leads into a quick solo before jumping back into the upbeat rhythm of the chorus again.

Almost all of the songs follow the same style in fast paced, drum heavy songs to jump around and rock out too. They are never too similar though with loads of variety coming, whether from different riffs or different vocal patterns. A couple other songs switch things up even more. Narben der Vergangenheit treads close to being a slow song, though far from a ballad. It has a darker, more sombre tone used for a guitar melody at the intro. Schulle gets close to clean singing over the first verse but the song soon speeds up while keeping the more sombre sounding riff.

Unbelehrbar starts with a gentle cymbal taps and a drawn out guitar chord with sot vocals over it. Again it picks up to a mid tempo pace shortly in building up to one of the catchiest choruses on the album. The chorus ends to a neat guitar lead before it returns to the mid tempo of the verses.

The album closer, Profectio, also has a gentler start with a nice guitar melody. It’s a great intro to a really good song. The drums sound huge here, especially in the drum fills at the beginning. With the pace and volume increased, we start to get waves of guitar leads over a steady paced riff. It slows back to the gentler melody and then just as you think it is done, it absolutely explodes into a big wall of noise for the closing 10 seconds. It is purely an instrumental and it’s a really cool song. 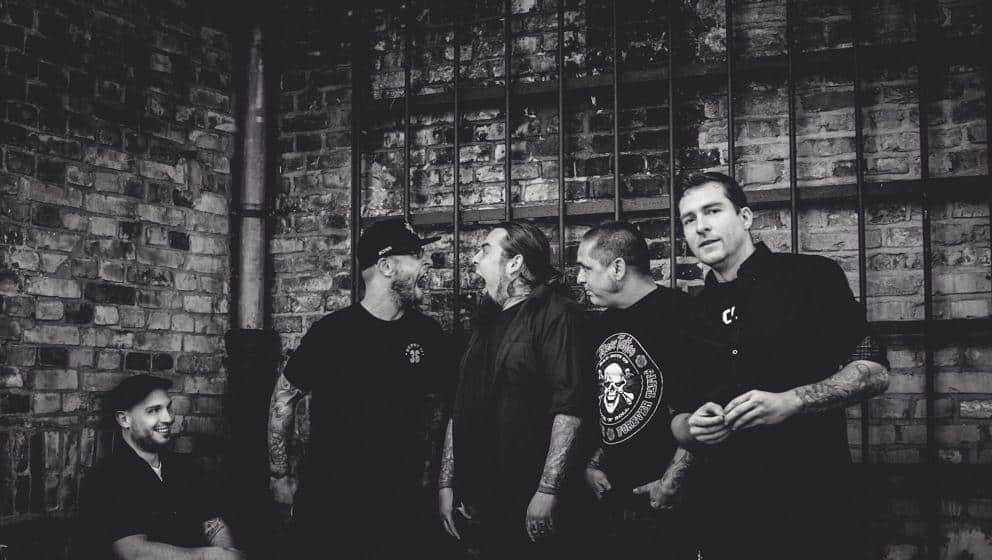 Aside from these songs, the formula is fast and frenetic throughout. Some of the songs veer more towards metal and some more towards punk and rock. Songs like Komm Mit Mir and Wenn Du Willst have a real punk feel to them with their loose bass intros, thrashy drums and vocal delivery. Auf alte Tage starts with a thunderous drum fill before it jumps into a chuggy riff. This track makes great use of backing vocals at different tones to add loads of layers. It also has a great punk rock sounding solo before a gang vocal finish.

Willkommen im Klub has a very metal sounding intro and again the drums sound huge. It’s a really fast song and the vocals are spat out at real pace. This is one of my favourites actually. It is so catchy and the guitars sound great on it. The same goes for Gib mir Dein Geld which has a chorus you can’t help but try to sing along to, whether you can speak the language or not.

That is kind of how the whole album feels though. As you listen you just find yourself really enjoying it and feeling energised. If I had a drum kit here now, I would be smashing it about all over the place. Toxpack are energetic and this album demands movement.

It goes without saying that there are points in songs that sometimes sound a little similar to other songs. A problem that will often plague punk rock. There is also a lot of variety here to stop that happening too much though. Vocally, Schulle doesn’t offer too much more than the same raspy tone but it is perfect for their musical style. Backing vocals and loud guitars add and remove layers to keep it sounding fresh as well.

Toxpack have successfully released and album full of loud, punk metal that is energetic, interesting and very enjoyable. This band must be a blast live.

You can pick the album up for yourself from Napalm Records. You can get some past releases from there too. Schall & Rausch is available on all the usual streaming services too such as Spotify and Apple Music. Check the band out on Facebook and Twitter for more info on them and future releases.