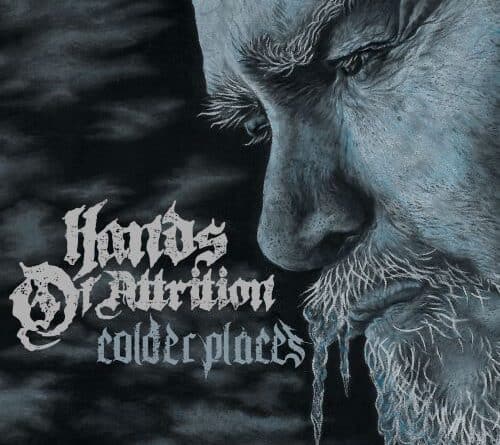 Attrition (from latin attritio, to grind): “the process of reducing something’s strength or effectiveness through sustained attack or pressure”. Burning with an inextinguishable fire and displaying attitude in spades, Hands of Attrition are a collective force to be reckoned with. Formed in 2018 in the West Midlands, the five piece have steadily built their own sonic identity by melding their groove metal and metalcore influences from Lamb of God to Devildriver and Pantera, injecting a substantial dose of emotion and technique to form a boiling, ear-shattering and unstoppable metal whirlwind.

With eleven tracks that deal with mental health and the impact of self-doubt, depression, addiction and tragedy in one’s existence, their debut album ‘Colder Places’ also invokes resilience and catharsis, delivering a forceful metal experience enhanced by Tom Alexander-Scott’s impressive vocal performance. Be ready to embrace the full force of this relentless heavy machine, as ‘Colder Places’ drops on December 18th, 2020 on all digital streaming platforms.

Kicking and grooving from the start, Hands of Attrition come out swinging with the chunky metal heavyweight opener that is Consumed. If you’re after a substantial starter, the West Midlanders are serving it up here. That’s just the start though and there’s a lot more head-banging to come as From the Void rages with passionate fury. The pace of the riffs and percussion leading the charge, all while the vocals spit guttural venom.

Threadbare and The Becoming keep things focused on what Hands of Attrition are looking to do here. Which is deliver ferocious metal with an ear-pleasing level of groove that gets the neck muscles working overtime and has detailed melody that can, at times, be called catchy.

There’s not much in the way of experimentation here, the super-heated metal kept constantly on the boil, but that’s not a complaint. Every new track, such as the thrilling and darker-tinged, They Come At Night or the Devildriver-influenced, I’m Gone, has the power to knock anyone and everyone on their ass.

The chuggy riffing of Leap of Faith makes a strong shout for the albums heaviest offering so far. Before speed and chaos takes over for the savage Subjugation and The Only One serves as reminder of just how damn catchy much of Colder Places is.

Enjoy that lasting bit of infectious metal, as Hands of Attrition deliver a different kind of disease with the penultimate More Than War. A deathier slab of angry noise that has a barely contained urgency that seems ready to erupt at any stage. That seems like it might be saved for the finale of Nightingale though. It seems like that’s the case with the thumping groove that introduces the track but in a very welcome surprise, Hands of Attrition build on some of the melodies they’ve delivered so far with something far colder. Even showcasing some clean singing briefly.

A debut to remember and to be very proud of. 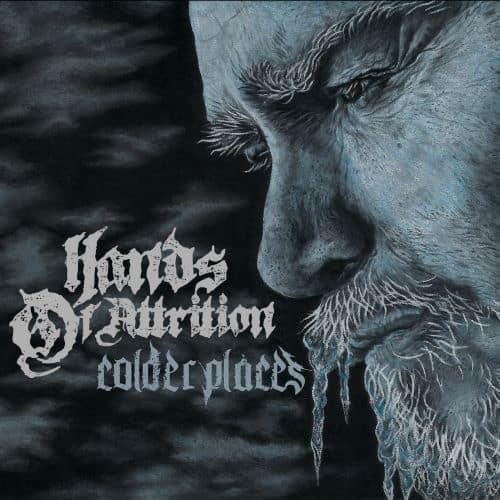