Swedish no-frills death metal machine Gods Forsaken returns to the battlefield with “Smells Of Death”! The band’s sophomore album, carries on where the highly acclaimed debut “In a Pitch Black Grave” (2017) left off. High quality old school Death Metal of the Swedish variety.

Smells of Death will be released April 19th 2019 via Soulseller Records. 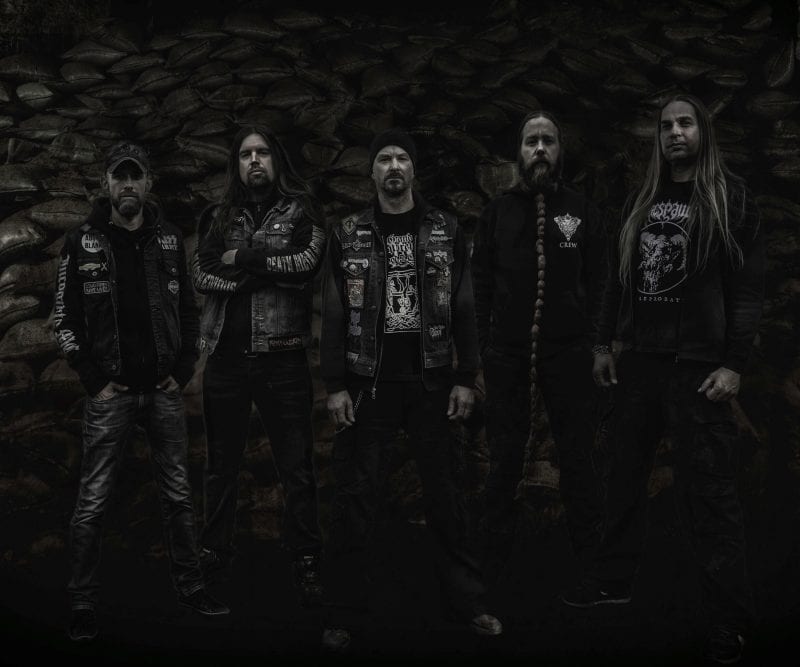 Gloriously old school in delivery, Gods Forsaken hark back to a time when death metal ruled the world. Or at least dominated the Swedish scene. You can’t move for bands inspired by that Swedish death metal scene nowadays which means being anything but a rehash isn’t easy. Gods Forsaken certainly aren’t correcting that as the nine tracks of Smells of Death is every bit ‘box-ticking’ as death metal gets.

The death metal bring heavyweight riffing, brutal vocals and an undercurrent of threat. It’s traditional in the point where it even has a little roughness in the overall production but doesn’t sound dated.

Simply put it rages hard and that is always going to be enjoyable especially when it is handled with such deftness as Gods Forsaken do.

Into the Pit We Shall Gather and The Process of Death are two great examples of tracks that call to the beast and get the head banging as hard as possible. Enjoy it for what it is, uncomplicated death metal played at a blistering pace. It’s not going to change the world and that’s fine.

1. Smells of Death
2. They Crawl
3. From the Inside They Came
4. Into the Pit We Shall Gather
5. The Process of Death
6. Dead and Buried
7. The Dead Laughed
8, Birth of Insanity
9. The Curse of Matul

You can order the album now via Soulseller Records here and find out more about Gods Forsaken via Facebook.