For fans of the likes of Dismember, Skitsystem, Feral, Paganizer, Gatecreeper and Bloodbath comes Swedish death metal band, Crawl. Honouring the progenitors of the Swedish death metal sound and at the same time stepping out their shadows by concocting a mix with influences of punk/crust and hardcore. Their debut album, Rituals is out on the 20th August 2018 via Transcending Obscurity Records.

Wild and passionate metal that shares as much in common with modern classic hardcore as it does death metal. Rituals is an album for those who like to rage and rage hard. Reject the Cross, Breathing Violence and The Stench spit out violent metal that will shake bodies to their cores. Short and stabbing tracks that are all about making as much noise as possible in the most direct way.

Nine tracks long but wrapping up around the 25 minute mark, Crawl aim to leave a lasting impact with their brand of metal. When you have the likes of Black Ritual and Sentenced to Rot, the former a track that holds you down and pummels you while the latter bludgeons the eardrums with squealing feedback, they certainly achieve that. It’s different to hear traditional Swed-death metal with breakdowns.

The intensity stays consistent as Cowards, Suffer and Coven of Servants deliver satisfyingly heavy tracks. As solid as anything you’ll get out of the Swedish death metal scene with a nice bit of variety thanks to the hardcore influences. 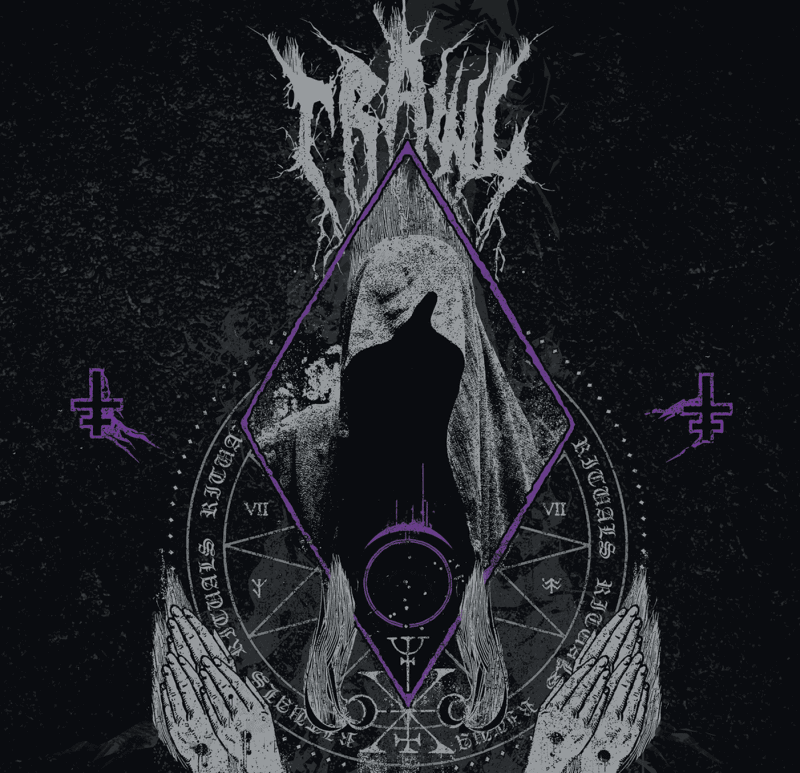 You can order the album now via Transcending Obscurity Records here and via Crawl’s Bandcamp here. Keep up to date with news by liking Crawl’s Facebook Page.