I consider myself to be a big fan of the Assassin’s Creed game series but which is the best? So far we’ve seen five installments and it’s been a mixed bag. With the incoming 6th installment Assassin’s Creed 4: Black flag, how’s the series done so far?

Each game has a 1 – 5 number in brackets which places them in the order of best to worst, 1st being the best and 5th being the worst. 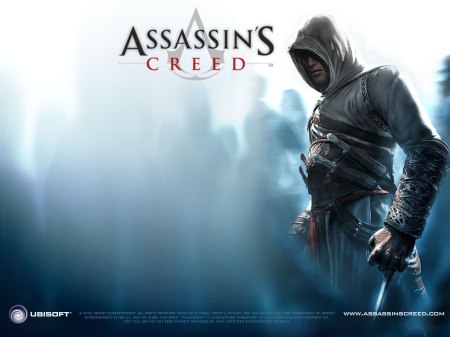 Assassin’s Creed was released in 2007 and its aged quite well compared to today’s standards. I found the premise really interesting and original but in all honesty I found the first game in the series to be rather dull and slow paced. The storyline moves along quite slowly and even though there are a huge amount of tasks and side missions to complete unfortunately none of them are all that interesting and end up feeling as if Ubisoft added them into the game just to extend the play time. The gameplay is fun though; climbing up huge buildings and eagle diving below has never felt so good, assassinating enemies silently or otherwise is highly satisfying. Not being able to swim is frustrating and combat becomes very easy once you learn the counter trick.

The story becomes far more interesting in the later stages when everything becomes clearer and it ends on a cliff hanger leaving you wanting more. You have to play Assassin Creed to fully understand the entire storyline of the series but considering just how far Assassin Creed 2 leaps forward it leaves this game feeling leagues behind. I won’t even get into the damn flags….

Assassin’s Creed 2 is a huge improvement over the first and I genuinely consider it to be one of the best sequels ever made just because of how superior it is to its predecessor. You play as Ezio who has so much more depth and personality than Altair, you really feel for Ezio and want to see him evoke revenge on the people responsible for the events at the start of the game. One of the most warranted criticisms of the original Assassin’s Creed was its lack of variety. At all times it felt like you were playing in a lush world, full of breath-taking vistas and opportunities to explore – only to be hemmed in and forced to do only a handful of different tasks. These followed a pattern too, making the rigid structure all the more noticeable, this is not the case here.

Missions are now freeform. Some may see you escorting and protecting; others might have you stalking from a distance or pursuing your victim on-foot, it’s a well needed change. I really enjoyed the location change and the graphics are beautiful, being able to ride gondolas through Venice is absolutely breath taking. All in all AC2 is an improvement over AC1 in just about every department most notably:

The notoriety system – In Assassins Creed it was far too easy to annoy the guards, you could accidently ruffle the robes of a begger and all of a sudden you’re wanted, this has been completely revamped for AC2.

You can swim – One of the most contested gameplay elements in AC1 was Altair’s inability to keep his head above water. Jumping into a lake resulted in an instant death. What type of Assassin can’t swim?

You can fast travel – Having to ride for miles to locations became a chore in AC1. 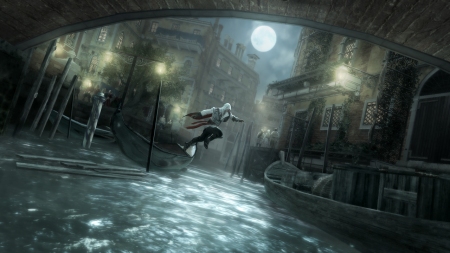 You can own an entire town – Complete with a brothel, blacksmith, art dealer, and church. Ezio works with an architect to rebuild the town from a crumbling mess. Investing in the town not only changes the buildings, but the citizens become wealthier and the sun shines more brightly on the newly constructed architecture. You’ll also receive a discount at merchants you’ve invested in. Its great fun! And finally – the combat system is greatly improved with more moves, executions and there are enemies that require certain strategies if you want to defeat them, Well done Ubisoft.

AC : Brotherhood basically takes what you had in AC 2 and sprinkles more goodies on top of it, Brotherhood only covers Rome while AC2 covered a variety of cities and locations.

Brotherhood allows you to recruit and call Assassins in for help. They cannot follow you but you can use them to your advantage during missions. You can send them off on contracts and they can also level up, getting better gear as they go.

Also, the multiplayer is tons of fun to play and something different.

I really enjoyed Brotherhood because it was more of the same which I loved, it progressed the storylines nicely as well as fleshing them out really well.

This is my personal favourite of the series and it’s quite simple why really. It keeps everything great from AC2 & Brotherhood and even though it doesn’t have the longest campaign I absolutely loved the ways in which it tied in Altair’s, Desmond’s & Ezio’s storylines and for me the conclusions to certain storylines was very satisfying and I found it quite emotional. 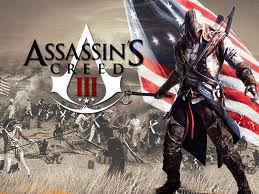 Like many others have stated previously the reasons why AC3 struggles is mainly because new protagonist Connor just isn’t very likeable as a character. The game has many great new ideas such as; hunting, building a homestead and so on but unfortunately it all feels rather pointless and isn’t utilized in an effective way and ends up feeling tacked on. The game also seems to encourage you to stay on the ground rather than run across rooftops which feels very odd.

I loved having the ability to command a ship and the locations can be truly stunning at times making this the best looking AC to date. One of the biggest disappointments to me was during the huge battle with the red coats I was given the impression that I would be in the thick of the battle but instead you simply command infantry to fire upon enemies from a distance.

AC3 has many glitches, too many for such a high profile title and it made the experience less enjoyable. The overall ending to Desmond’s story and the main storyline of the series is also a huge disappointment.

So Assassin’s Creed 4 has a lot to make up for thats for sure, we have a new protagonist, location and commanding ships is going to be a much bigger part of the game. I was skeptical at first but after seeing some of the gameplay I’m finding myself more interested, I haven’t missed one yet! What’s your favorite Assassin’s Creed game?

0 thoughts on “The Assassin’s Creed Series”