Remake is a dirty word. So dirty in fact, that in recent years it’s been ousted for the word ‘reimagining’. Either way, when applied to a horror movie it has the power to make me shudder. Not in a cool creepy way, rather in a something awful this way comes kind of a way.

My latest heart sink was brought about by the release of the 2015 US ‘Martyrs’ remake. Being a fan of the original French/Canadian film I am compelled to watch and compare, making me guilty of feeding the beast that I detest. My fear is that the brutal violence,which is integral to the plot, will be diluted, and that the obsession with sexual violence in film may filter in,altering the mood of the whole movie. I also fear it may lose its bleakness.But, am I being unfair? 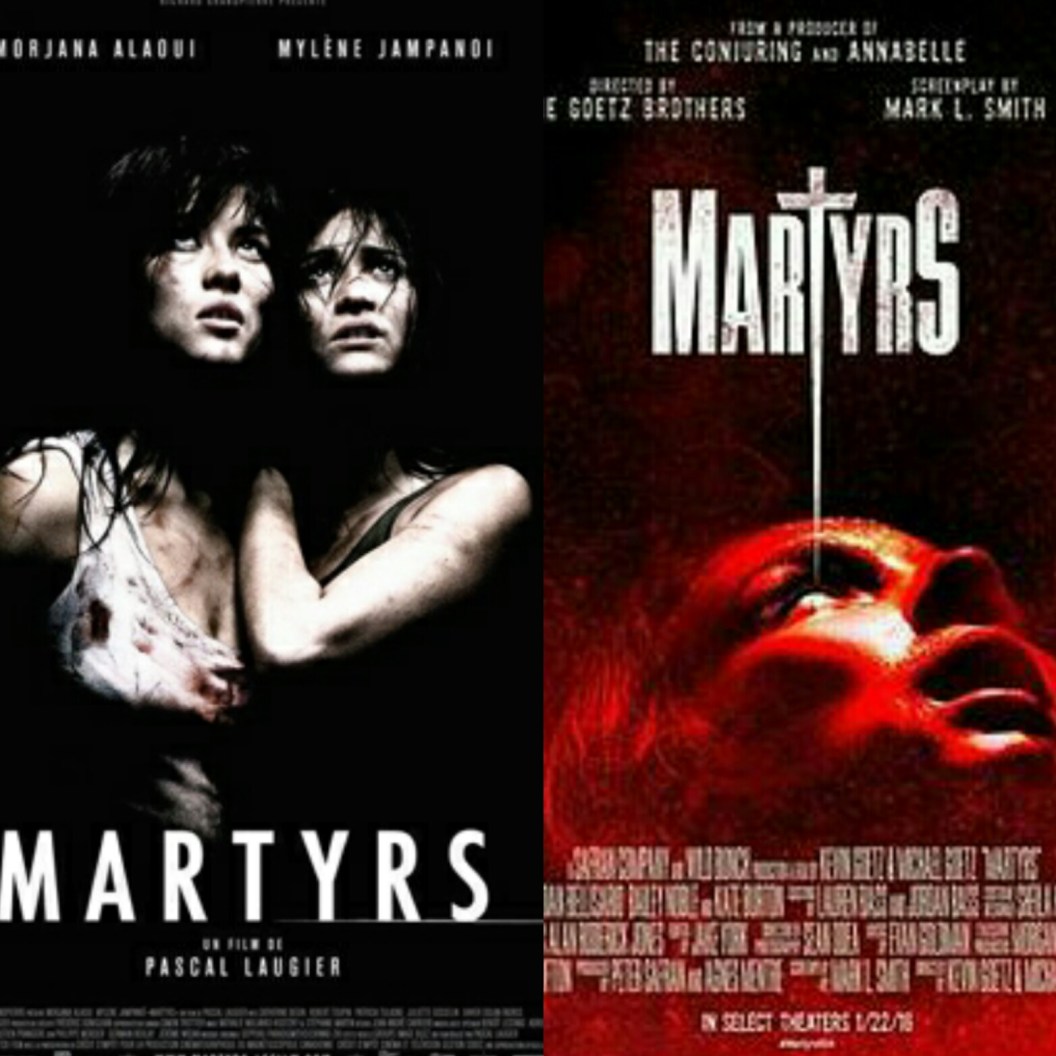 So for now let’s delve into the modern updates. What is their purpose?  The cynic in me suspects these films of being money spinners, using the buzz surrounding the originals to pull in Summer audiences that would not define themselves as horror fans. The result is that our much loved classics get reduced to flashy CGI FX and jump scares, replacing true tension and compelling narrative with ineffective camera trickery.

Now, I’m not saying that every remake/boot/imagining is a total dud. Whilst it didn’t do much for me, Rob Zombie’s ‘Halloween'(2007),at least tried to take a different perspective, by going into Michael’s past. ‘The Thing'(2011), was not completely terrible, it just lacked the soul of the much loved physical FX of the 1982 version, which in itself is a remake of the 1951 ‘The Thing From Another World’, and you know, wasn’t original anymore! 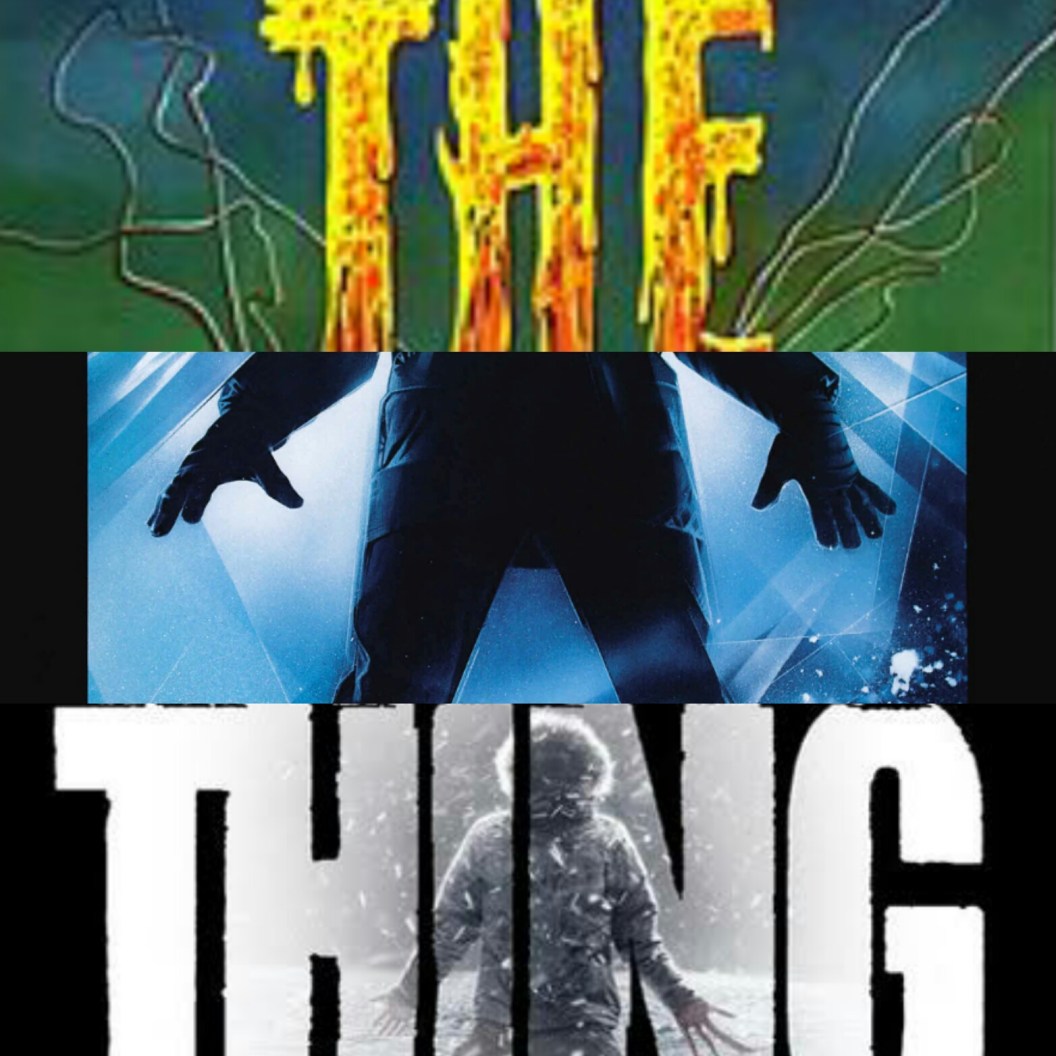 Monster movies in particular have been part of the remake cycle for decades, just google Dracula films and Count (*badumbum*), the crazy number that have been made starting right back in the 1920’s. How many times can the same tale be told , and truly bring something fresh and inivotive to a character so deeply ingrained into pop culture.

Don’t get me wrong,  I’m not an old movie purist, ‘The Fly'(1986) , was a fantastic boot to the 1958 original. Under Cronenberg’s direction and with Chris Walas Inc. on the creature make-up, an extra element of body horror was injected into the film. Also, whilst still being bloody brilliant, I am aware that the world has moved on from the silent movie era of ‘Nosferatu'(1922). 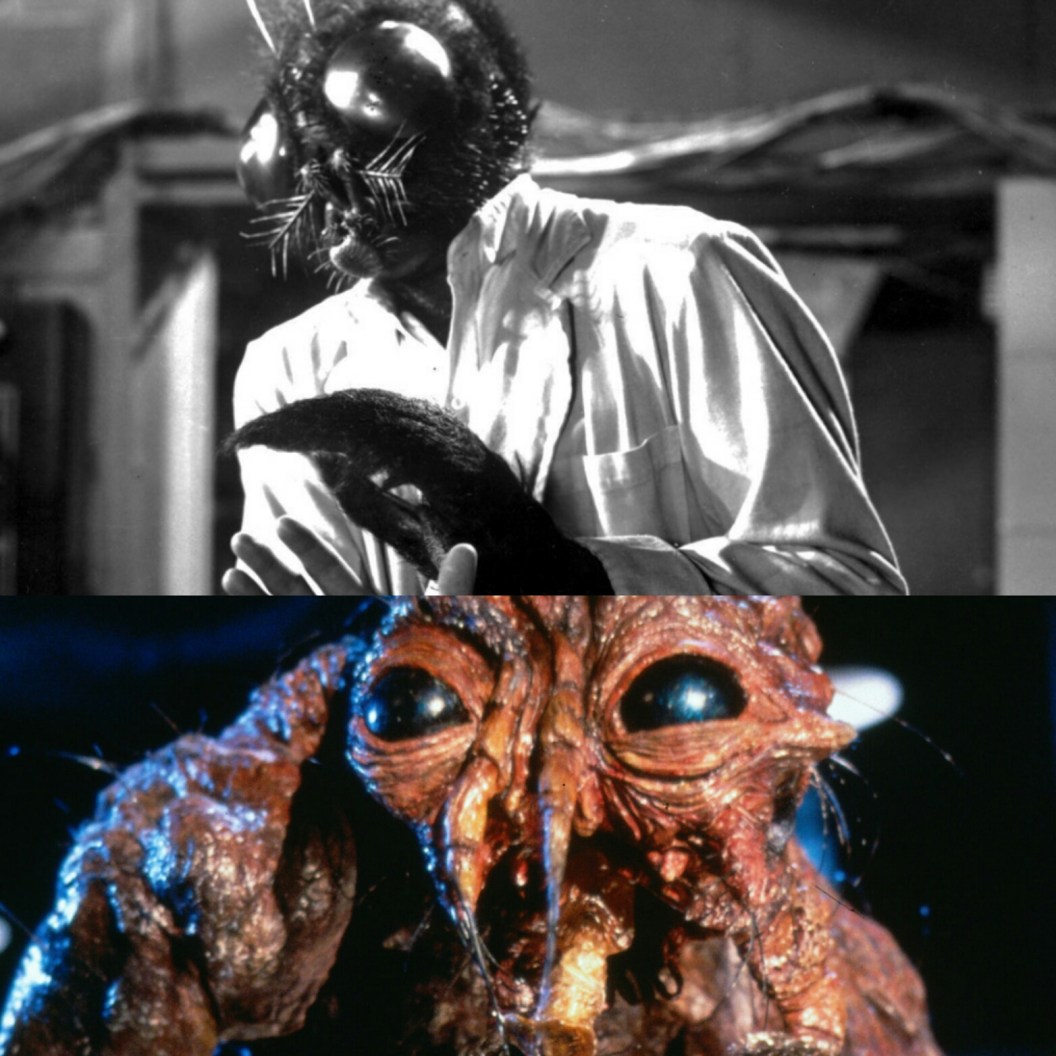 However sledgehammering modern movie magic such as crappy  CGI, an 3D SFX into classics isn’t necessary just because it is possible, you don’t HAVE to do something just because you can.

Then there are the ‘Psycho'(1998), ‘The Omen’ (2006), and ‘Poltergeist ‘ (2015) end of the classic remake spectrum. Films that are for the most part shot for shot copies , apart from the artistic changes that only serve to water down the horror to make it more palatable for broader audiences. 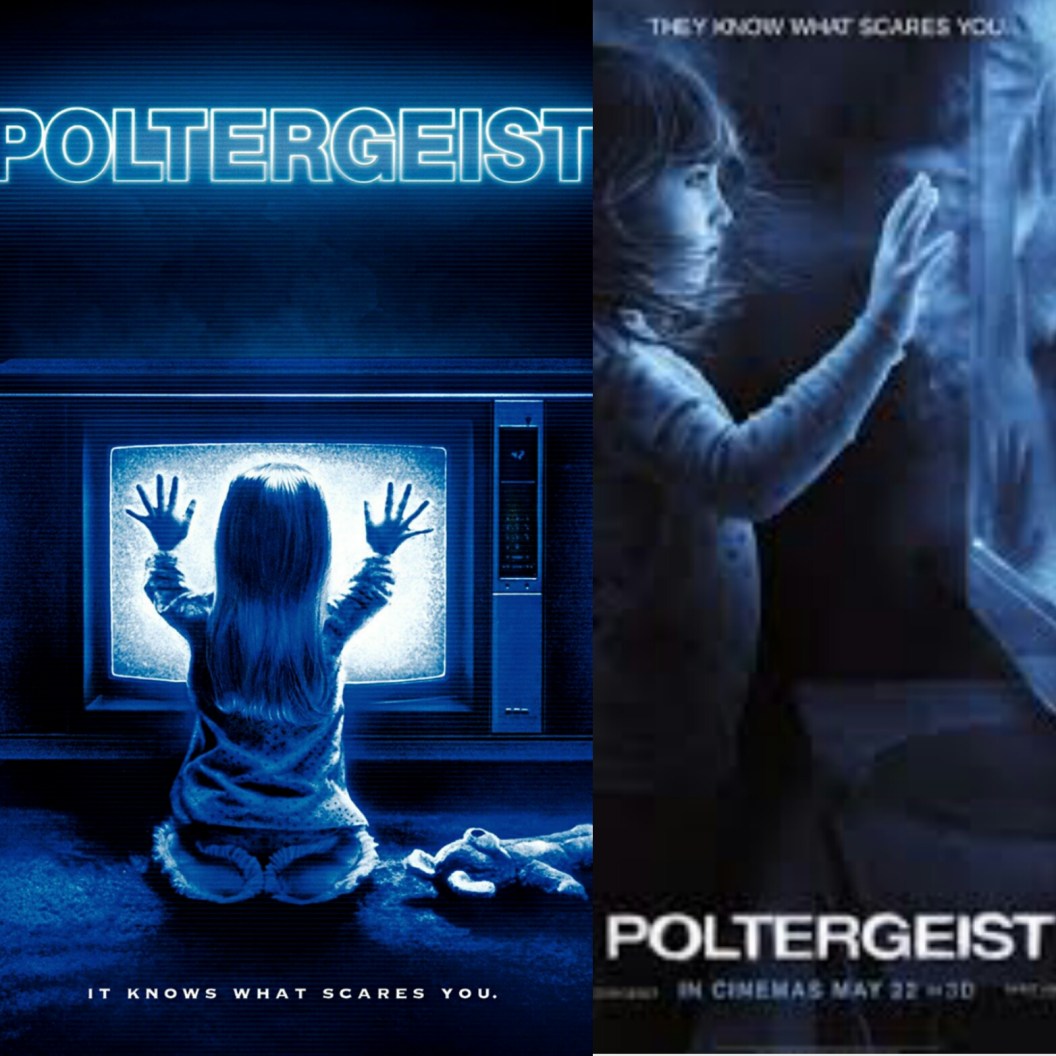 Let’s focus for a moment on ‘The Omen’ (2006). The film has such little difference in it from the 1976 original, you can’t help but wonder what the point was. Sure releasing it as a 6/6/6 date gimmick, could be reason enough, but why not just re-release the original on that date, as the film still holds up. However there is one slight change that irks me. The tricycle scene. This is where Damien accidentally (?) knocks his ‘mother’ over the banister. In the original it could be seen as a socially strange boy that is unwittingly being used as a pawn in the devil’s master plan, or if he has any awareness, does seem to have an internal struggle with it.It leaves a certain amount of interpretation. What does the 2006 version do? By simply adding the line ‘Bye bye’, it removes all ambiguity, and let’s us know that not only is Damien aware of what is happening, but is complicit. It feels dumbed down, no need to think here people, just open your mouth for the spoon. The whole thing starts to feel like self indulgence on the part of the writers and directors, and a lazy way to make a quick buck for the studios. 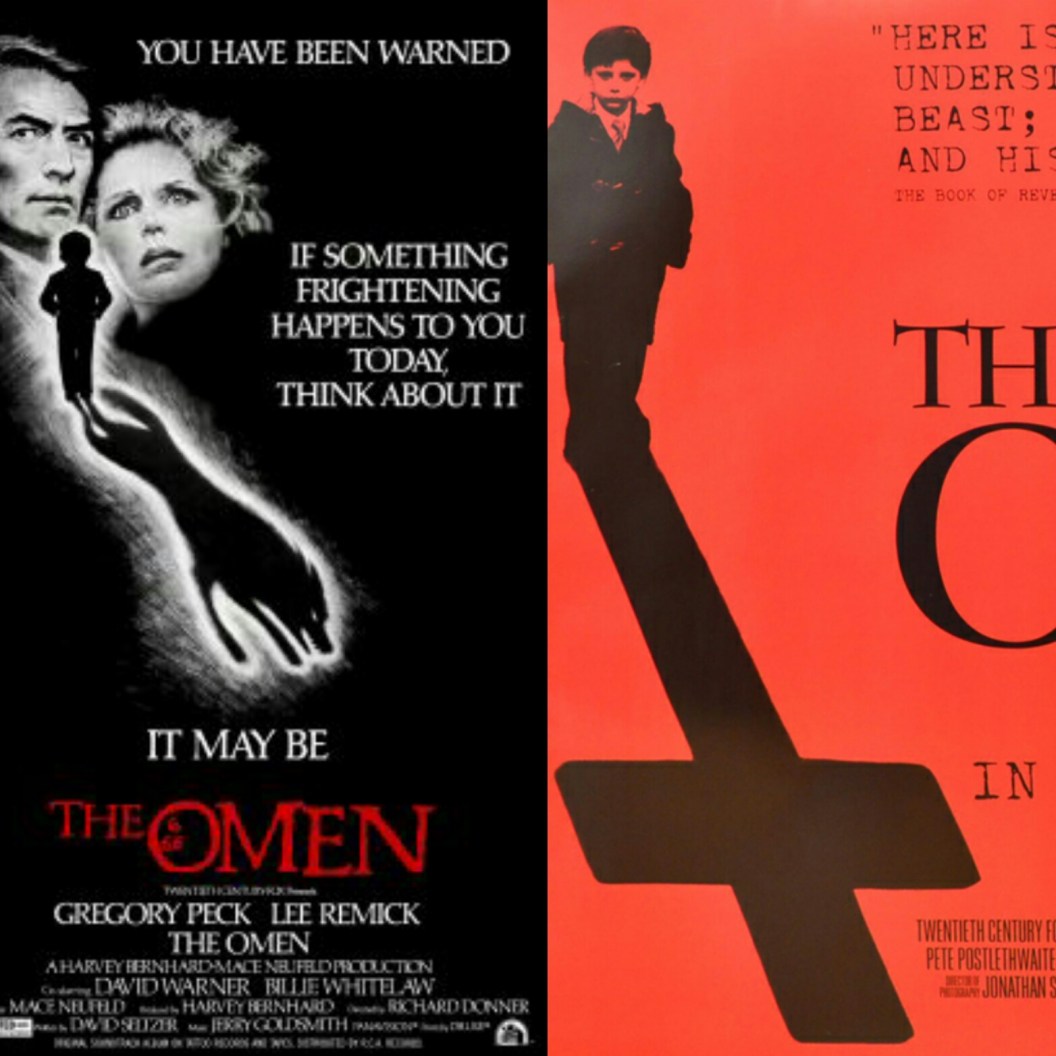 Is there a ray of glorious hope here though? It is quite possible that a moviegoer may see one of these modern takes and then find out it had a predecessor. Curiosity could lead a person to seek out the original and true classics, shining the spotlight back where it belongs. I know that this is how horror fans work, but I’m not so sure about the general public just looking for a quick and forgettable thrill.

So where does that leave true fans of the genre? We’ll watch of course, we have a collectors mentality, we have a compulsion to see it ALL, but we will take a scar every time we inflict ourselves with another high budget,poorly crafted mockery of our favourites.