Toolbox Murders is a 2004 horror film directed by Tobe Hooper. It’s a remake of the 1978 film of the same name and was produced by the same people behind the original. The film itself was straight to video and apparently one of the production companies financing the film dissolved during filming, forcing Tobe Hooper to shut down production with only 2/3 of the movie actually shot. Numerous continuity errors, plot holes, and narrative flaws are the result of Hooper hastily editing together what he had filmed into a complete movie in order to try and recoup financial losses and so that the actors’ and crews’ work wouldn’t go to waste. So let’s see if that worked out for them and if it’s any good… 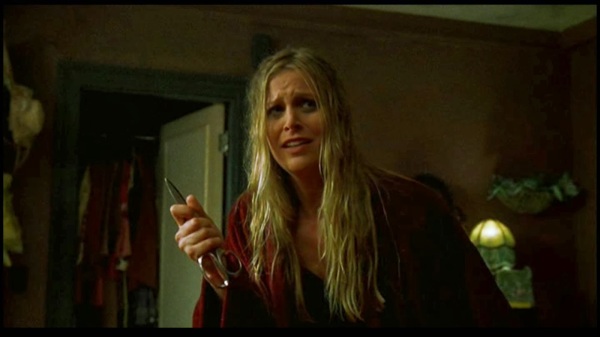 Daisy Rain (Sheri Moon Zombie) goes to her apartment in the Lusman Arms, a former luxury hotel undergoing renovations, and is beaten to death with a hammer by a man wearing a balaclava. In another room, new tenants Nell (Angela Bettis) and Steven Barrows (Brent Roam), a teacher and a medical intern, are introduced to the amenities and a few of the residents by Byron, the building manager. As Steven works long hours, Nell is left alone most of the time, and befriends Julia Cunningham, a neighbor down the hall, and Chas Rooker, an elderly man who reveals some of the history of the structure, mentioning it was made by Jack Lusman, who disappeared mysteriously, and that builders died while working on it.

As days pass, the Lusman Arms are plagued by mysterious circumstance; strange noises are heard throughout it and coming from the intercoms, Nell finds a trinket containing human teeth in a wall, and Julia and another tenant vanish, having been killed (with a drill and a nail gun, respectively) by the ski masked murderer, who hides their bodies. While looking into Julia’s disappearance, Nell speaks with Chas, who offers cryptic warnings about the nature of the building, and sneaks Nell a note reading “Look for her in Room 504”. Nell takes the advice, and discovers that there is no Room 504, and that all the other floors lack apartments whose numbering should end with 4. 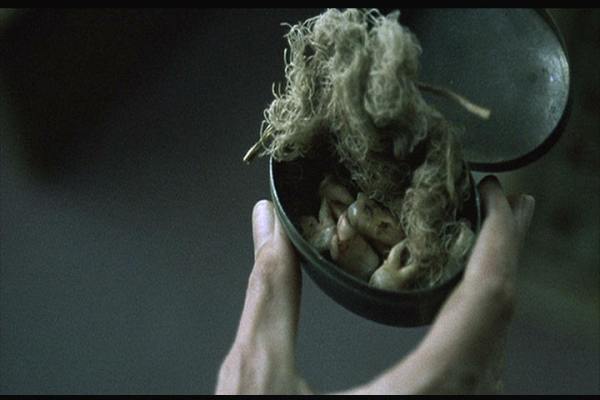 Nell goes to the Los Angeles Preservation Society, where an employee tells her that Jack Lusman was an occultist who associated with a society that tried to mix science and magic, and that the symbols (which Nell copies down on her arms) decorating the building are part of a spell. The blueprints for the Lusman Arms also reveal that there is a townhouse hidden within the structure, hence all the missing rooms. Nell returns home, and finds a hatch on the roof of the building… 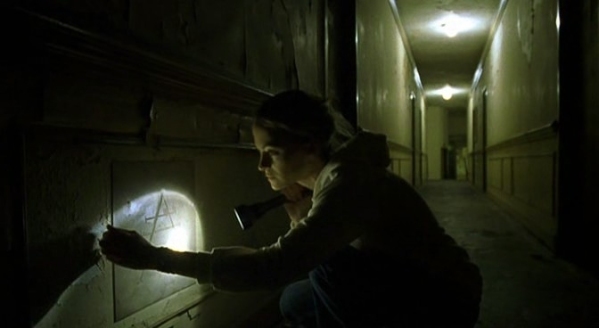 Will the hatch lead to the hidden townhouse? And what will Nell discover inside?

After reading that this movie was only 2/3 made due to the production company dissolving during filming, it made a lot of sense. There are parts that don’t make a lot of sense and it feels unfinished. For a straight to video film it’s got pretty good effects, and the deaths are effective, but the story is lacking and the ending is strange. To put this as spoiler free as possible, the killer is completely random and jammed in at the end, they literally have no relevance to the rest of the film (And I honestly had no idea who it even was supposed to be until I read the cast list and saw the character’s name). The main character, Nell (Angela Bettis) was okay but there definitely must have been better people who could have played her – they hired Sheri Moon Zombie to open the film, why not just hire her to play the main role?

Overall, the logic of the characters is flawed and the story has an interesting concept but then is filled out with a “whodunnit” vibe, when the killer at the end has nothing to do with any of them.

Apparently there’s a sequel but I can’t find anything to do with it on IMDB and I don’t care enough to really look into it. Although, there was a third movie called “Coffin Baby” in 2013 that sounds pretty mental, though who knows why they thought this remake was a great start to making two more movies off it.