Here we have The Other Side of the Door, a movie devoid of original ideas, filled to the brim with jump scares & quite possibly the worst child actor I’ve ever had the misfortune to witness.

Yet for all its faults I was entertained at times during the 90+ minute running time. Not in ‘good horror’ movie way but more how absurd it was at times, how laughable the scares were & just how gods-awful that child actor was. Seriously, I was convinced the parents were going to swap out the living child for the evil dead one just so they never had to hear another deadpan delivery.

So yeah, dead child comes back from beyond! Spooky! Thankfully the plot has a little bit more going on. 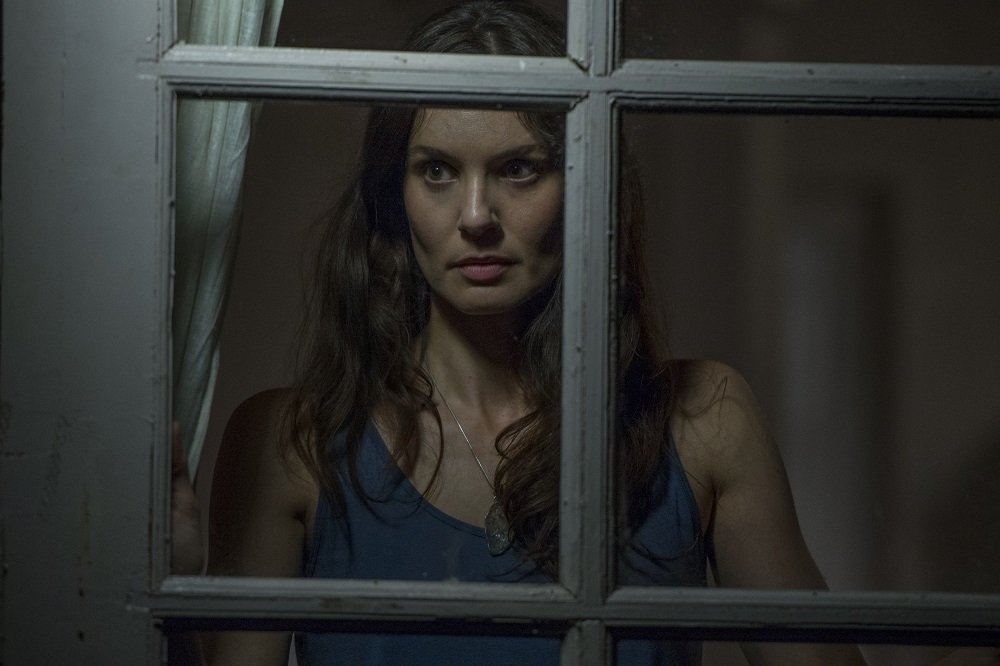 Maria, Michael & their awful daughter Lucy live in India, the couples happy existence devastated by the loss of their young son Oliver in a car accident. Having plunged off a bridge into the water below Maria only has time to rescue one child, but with Oliver stuck in his seat & Lucy unconscious, Maria makes the choice to save her.

Maria is struggling to cope, racked with guilt she finally gives in & takes a load of sleeping pills. Waking up in the hospital she is told of a ritual by her housekeeper that will give her the opportunity to speak with her son one final time. A chance to say goodbye…

She must spread her sons ashes on the steps of an ancient temple that is supposed to be closer to the land of the dead. Once done she must lock herself inside…that night her son will visit & talk to her through the door. However this all comes with a warning naturally…whatever you do, no matter what he says do not open the door. 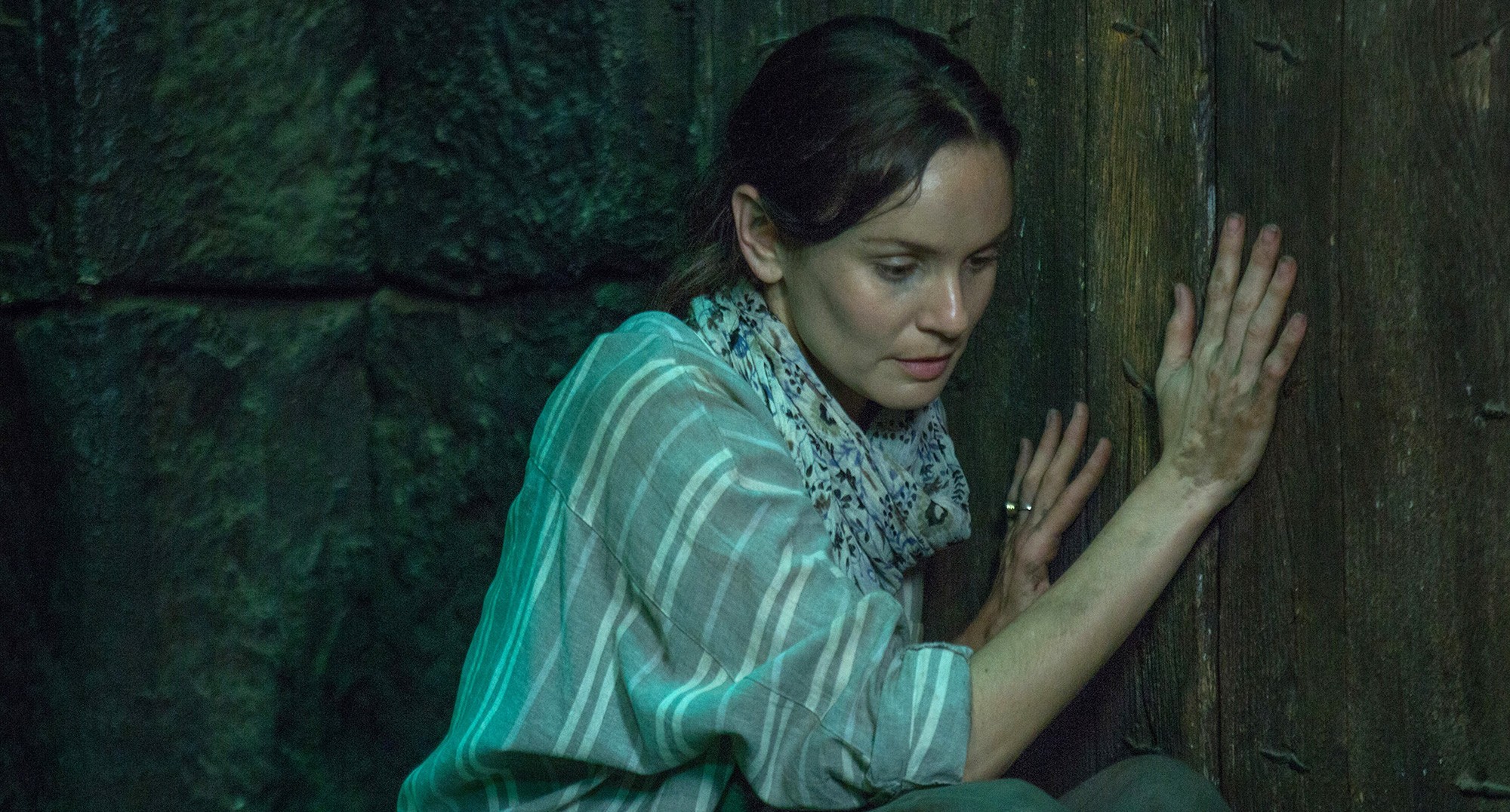 There are many frustrating moments throughout the movie, this is one of the big ones. The problem lies in how little convincing she needs. He pleads with her to open the door & tries the handle but she refuses to let him in. However once he says he has to leave then she decides to open the door. It would have been far more impactful had he played on her guilt but even there he just accepts her apology.

So she opens the door to find no-one standing there & runs off into the night after being weirded out by some chanting homeless people.

She doesn’t quite realise exactly what she has done at first. It’s not until the ghost of Oliver turns up at home & things start to get nasty (bite marks on the daughter, destroyed toys etc). that Mari realises that by opening the door she created a route between the land of the living & dead. Oliver came through but not as himself.

To make matters worse by doing this Maria woke up an ancient being known as Myrtu who guards the land between the living & dead. It wants Oliver back & will stop at nothing to get him.

There are positives in this movie but way to many negatives. On the one hand the lack of CGI used is great, in particular surrounding Myrtu who twists her body & manages to be the creepiest thing throughout. The other hand it’s has some of the worst acting I’ve ever seen. The child, Lucy delivers every single line in the same monotone voice with barely any expression.

At the end she is possessed by her evil ghost brother & you won’t notice any difference. She has such a large amount of screen time too. I just can’t get my head around why she was hired, it’s so bad. I shouldn’t hope that the nice, cute little girl in your horror movie meets a bloody & painful end…

The leads are perfectly fine, Maria (played by ex-The Walking Dead star: Sarah Wayne Callies) initially had me worried but she does a good job here. The thing is they could be the best actors in the world but that child stinks up the screen so badly it begins to cloud your view of the far better actors.

The film is light in scares at first, choosing to build the story around the families difficulty coping with their loss. It makes for a more compelling watch as you feel more invested in their struggles. However when the ‘scares’ come they are the most infuriating parts of the entire movie. Why? You guessed it! Freaking jump scares! 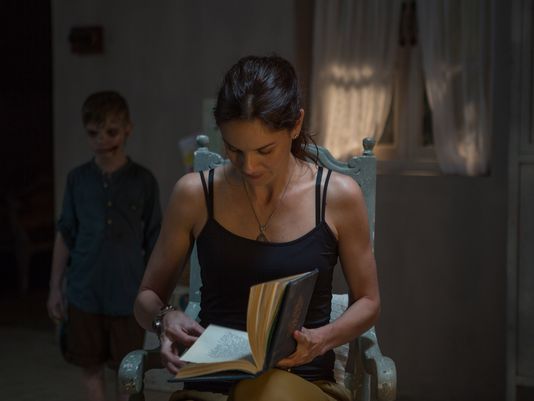 There are so many throughout this movie, several come in quick succession & a few are repeated (such as the daughter missing/possessed) one. It’s exasperating & in no way frightening. The only few times when the film manages to create a creepy atmosphere are the moments when you expect a jump scare but nothing actually happens.

The movie’s ending is one big let-down which unintentionally contradicts certain rules the movie itself had put in place earlier. So stupidly done & very predictable. 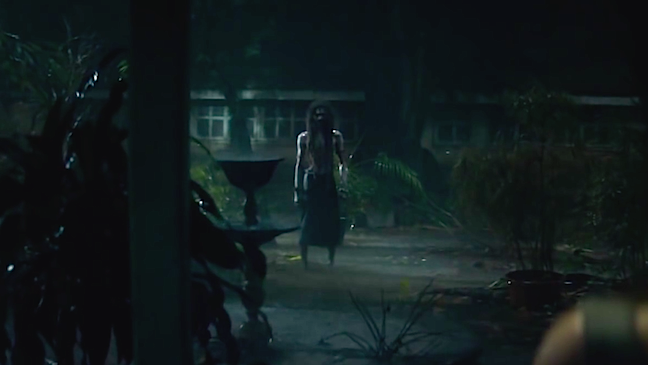 You’ll find yourself throwing your hands up in the air through exasperation several times throughout. It has a lot of promise with a interesting location, interesting mythology & well shot scenes. However the horrible acting from the daughter, Lucy & the lack of originality in it’s attempts to frighten the viewer leaves little to recommend.

The Other Side of the Door