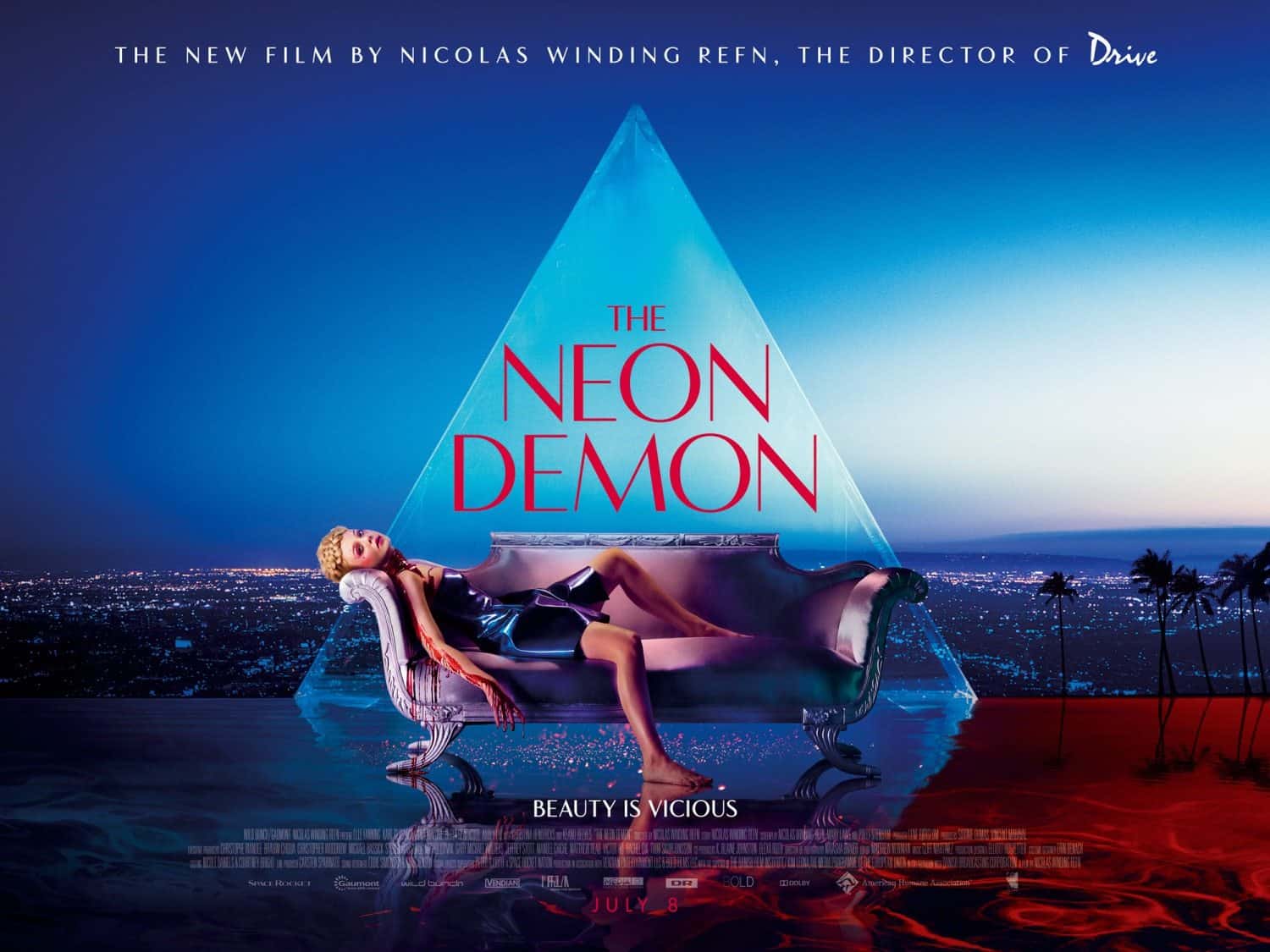 The Neon Demon has a very distinctive style that will either dazzle viewers or leave them confused at what it is that they’re actually seeing. To say it is artistic would probably be an extreme understatement. You may completely get the symbolism and imagery used to express emotion or some type of message but there is always the chance it could go over your head entirely.

Sixteen-year-old aspiring model Jesse (Elle Fanning) has just moved from small-town Georgia to Los Angeles. Her first photo-shoot, done by Dean, features Jesse glammed-up and sprawled with fake blood dripping from her neck. In the dressing room she meets makeup artist Ruby (Jena Malone), who takes her to a party at a club where she introduces her to fellow models Sarah (Abbey Lee) and Gigi (Bella Heathcote). All three women size Jesse up and are intrigued by her natural beauty; they each ask Jesse invasive questions about her personal life. 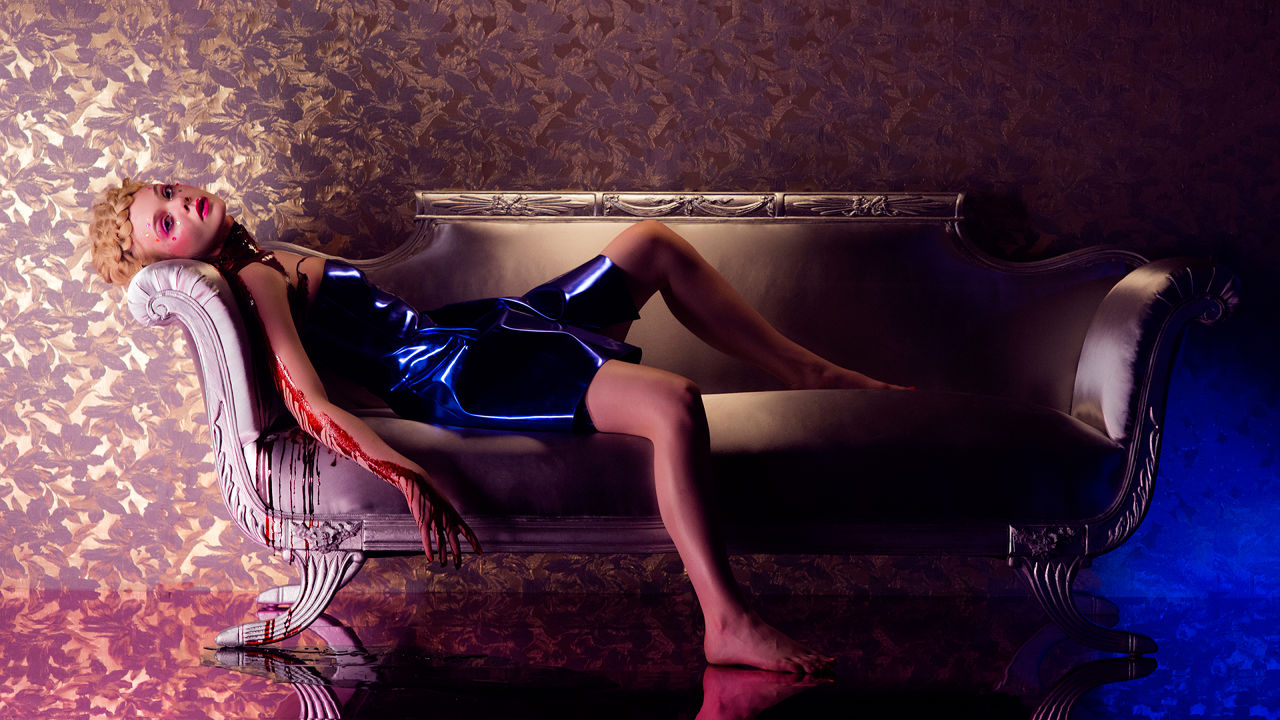 Jesse gets signed by the owner of an important modelling agency. He who tells her to pretend she is nineteen and informs her of a test shoot with a notable photographer. 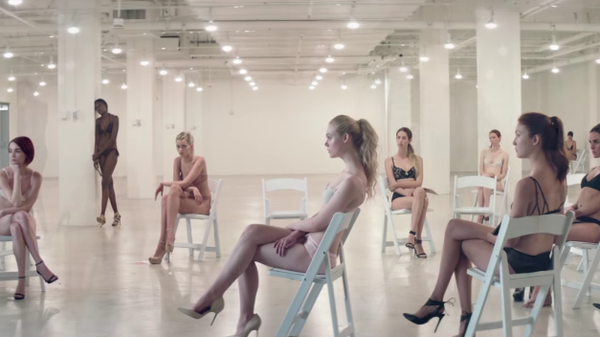 Ruby meets up with Gigi and Sarah at a diner later. They all take notice of how quickly Jesse is rising in the model circuit. Ruby admits that there is something rather unique with Jesse, which annoys Gigi and Sarah. Meanwhile, Jesse finds something rummaging around in her motel room that night. She informs the unpleasant manager Hank (Keanu Reeves), who inspects the room and finds a cougar has snuck into her room (she left the sliding glass door open while she was gone) Hank demands she pay for the damages left by the wild animal. 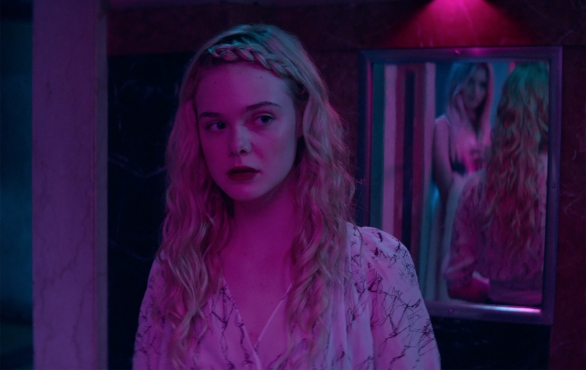 Jesse finds herself at a casting call the next day. Sarah is also here, and doesn’t take kindly to Jesse’s presence. The fashion designer is unimpressed by most of the models but takes on an immediate infatuation with Jesse as she auditions. She’s immediately hired which crushes Sarah, who breaks down in a bathroom and throws a trash can at the mirror. When Jesse cuts her hand on a broken mirror shard, Sarah tries to drink her blood by licking her hand. Jesse panics and runs to her motel. Dean finds her some time later bloody and unconscious.

He looks after her by getting the shard out of her hand then paying Hank for the door. Hank taunts Dean by claiming she isn’t worth it if he isn’t having sex with her he even offers a 13-year old runaway in the room next to Jesse’s, which disgusts Dean.

After returning home to the motel, Jesse has a nightmare of Hank coming into her room and forcing her to swallow a knife. She wakes up in time to hear someone, violently fidgeting with her door lock. She quickly turns the inside lock, but is forced to listen as the intruder instead breaks into her next-door neighbour’s room and apparently attacks her. Terrified, Jesse calls Ruby, who tells her to come to her place for safety. After Jesse comes to the mansion that Ruby claims to be house-sitting, Ruby attempts to rape Jesse after getting the complete wrong impression. 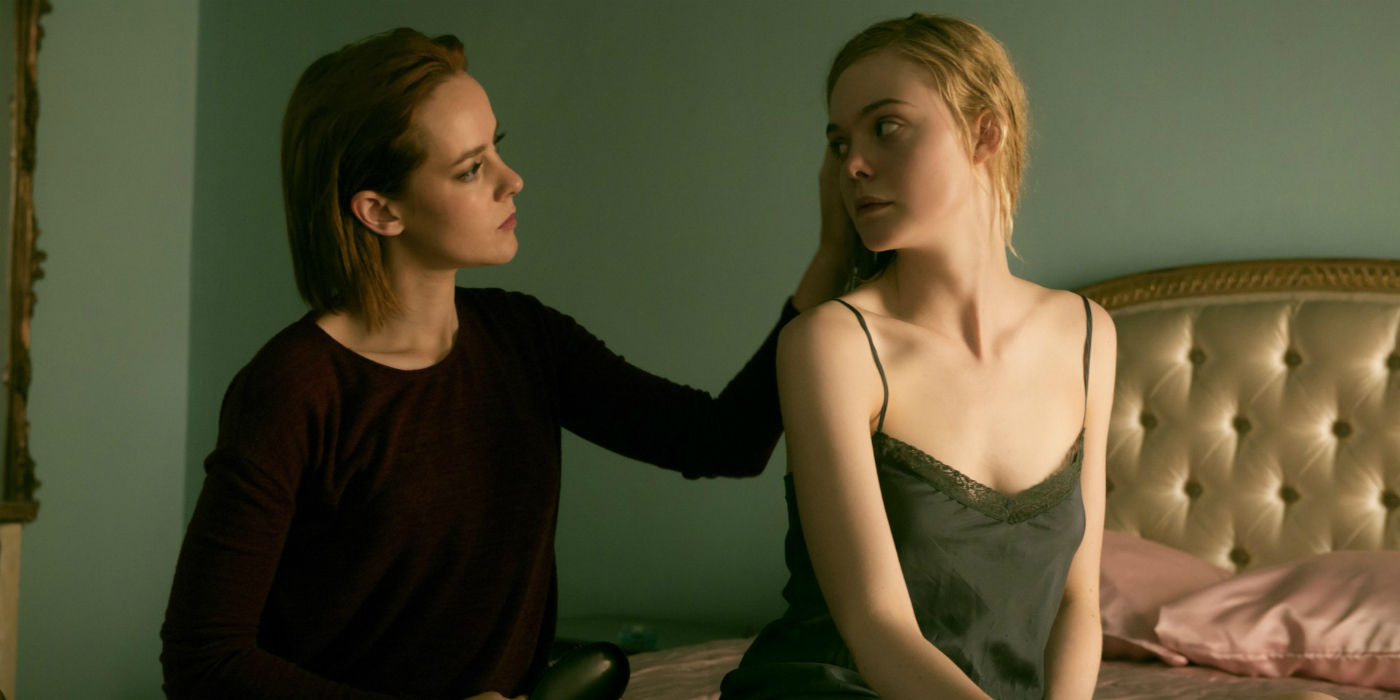 The next morning, a frustrated Ruby goes to her second job at the morgue, where she does make up for bodies awaiting burial. She imagines one of the female corpses as Jesse and pleasures herself while on top of it. 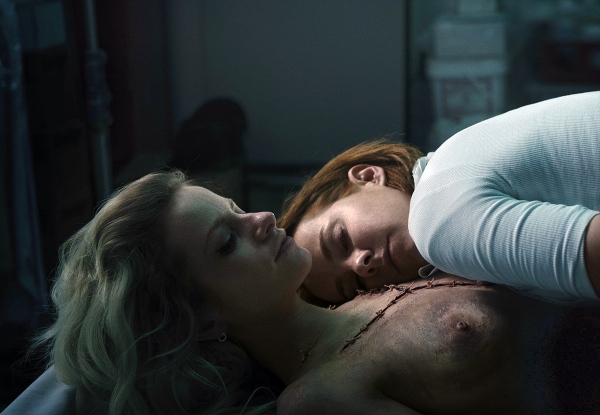 Even though the movie doesn’t directly state it, it is heavily insinuated that Ruby, Gigi and Sarah are a type of Elizabeth Báthory vampires who intend to attempt to absorb Jesse’s beauty/vitality.

The Neon Demon is a strange film in the sense that it is a visual feast for the eyes but it lacks any real substance. Essentially, it is about the extreme narcissistic, depraved world of fashion modelling. If the intent here was to show just how hollow & perverse that world truly is then mission accomplished I guess. There’s two good words to describe The Neon Demon actually, hollow & perverse.

The dialogue leaves a lot to be desired and that’s being kind. It almost feels like someone has placed the movie into slow-motion at times. The slow rate in which lines are delivered, it’s just annoying quite honestly. You certainly get a sense that it is attempting to make a statement. With every new scene and use of flashy imagery it’s trying but does it succeed? While the symbolism is somewhat effective, most will leave you scratching your head. I get it, the modelling industry sucks but do I really need to be shown that with so many convoluted visuals?

One scene in particular got people talking; it even led to a number of people leaving theatres. I am of course talking about the necrophilia scene. I’m sure I’ve seen characters have sex with the dead in other horror movies. Still, I’ve never seen it done so seriously, it’s certainly uncomfortable to witness. In fact, there are many sexualised moments in the film. I’m almost sure this was just the director running through his fetish list and ticking them off one at a time. 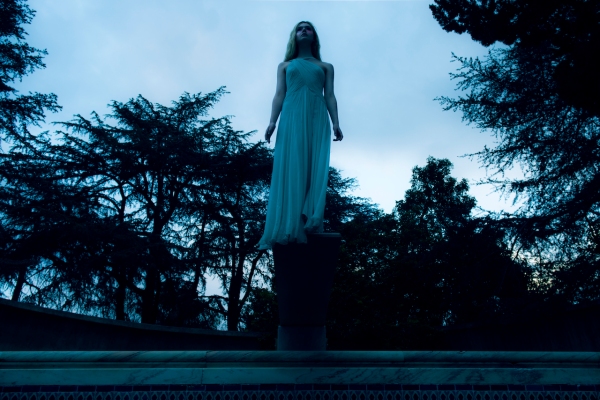 The biggest trouble with The Neon Demon is that it slows down far too many times that it is boring. How can a film with this much visual style. With so much happening on screen to catch your eye fail to be very interesting? There are moments in which you’re left to stare at the screen at imagery for an extended period of time. Then only for it to go entirely unexplained or lead to nothing. What was the point of the mountain Lion in the motel room again?

The acting is great when the actors are allowed to show any emotion other than total boredom. unfortunately, they do so for 99% of the runtime.

Still, you’ll be left with a bagful of unanswered questions. Just before the “oh my god, it’s not actually about to just end is it!?” thought runs through your mind. I only really figured out what was happening with online research. I don’t feel that’s my fault. It’s like the whole thing is one great big metaphor for models, humans & Elizabeth Báthory vampires. Basically, you’re an idiot for simply just not getting it.