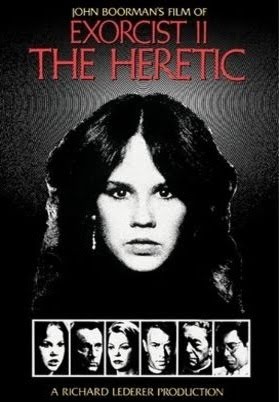 I’m going to start this review by saying that The Exorcist II: The Heretic is a terrible movie that should never have been made. It’s boring & filled with nonsense that doesn’t even come close to touching on what made the original so compelling. Hoping for scares? Look elsewhere because this has none. It’s arguable if it should even be classed as a horror movie…

So Philip Lamont is a priest struggling with his faith…sound familiar? He fails in an exorcism in South America & the girl dies when her dress catches fire from a candle. Back in America he is re-assigned to find out what actually caused Father Merrin’s death in the first movie. It seems as though the church wants to brand Merrin as a heretic because of some of his controversial pieces of literature. 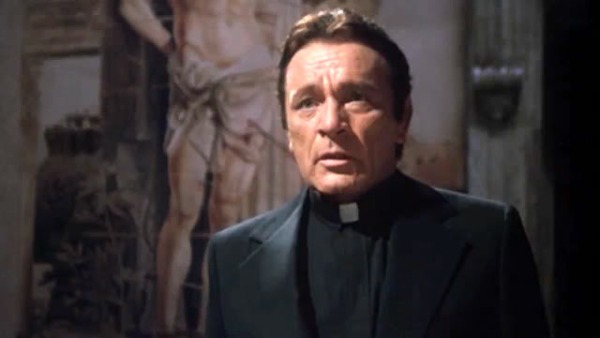 It’s been 4 years since Regan MacNeil’s exorcism & she seems to be doing well. Her mother is away filming so she is staying with Sharon from the first movie in New York. Still under observation at an institute for gifted children the doctor who runs the place (Dr. Gene Tuskin) believes Regan is repressing the memories of what occurred in Washington. 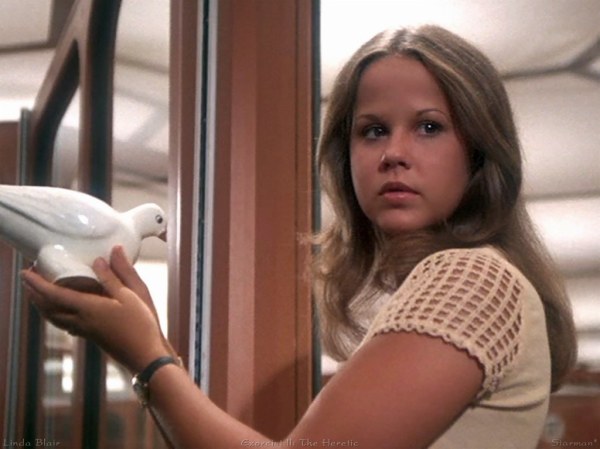 Father Lamont figures the answers he is looking for is buried in Regan & looks to find out exactly what happened during her exorcism.

Delving into Regan’s mind using hypnotism and a machine with the most annoying noise, Lamont ends up conversing with Regan’s dream name…Pazuzu, the demon that inhabited Regan in the first movie. Pazuzu takes Lamont into the past where we see Merrin in Africa where he exorcises a boy inhabited by the demon. The boy had special healing powers & it seems as though Pazuzu attacks those with that power which include Regan (spelt out for us with a nicely done scene involving a mute girl).

Pazuzu appears a storm of Locust & the only way to fully defeat it & save Regan once and for all is to confront the demon & pull out its heart. I shit you not…

The Heretic is a chore to sit through barely making any sense at times while trying to expand on a story that doesn’t need it. Do you like lots of shots of Locust? Good, because you’re going to get plenty of that. The scenes set in Africa are some of the worst, looking horribly like a set with cheesy dialogue & non-subtitled sections. 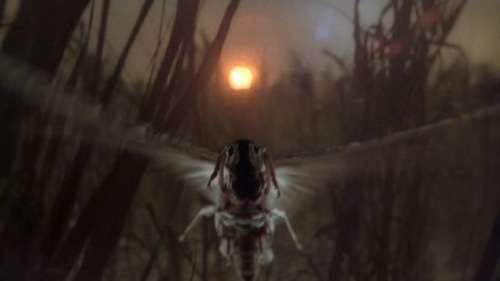 Part of the problem is just how unconvincing the cast are…Lamont looks to be in a constant state of shock that he is even in the movie while Regan just bores. The attempt to make her sexy near the end as a succubus sent to test Lamont is actually quite disturbing. No-one seems to be enjoying their roles & the lighter edge throughout makes it all seem a bit false.

Regan even briefly gets to reprise the role of the demon in small flashbacks of what occurred when Merrin was dying in the room. However she is a lot older, clearly a lot older & the demon has a different sounding voice. Why even do this?

There is nothing memorable about The Exorcist II….the music is far too upbeat most of the time & is borderline irritating. There are few scenes that will shock or surprise (save for a final burning scene that doesn’t make a lot of sense) & even less that will excite. 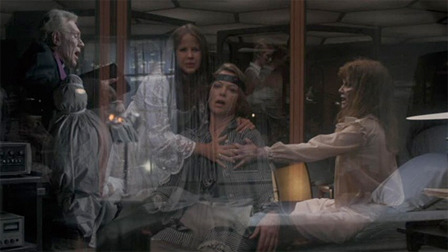 It speaks volumes when the director goes back & recuts his movie to make it have a darker edge & ending after it has been released. When people are walking out of the theatre in floods of laughter things have gone seriously wrong.

The Exorcist II: The Heretic