It’s Christmas Eve & Dave just can’t believe his luck when he’s offered a job at a local hardware store. After some rather strange introductions to his eccentric co-workers, Dave will soon come to the realization that his first night on the job might not be as simple and straight forward as he’d hoped. A dead body is discovered with a duffel bag full of cash and the employees are divided on what should be done with the money. Not only that but they must quickly discover who is responsible for the dead body and understand that not all of them will be leaving the hardware store in time for Christmas.

Massacre on Aisle 12 manages to tell a coherent whodunit story whilst being somewhat hampered by budgetary constraints. The sloppy editing is quite prevalent and certain scenes feels a little bit cobbled together but it doesn’t ruin the whole ride. In fact, I’d go as far as to say that the film is surprisingly entertaining from beginning to end.

As soon as Dave enters the store and meets the other workers you just know you’re in for a couple of laughs. Each of them has personality traits that are stereotypes of the genre but the movie doesn’t shy away from this fact, it completely embraces it. A couple of the characters are a little bit thrown away or pointless but they each combine to create something highly amusing. 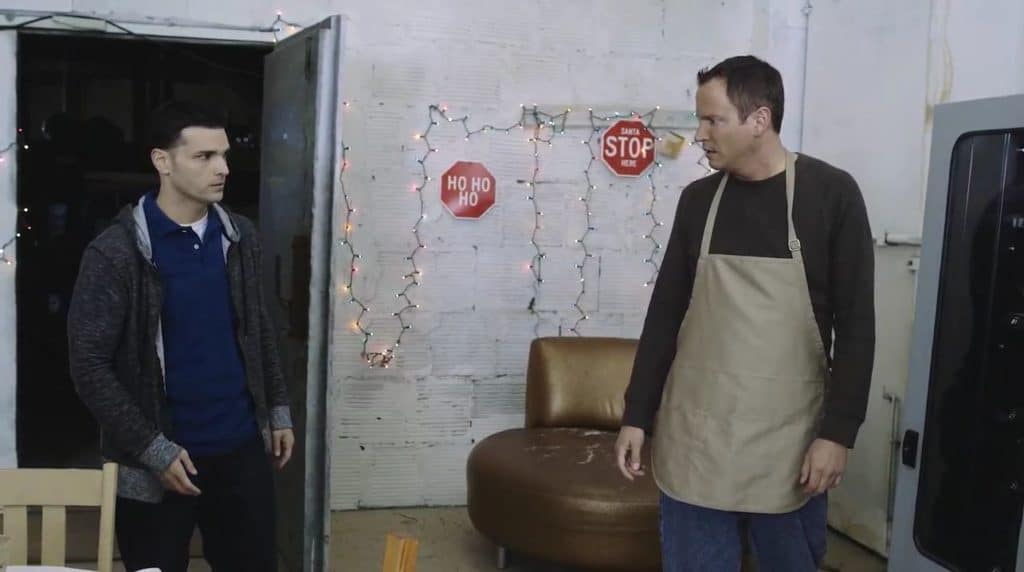 They are constantly bouncing jokes and insults off each other (most of which are highly politically incorrect) with impeccable comedic timing.

This is a horror before it’s a comedy after all and with as many characters as there are, you’d be right to anticipate a couple of deaths. The hardware store is ripe with possibilities for inventive deaths but I didn’t really find them to be particularly inventive unfortunately. The issue is that the budget is clearly quite low so the camera often has to pan away at some pivotal moments which is a shame. There are some gore effects on display but it’s easy to see the limitations that they had, naturally it’s all still effective in getting the point across.

My favourite character has to be Black Jack or Jackson Porter, his dialogue is hilarious and his delivery is great. 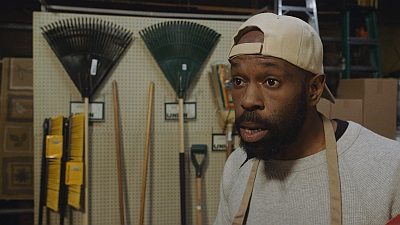 At the end of the day, Massacre on Aisle 12 doesn’t quite have the budget but it has the characters, acting and comedy to make up for it. It’s a little bit of a turn off your brain horror/comedy but there’s nothing wrong with that sometimes.

I will say that I felt it being Christmas was a little bit wasted but I have a feeling it was just an excuse to put a certain character in the film…..

It does lead to a really funny line though. As one character is murdering another, he says “Merry Christmas” And just before dying the other says “Corporate would prefer it if you used, Happy Holidays”.