Welcome back to the wonderful world of video nasties, that infamous list of movies that were cited as being obscene & a danger to the public. Most of them are available completely uncut nowadays including this one, Evilspeak.

Banned because of its gore & basis in Satanism, you know this is going to be something special when Anton LaVey (Church of Satan) considers it to be ‘very satanic’.

Opening on a beach a long time ago, we see Father Estaban & his followers being banished for thinking that Satan is a bit of a top guy. Estaban & his gang don’t seem to be bothered about banishment as one woman takes her top off (as you do) and lets Estaban chop her head off. It’s pretty awesome!

Jump forward in time & we meet Stanley Coopersmith, a young man attending a military academy where he is mercilessly bullied by his classmates & a few of the teachers. Coopersmith is regularly punished for reasons that aren’t his fault & one such punishment is to clean the church cellar.

There he finds a secret room that belonged to everyone’s favourite Satanist, Father Estaban. Coopersmith finds a book of black magic & after translating it using his computer (Latin: Coopersmith is computer-smart) realises he can perform a Black Mass & summon Satan to get his revenge on his tormentors. 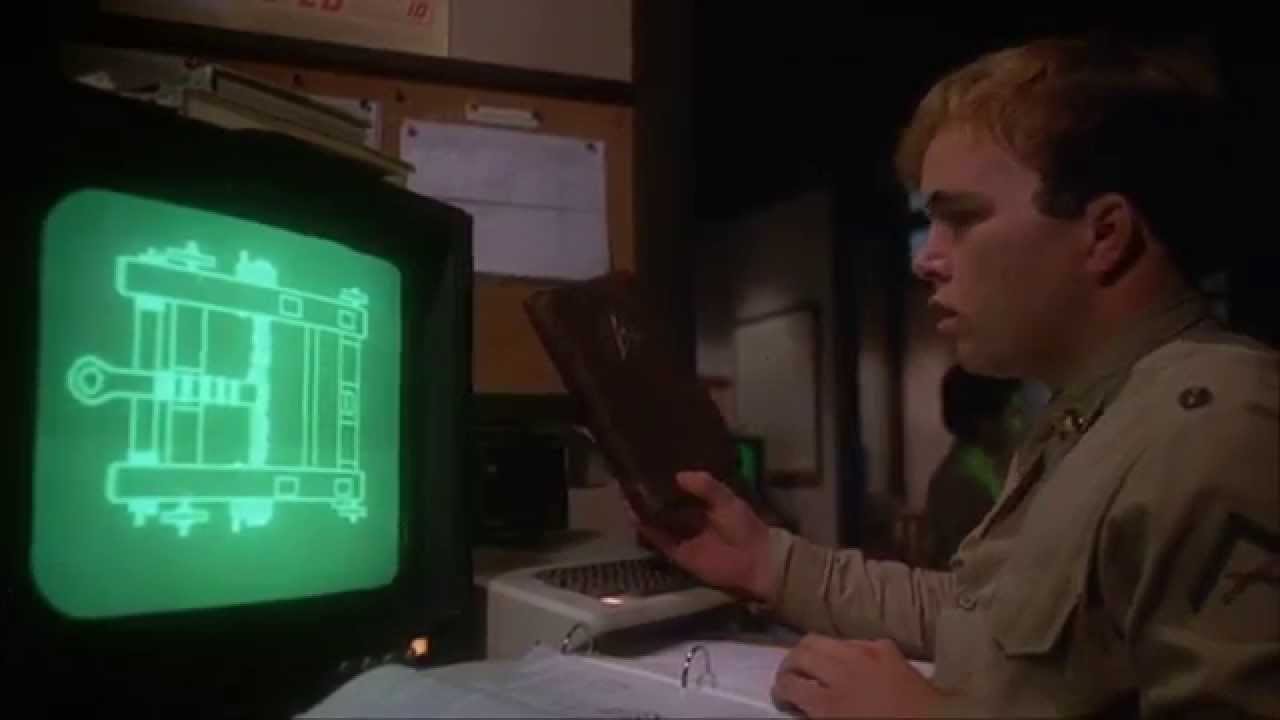 Most of the film is watching Coopersmith struggle at school while being tormented. He’s an easy target & we’ve seen many movies (not just horror) that have his style of character. The bullies always get their comeuppance at the end & Evilspeak is no different.

Well, that is until the final 10 minutes where the film goes bat-shit crazy. Think Carrie but involving flesh-eating pigs, fire & Coopersmith flying around with a huge sword. It’s crazy, very graphic & a ton of fun, it’s worth seeing the film for this part alone. 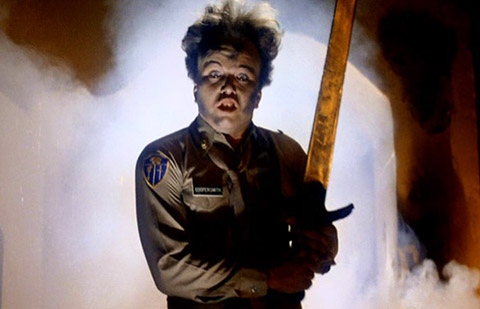 Not to say the rest is bad or anything, it just isn’t anything special. Considering the generic characters the acting is good & Coopersmith is a sympathetic character if not a little too soft for military school. Mixing Satanist imagery with computer effects is pretty cool even if it looks dated now. It’s nice to see ideas were being tried out & it stands as a great reminder of the imagination that existed in this decade.

Evilspeak has a cult following & when ever anyone talks about it they invariably end up raving about the ending. I’m no different…