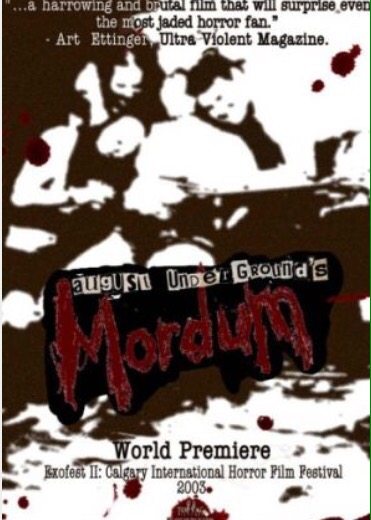 Some time ago a colleague and I decided to start up what we called a ‘Sickfest’. The aim? To find the most messed up and shocking horror we could get our hands on,watch and exchange thoughts.Being a gore hound, I was on a mission to find my boundaries, to see how much I could take, where my line was drawn and if there was any artistic merit or lasting impact from this extreme end of horror. Whilst a few films that I would consider gems were discovered on this twisted journey, the main result was an Amazon recommendation list that I’m sure would have raised eyebrows amongst the local homicide department if a body had been found close to my home.

Then the day came, my colleague slung a DVD on my desk, and with the simple phrase ‘My wife won’t let me keep this in the house’, set my dark little heart skipping. As it turned out he’d only been able to make it halfway through before it turned his stomach enough to sate his thirst for gore. So there I sat, clutching a DVD case with images that I was fairly certain would garner me a disciplinary hearing if my boss noticed it, in my hot, clammy hands. Was this to be the film that would disturb me so greatly that I would need to take a hiatus from extreme horror? Well, the answer is yes and no.

I should explain that August Underground’s Mordum is actually the second in a trilogy, and is the only of the three I’ve seen. After a bit of research I found that I would lose nothing from the plot by not watching its predecessor, August Underground (2001), and that it would add little to the viewing experience to have seen the only returning character, Peter’s, previous exploits. 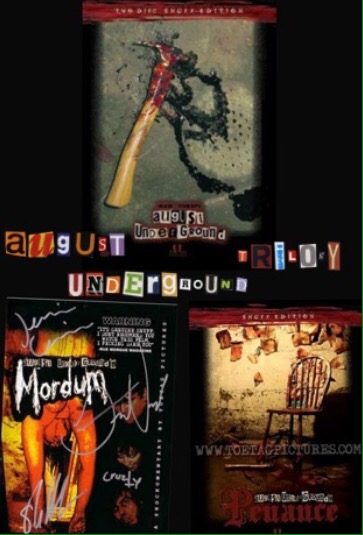 So now to the plot. Let’s just say it’s…lacking. We follow fun loving serial killer Peter, his bubbley sadomasochistic girfriend Crusty, and her mentally challenged brother Maggot, as they rampage through crack dens, tattoo parlours and various other dingey places torturing whomever they feel like. Just in case you hadn’t noticed that this gang were sickos, there’s an incestual subplot between Crusty and Maggot, they like to fuck, and hilariously for all of Peter’s , shall we say ‘dark’, lusts even he finds their relationship distasteful. The whole thing is shot as a home movie, including shakey camerawork and grainy,gloomy footage.

That’s it, that’s the plot. I suppose I should be more forgiving of this, it’s supposed to be a full on visual assault of disturbing imagery, not an epic, however I still believe that a good story, and character development should be the main focus of a filmmaker, no matter what genre niche you are trying to fill. It does try very hard to shock with headless babies, squirming maggots, necrophilia, blood, guts and intense torture ,but the bombardment of grossness has a try hard feel that will leave you a little numb to it. 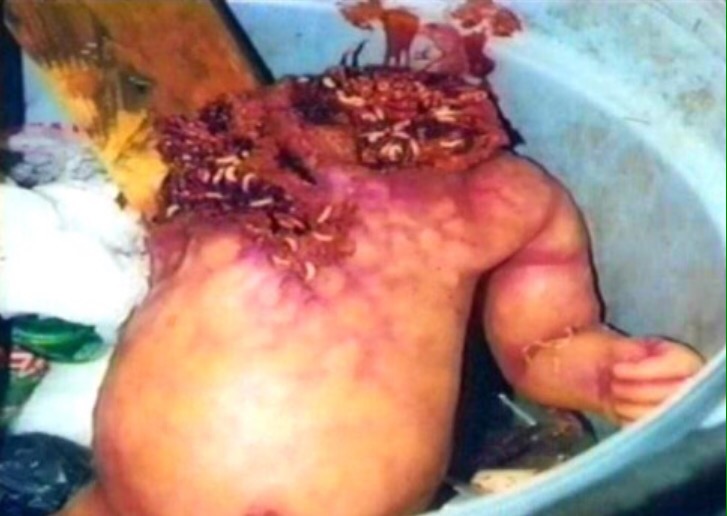 There are many scenes of graphic physical and sexual violence that do make for uncomfortable viewing at times, and to give the cast their due, the victims portray their emotional torment quite convincingly for the most part, but I couldn’t shake the feeling that most of the actors seemed like they were friends of the director, which takes you out of the moment somewhat. Considering some of the content,it probably made for pretty awkward social gatherings after filming wrapped too.

One thing that did bother me though was that even when the victims were unbound and physically out matched the trio, there was no attempt to fight back. This stood out the most for me during a lengthy scene involving two women allowing themselves to be brutalised by Crusty as they cry and beg for their lives, but at no point trying to take her on despite being quite visibly able to. It was like they were unbelievably resigned to their fate, which happened to be getting gutted and there gaping stomachs being humped by Maggot, in case you were wondering. 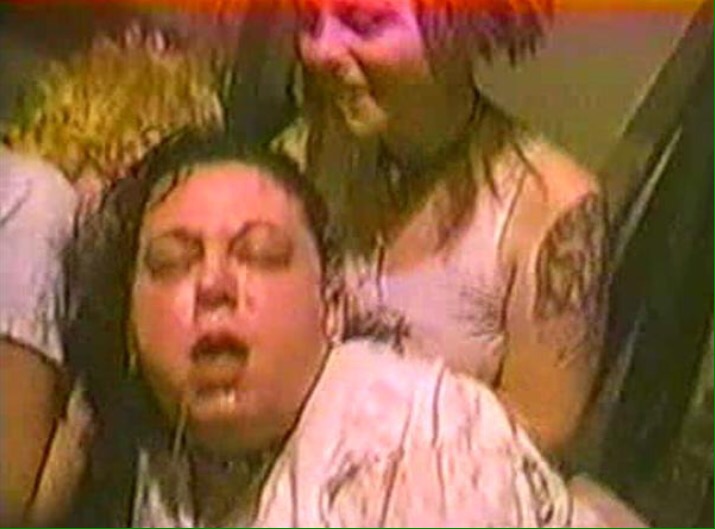 Now, did Mordum live up to expectations? In keeping with the aims of ‘Sickfest’ I’d have to say that this film had no artistic merit. The style was jarring, it was actually hard to work out what was going on in some scenes due to this. The acting was fair at best, dire at worst and as I mentioned before there was little attempt at plot or depth of character.There was no suspense, you are just witnessing a series of unpleasant events.

As for lasting impact, the most I can say is that due to the copious amounts of real vomiting, I didn’t really feel like eating for a while afterwards.  That’s not to say that there are no scenes that disturb, I watched this with a friend who had to leave the room during a segment near the end where a dead child is being sodomised by you guessed it,Maggot, in a bath tub. There is no doubt that unless you are used to this particular brand of horror then you will probably find it very hard to take, it’s just that generally if you watching a film like Mordum, there won’t be much here you haven’t seen before. 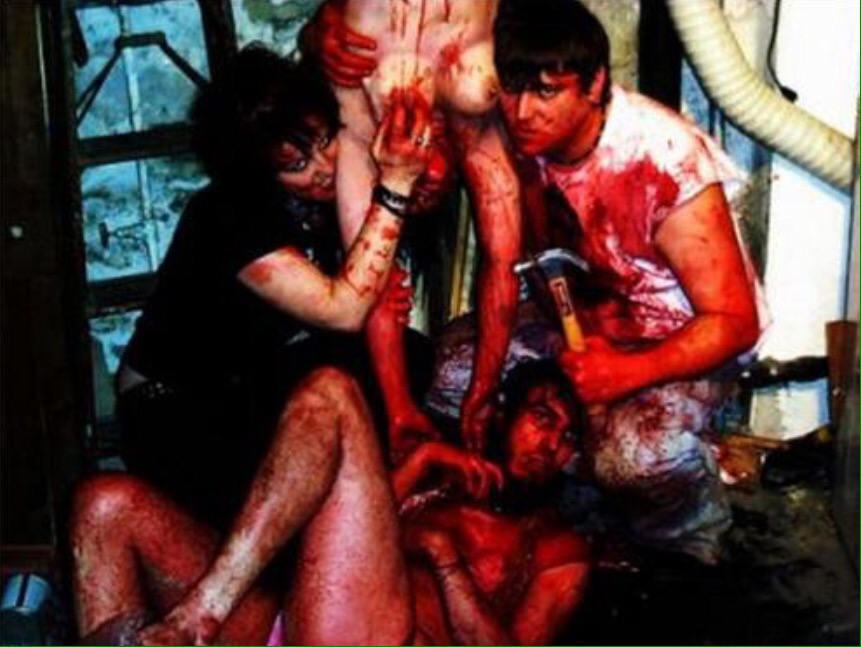 I did take a break from the ‘Sickfest’ after seeing this, but it wasn’t due to finding where my line was drawn in regards to disturbing imagery , rather that there is only so much wailing,vomit,snot and rape a person can watch before wondering why I wasn’t seeking out a higher caliber of horror. I know it exists, I’ve seen it.

Liked it? Take a second to support Guest Writer on Patreon!