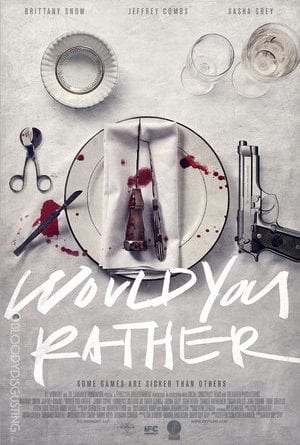 Would You Rather is a 2012 American psychological horror-thriller film directed by David Guy Levy and starring Brittany Snow and Jeffrey Combs. It is based on the party game “would you rather”, and centers on Snow’s character, Iris, as she attends a dinner party, where she must partake in a life-threatening game to help her sick younger brother secure a donor.

Iris, a young woman caring for her sick younger brother Raleigh, is unable to afford the costs of his treatment for leukemia. Her brother’s oncologist, Dr. Barden, introduces Iris to Shepard Lambrick, a philanthropist, who offers her a deal. If she wins a parlour game at a dinner party, he will pay for Raleigh’s treatment and locate a bone marrow donor for him. Dr. Barden tells Iris that he once played the game and won. Iris asks Shepard if she can think it over and get back to him if she chooses to go. Shepard says yes, but informs her that she must let him know before 8:00 p.m. After Iris finds out that she was not hired for a job she applied for, she contacts Shepard and lets him know that she will attend the dinner party. 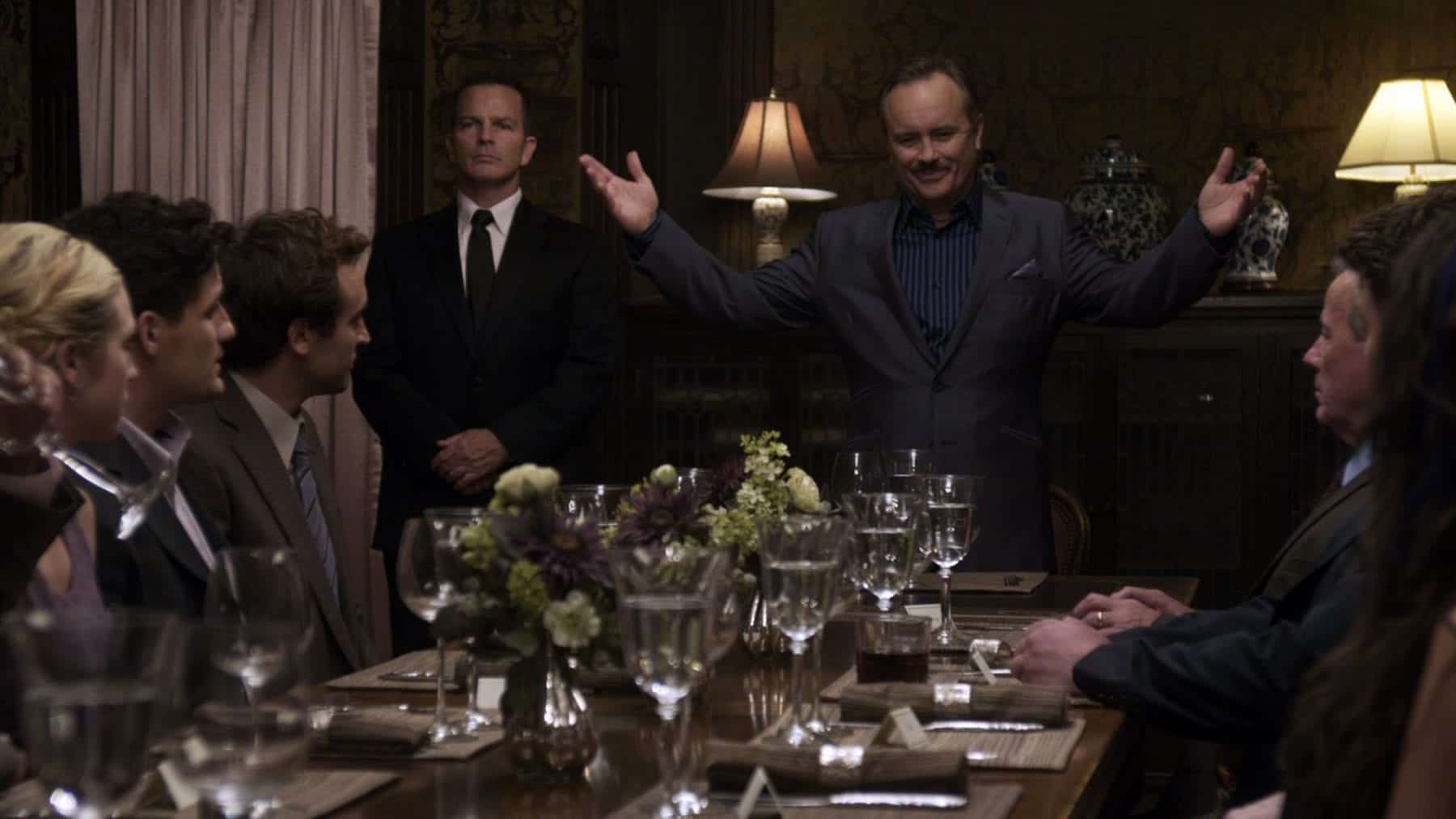 The next day at Shepard’s manor, Iris is introduced to his son Julian and the other contestants: Lucas; Travis, a war veteran; Linda, a paralyzed elderly woman; Peter, a gambling addict; Amy, a woman whose daughter had drowned; Conway, an alcoholic debtor; and Cal. A steak and foie gras dinner is served but Iris, a vegetarian, initially declines to eat it. Shepard then offers her $10,000 to compromise her principles; she reluctantly accepts his offer and eats the steak. When Shepard realizes Conway is a recovering alcoholic, he offers him $10,000 to drink a glass of wine. When Conway declines, Shepard offers him $50,000 to drink an entire decanter of Scotch, which Conway accepts. 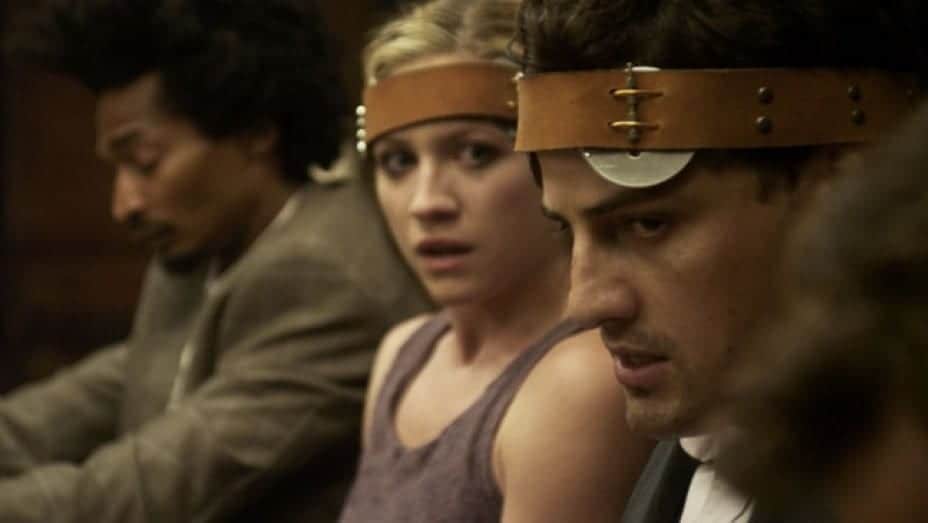 After dinner ends, the game begins. Shepard reveals it to be a version of the party game “would you rather” in which players must choose between two options. Shepard gives his guests the opportunity to leave without playing, but everyone stays. After Shepard’s butler, a former MI5 agent named Bevans, wheels in an electric shock machine, Conway attempts to leave but is shot dead. The remaining contestants learn how serious and deadly the game is, and that they can only win the game if they are the last surviving player. The 1st round is played by having 2 contestants at a time connected to the electric shock machine, and one person decides whether they should shock themselves or the other person. The contestants take turns making the difficult decision, and the round ends with no one eliminated.

During a short break in between rounds, Travis gets into an argument with Julian, Shepard’s son, resulting in Travis being targeted for the next round.

In the second round, each contestant has 30 seconds to choose between stabbing someone in the thigh with an ice pick or whipping Travis three times. After several turns and hard choices, it’s Amy’s turn, who is more focused on eliminating everyone else. She is allowed to stab any player she wants and chooses Iris. Instead of stabbing Iris in the leg she stabs her on her side, close to her lung, trying to get Iris eliminated by killing her. 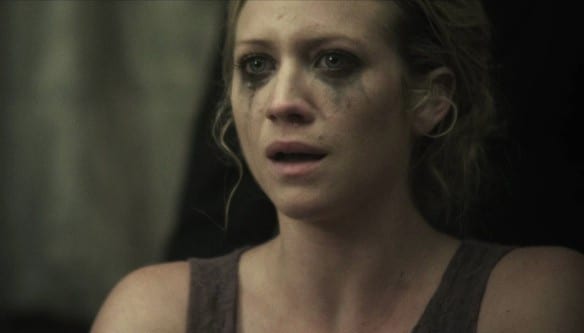 Is it truly possible to survive this game? Can Iris and her fellow players make it through the increasingly life threatening rounds? Watch and find out.

“Would you rather” is a game everyone has played one time or another, and it’s a fun way to pass time while finding out facts you didn’t know about your friends (John would rather have no eyelids than no fingers, interesting…). But what if the game involved serious moral implications: ones that would decide whether you live or die? Would You Rather is a film where this scenario becomes a reality.

An entertaining movie which raises moral questions which you can discuss while the player decides. It raises the stakes and shows you exactly what people are willing to throw away for large quantities of cash.

Would You Rather stars Brittany Snow (Iris) and Jeffrey Combs (Lambrick). As usual Jeffrey Combs plays his role well and brings the whole thing together, he’s thoroughly entertaining throughout. Additionally, Brittany Snow is fantastic and a character worth sympathising for, even if you could learn a bit more about her. In fact, on that note, it would have been easier to sympathise with all the players if we had learned more about them and their motivations. But I digress.

The effects are good but it often cuts away at the last second, perhaps due to budgetary restraints. My favourite aspect is how tame each round seems. Usually in films a character goes through an unbelievable amount of pain and suffers horrific injuries, but survives. Would You Rather has realistic torture and punishments, where being stabbed in the thigh is your end and 2 minutes underwater is enough to drown you. Some might argue that this makes the movie anti climatic because movies such as Saw or Hostel have desensitized them and made them believe that losing a limb is survivable. But as we all know, humans are weak meat sacks that can perish from very basic injuries. So the realistic nature was definitely something I enjoyed seeing play out.

Over all, Would You Rather is a well-acted, well played out scenario. I found it was executed better than the recent “Ready or Not” as the entire movie focused solely on the game. I would have liked to see a few more rounds so it could go further and more gruesome but I understand its rational approach. I absolutely loved the ending and it’s truly something I’ll never forget. I’m glad they had the balls to do it.