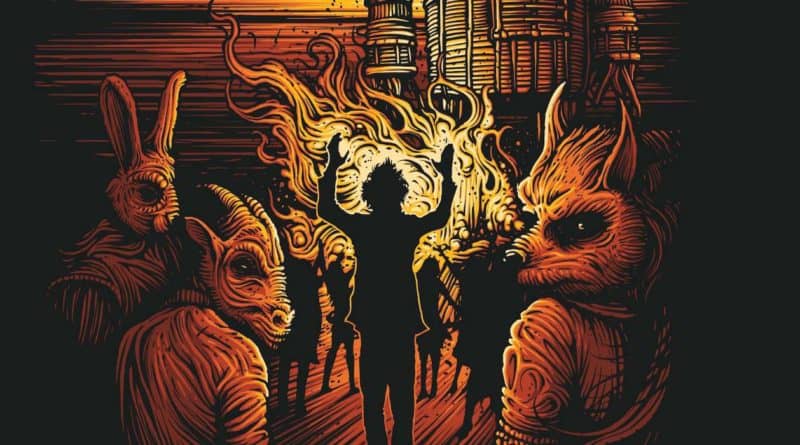 Going back to watch the 1973 original, The Wicker Man having seen the remake is a tough ask. The 2006 Nicholas Cage film is an atrocity of film-making, something that is so bad it could affect how you feel about the original. Unless, you see them the other way around! (Read our review of the remake here & the spiritual sequel, The Wicker Tree here).

It sees English Sergeant Neil Howie (Edward Woodward) travel to the remote Scottish island, Summerisle. He’s there to investigate the reported disappearance of a young girl, Rowan Morrison. Arriving on the island, he instantly gets resistance as every islander he speaks too claims the girl doesn’t exist. 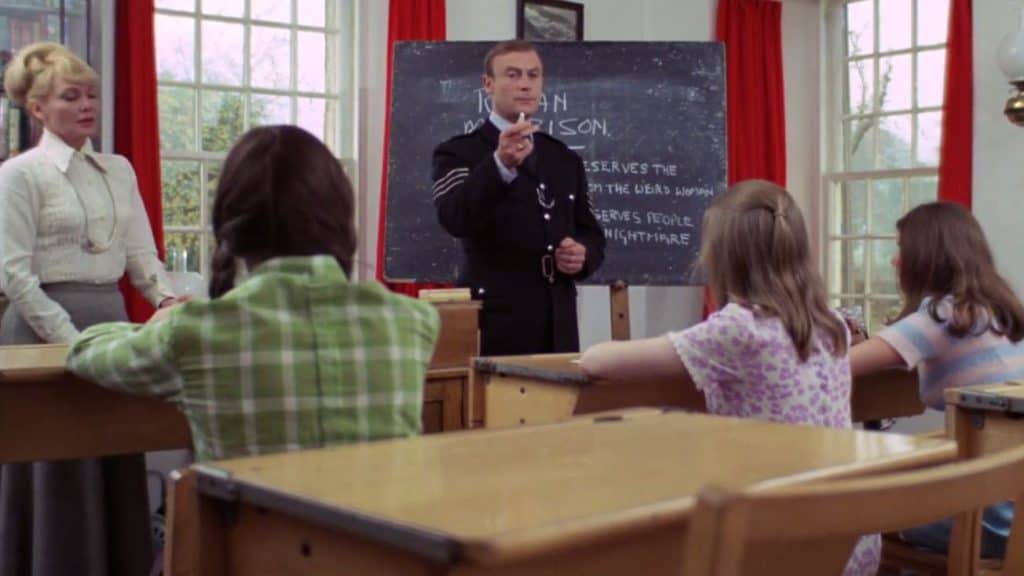 Howie is frustrated & disturbed by seeing the locals pay homage to the pagan Celtic gods of their ancestors. Particularly as he is a devout Christian. Not that anyone on the island cares what he thinks, unashamedly practising their beliefs in front of him.

As Sergeant Howie investigates the Rowan disappearance he uncovers a sinister plot that relates to the island having a poor harvest & human sacrifice. Something that is all but confirmed when he meets Lord Summerisle (Christopher Lee).

Believing that Rowan will be sacrificed to pagan gods during the May Day celebration, Howie infiltrate the parade & discovers the horrific truth. An ending that is incredibly dark, twisted & utterly thrilling.

What a movie this is. The Wicker Man is an absolutely stunning piece of horror film-making. Impossible to turn away from, filled with tension from the moment it begins to the final screams of terror. Edward Woodward is a revelation, Britt Ekland is sultry & devious, Christopher Lee is terrifying and Ingrid Pitt pulls off one of her finest roles to date.

The ritualistic events that take place are filmed to perfection, the island is a gorgeous place but with a constant undertone of threat. Everyone is so nice & it’s often Sergeant Howie that is off with them. Angry at the lack of Christianity on the island, his belief is unwavering even during the final horrific moments.

Still feeling as important now, its age isn’t showing & it highlights even more just how much of a mess the 2006 remake was.