The lack of imagination in movie titles these days…it makes them so much more forgettable & makes it so much harder to search for them online. What doesn’t help is that often a film title in the USA is changed for something even blander & un-inspired in the UK.

A great example of this is the 2014 movie, Dark Was the Night which was given the terrible title of…Monster Hunter in the UK. Tell me, which one are you going to remember!?

I watched The Hoarder under a different title, a much worse title…if that was even possible. I watched it under the title of The Bunker, so much originality right there & to make matters even worse the location that this film takes place in is not even a god-damn bunker!

Instead it’s a building that houses storage units! The Hoarder might not be the most inspired name but at least it’s reflective of what actually takes place in the movie.

Ella is suspicious that her rich boyfriend may be cheating on her. She has come to this conclusion after discovering that he rents a secret storage unit. Rather then, let’s say, ask him about it, she chooses instead to enlist her sarcastic friend Molly to break into the unit.

I have no idea what she expected to find…another woman just living there? Video evidence of him having sex with someone else? A book detailing all his extra-marital conquests?

In case you haven’t worked it out, Ella & Molly are terrible people jumping to the most extreme conclusions from what is most likely something far simpler. It’s this gross over-reaction that sees the pair accidentally discover something much worse in the depths of the bunker…I mean storage facility.

Now they are trapped inside with a group of boring, one-dimensional characters (it’s funny how many people are in this place 5 minutes before it’s supposed to close) & something is hunting them.

I’m being deliberately vague because the one positive here (it’s really not much though) is the kind of twist that occurs in the final third of the movie. Don’t get me wrong, it’s a much better idea for a plot finale even if it doesn’t make that much sense. A lot of questions are raised at the end & not the good kind. Here you’re more likely to be wondering things like “how is that possible?” “How has no-one noticed by now?” “Does no-one ever fight back?” “Do I even really care?”

The answer to that last one is no, no you won’t care because the cast are terrible. Clichéd characters (the soon to be divorced couple realising they may still love each other when put in life or death situations, the soon to be retired cop who may be a little ‘dirty’) with mind-numbingly pointless dialogue.

The villain isn’t any better, laughable really when they are revealed, it’s amazing that anyone would ever feel threatened by them. Sure, you can argue that makes a great villain, someone you might never expect but you don’t get that from this.

So forgettable, the only reason Ella stands out from the crowd is because she is the lead & so unlikable. This is a film where you want to see the heroine (sort of) get killed within the first half of the movie. 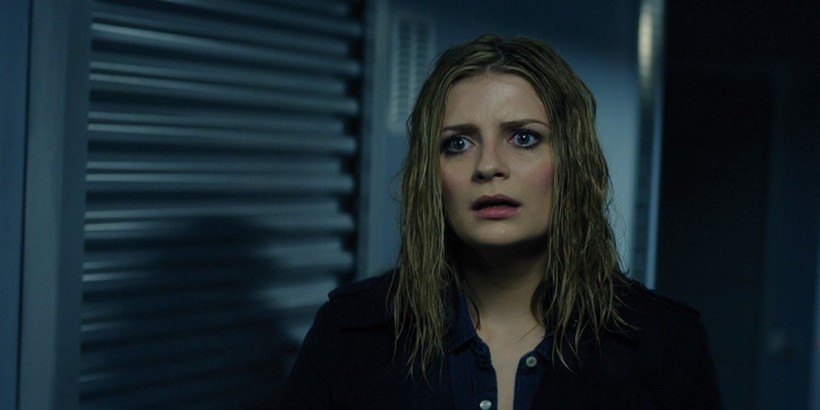 No matter what name this movie goes under, it doesn’t change the fact that it’s an uninspired, cliché filled mess.