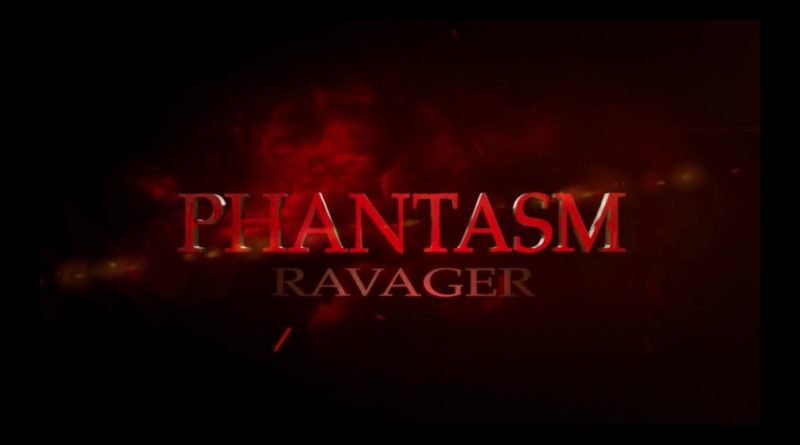 The fifth & final (as of now) Phantasm movie was released in 2016, 18 years after the phenomenal Phantasm IV: Oblivion. Amazingly, all the series regulars return. A. Michael Baldwin, Reggie Bannister, Bill Thornbury & Angus Scrimm all reprise their roles, the only difference this time being a change in director. Don Coscarelli handed the reigns over to David Hartman but stayed on as a producer & writer. 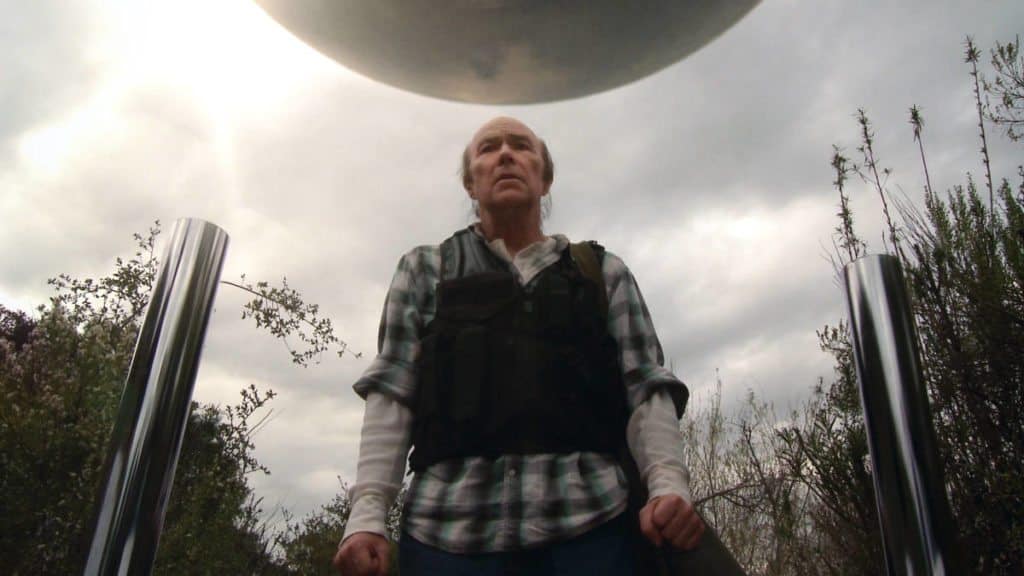 You can read our reviews of the first 4 movies below: 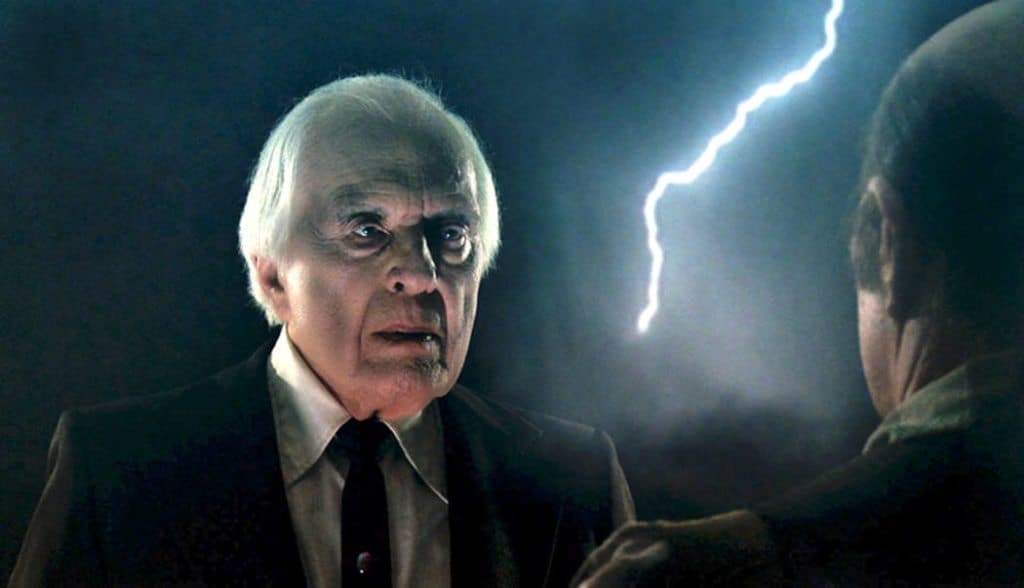 Phantasm V: Ravager opens with series favourite, Reggie (Reggie Bannister) running through a desert still on the trail of Mike (A. Michael Baldwin) & the Tall Man (Angus Scrimm). After getting his car back (in an great scene) from a thief, Reggie is chased by a pair of the Tall Man’s spheres.

He fights them off & then surprisingly wakes up in a hospital.

Mike is there & claims that Reggie has been there for some time as he suffers from dementia. To say Reggie is surprised is an understatement & all his claims about the Tall Man are meet with cynicism.

Get used to this. Phantasm V jumps dimensions & time-zones with no clear explanation. One minute we’re with Reggie in a modern-day hospital, another time he is lying in a bed in the 1800s next to a dying Jebediah Morningside (Angus Scrimm) & another time he will be battling the Tall Man’s minions in a decayed & dystopian future.

It can be very confusing but comes together in such a brilliant & comforting way that you just have to sit back & applaud the effort put in. Phantasm V, as a conclusion (sort of) to the series, is so satisfying. Being back in this world, with these characters & seeing just how far they have all come is just amazing.

Sure, some of them are looking a tad old now (Angus Scrimm with die in 2016) but the characters feel as fresh as they did in 1979.

The relationships between all these characters, we as viewers share. Their journey is our journey & Phantasm V ties up many loose ends well. We finally get an explanation (along with a great visual) about the Tall Man’s in-ability to die, we finally see just what his end game is & we finally see him realise that Reggie is more than just a pain in the butt.

Action packed with plenty of gore, Phantasm V mixes sci-fi with horror perfectly. It feels fresh but it still feels like a Phantasm movie.

The movies biggest flaw relates to just how cheap it looks, the CGI is laughably bad at times & the camerawork comes across amateurish.

Visuals aren’t everything though. Phantasm has always been about family, the love between brothers and friends. On that front, Ravager is an incredible success & it’s final scene is one of the most emotionally fraught & devastating endings in horror.

Watch this movie, but only after you’ve watched the first 4. That is what will make you care about the characters. A journey that started 1979 & ended in 2016.