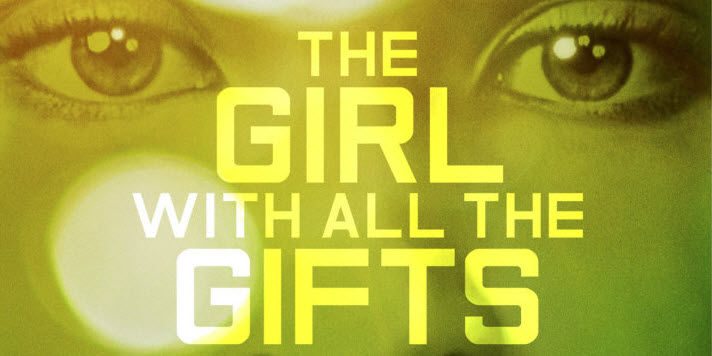 “Why should it be us who die for you?”

The Girl with All the Gifts is a 2016 British post-apocalyptic zombie horror drama film directed by Colm McCarthy and written by M.R. Carey adapted from his novel of the same name.

In the near future, humanity has been ravaged by a mysterious fungal disease. The afflicted are robbed of all free will and turned into fast, flesh-eating zombies referred to as ‘hungries’. Humankind’s only hope is a small group of hybrid, second generation children who crave living flesh but retain the ability to think and learn. The children go to “school” at an army base somewhere in outer London, where they are subjected to experiments by Dr. Caroline Caldwell (Glenn Close). The children are treated as prisoners, but humanized by Helen to the dismay of Sgt. Eddie Parks (Paddy Considine), although they are all restrained in cells, wheelchairs, and under constant armed guard. Helen Justineau (Gemma Arterton) is responsible for educating and studying the children. 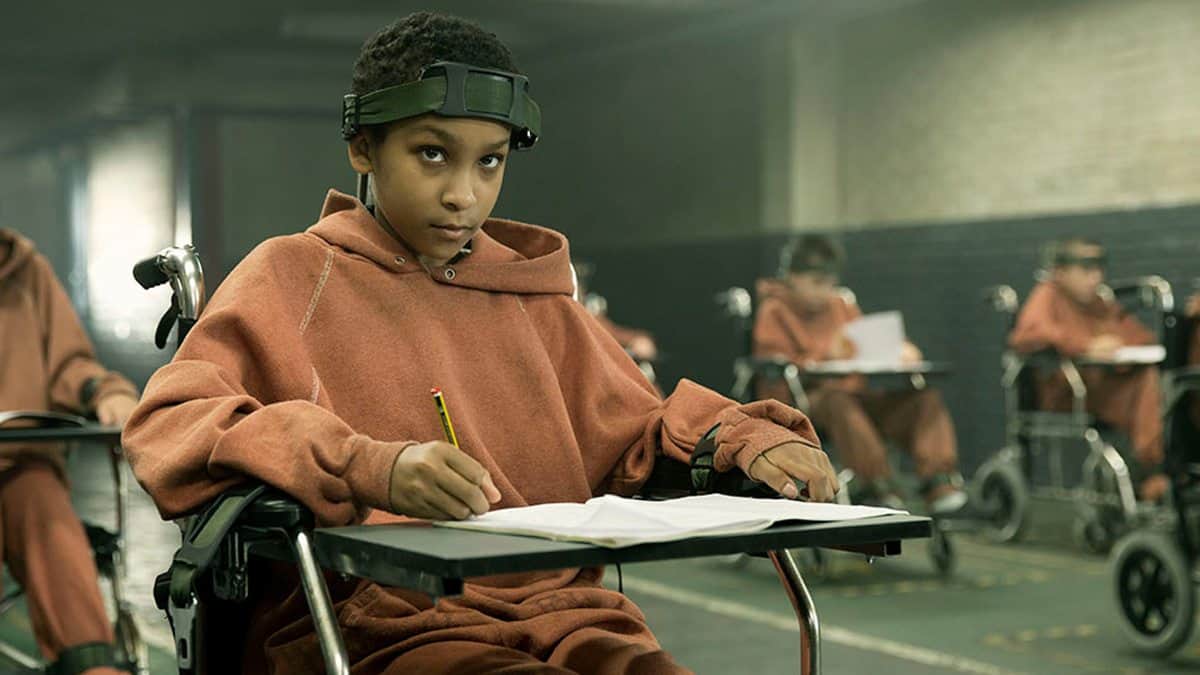 Helen treats the children kindly and has a particularly close bond to Melanie (Sennia Nanua). She has shown herself to be polite and have a high level IQ. One day Melanie is asked to read a story she has written about a young girl saving a woman from a monster and the pair staying together forever (clearly drawing a parallel from her own feelings for Miss Justineau). Helen is overcome with emotion and affectionately strokes the girl’s head. Sgt. Parks bursts in and severely rebukes Helen; he spits on his arm, rubbing off the masking gel and holds it under the nose of one of the children. This evokes a violent, animalistic response from the child that spreads to the others, apart from Melanie. She alone struggles to restrain herself, retaining her humanity to impress Helen. 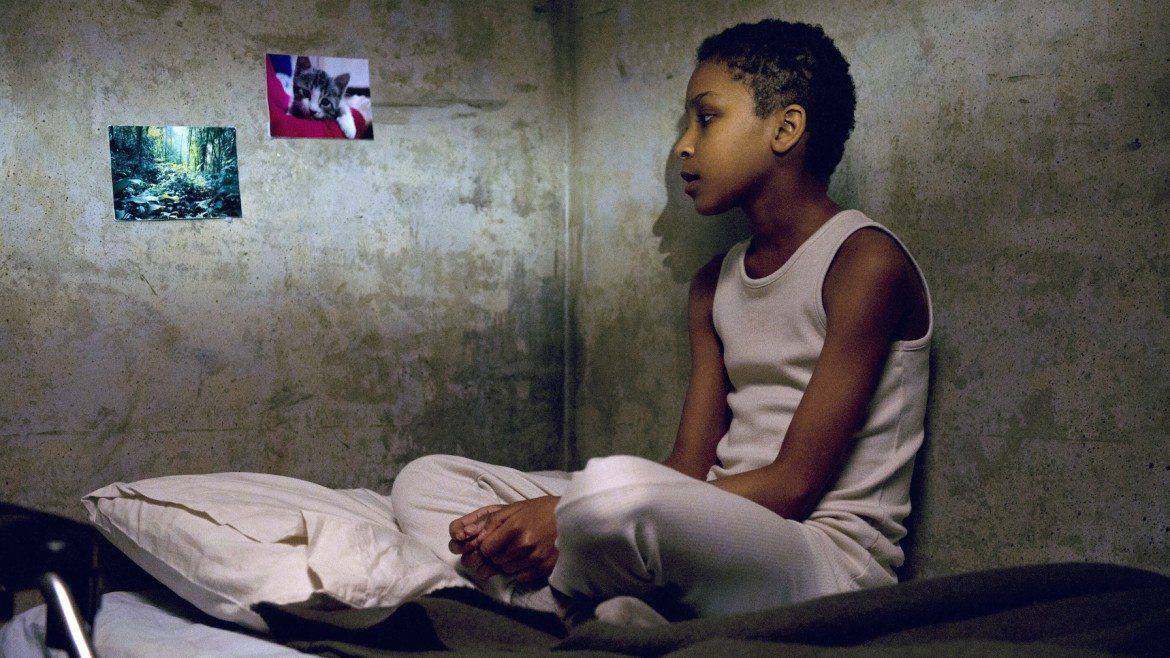 Dr Caldwell is revealed to be researching an antidote by experimenting on the children. Caldwell gives Melanie riddles and puzzles, which her high IQ allows her to solve with her exceptional logic and reasoning. Caldwell has been choosing children at random to test on, and has asked Melanie to choose a number once. After Melanie notices that child is missing, the next time Caldwell asks her for a number she chooses her own (four). After Caldwell reluctantly takes her to her lab, she is strapped to the table and prepped for surgery.

Helen bursts in to intervene and stop Caldwell; it’s revealed that she intends to remove Melanie’s brain and spinal column to develop a vaccine. Helen is stopped quickly, but the base has become overrun with hungries and the lab is breached before anything further can occur. Melanie escapes the lab but outside the hungries are everywhere and soldiers are being swarmed and violently attacked in a failing, chaotic mass breach.

Melanie wanders stunned by what she sees, but then violently attacks and infects two soldiers who are trying to restrain Helen. Helen and Melanie jump aboard an escaping armoured van. Dr Caldwell, Sgt Parks, etc reluctantly allow Helen and Melanie into the vehicle, and the group escape the base into the outskirt wilderness. After losing a member of the team while stopping for water, the van breaks down. The group have no choice but to proceed on foot to London. A location with a greater likelihood of food and supplies and where they can better communicate with Beacon, a larger military base. They discover London (which is overgrown with wild, unkempt vegetation) populated with multitudes of dormant hungries. 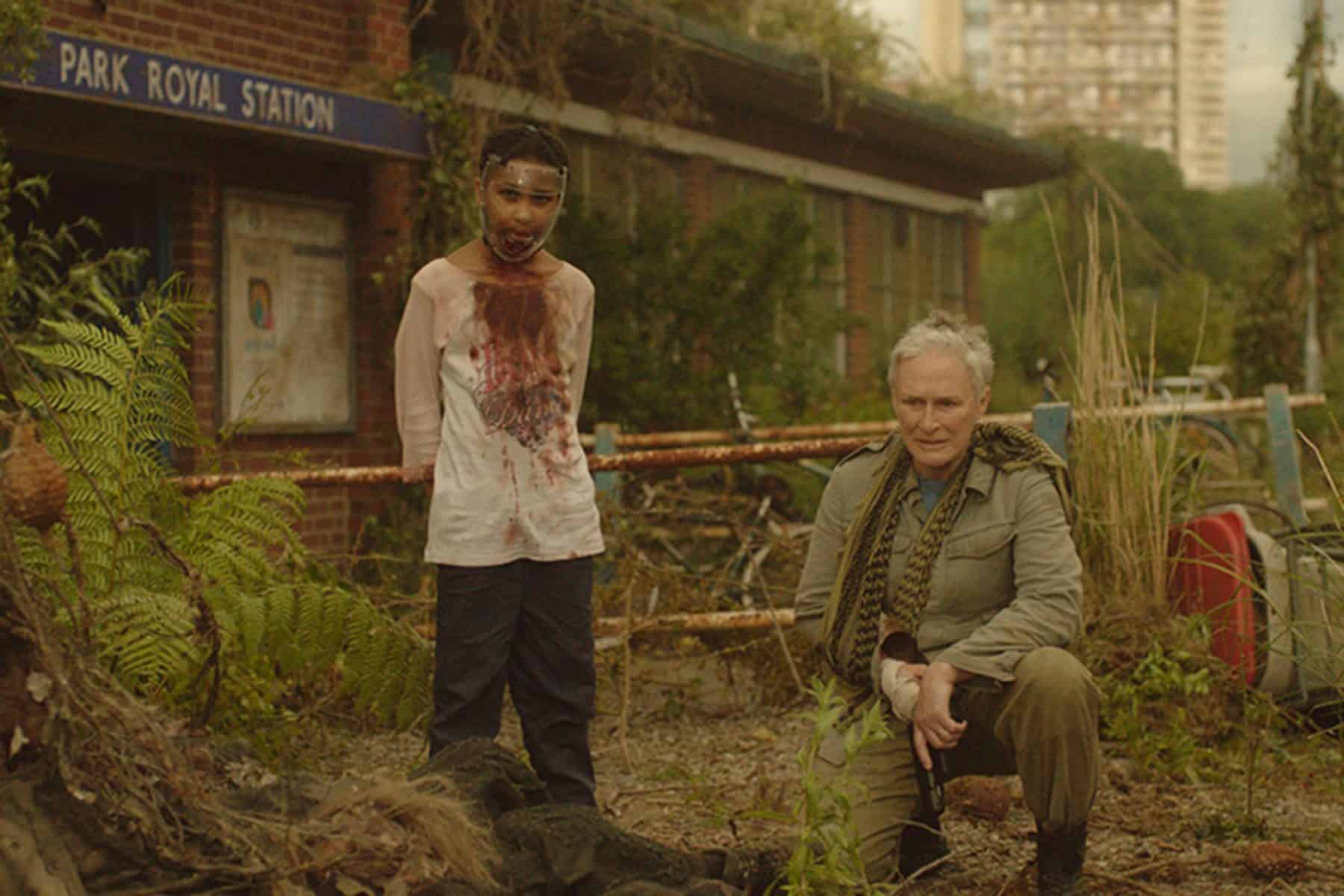 Will Caldwell get her vaccine? Is Helen right to protect Melanie or is she just too dangerous to be trusted? Watch and find out…

The Girl With All The Gifts undoubtedly is very similar to The Last Of Us. Due to that fact, the film will always be second best to it. But, that doesn’t mean it’s bad and there are many differences. Just when you think zombies have been done in every way, you watch this film and another unique idea is presented to you. The Girl With All The Gifts has you intrigued from the get go, and builds from there. Full of thought-provoking questions and gore, with a brave twist at the end. How you feel about this movie all depends on if you care about humanity’s survival or not.

The main aspect I disliked is undeveloped characters and especially Ms Helen Justineau. Helen was extremely idiotic. It felt as if you were supposed to sympathise with her feelings towards Melanie but I’m sorry, I didn’t. I understand she’s a child and treating her the way the military did was wrong. But, to hug her and be close to her… Melanie is infected which makes her dangerous and Helen endangered people’s lives unnecessarily too many times. She appeared to value Melanie’s life over humanity, when it’s possible that because the virus was so intertwined with her brain she wasn’t even in control. Perhaps it was just the infection learning and evolving inside a host.

A lot of the film depended on Helen’s stupidity and ignorance of Melanie’s condition. I found this a bit too much for me considering I disagree with her. Despite that, the film breathes new life into an increasingly stale genre with awesome special effects.

The Girl With All The Gifts