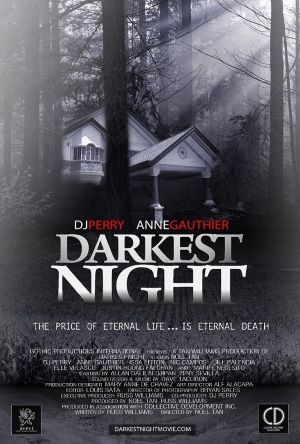 Merely a bullet-point to try and garner disinterested viewers into watching something they hope will be festive, Darkest Night is a lacklustre Christmas horror offering. One that is painfully slow, poorly paced, nonsensical at times and worst of all… is found footage.

Although that aspect is dressed up as a ‘documentary’ created by a TV journalist who adapted it from a videotape found at the ruins of a mansion. A place that housed a large family who all disappeared suddenly.

Directed by Filipino Noel Tan and written and produced by American Russ Williams. It stars DJ Perry, Anne Gauthier, Issa Litton, and Nic Campos. Set in the mountains of Luzon in the Philippines, the story it tells surrounds the Christmas Day reunion of the Espino family. A reunion that will be plunged into darkness when demonic and other-worldly forces arrive for dinner.

Will the family be able to hold off the forces of evil? Will they be able to survive and enjoy a Christmas dinner? Will the viewer be able to stay awake throughout the nonsense? Find out by checking out this utterly forgettable horror.

What a mess of a movie this is. The unnecessarily complex plot means characters constantly have to stop and explain just what is happening. This happens so often and grinds an already slow moving movie to a complete stop. If your movie is so complicated that you feel this is the only way to properly explain it to the audience, you’re doing something wrong. Even more so when it still makes very little sense.

The haphazard plot is far from the films only problems though as elsewhere we have acting that will cause a fair few cringe moments. Awkward dialogue, terrible reactions to seemingly horrific events, a total lack of the actors actually believing what they are saying… this is not performances for the C.V. 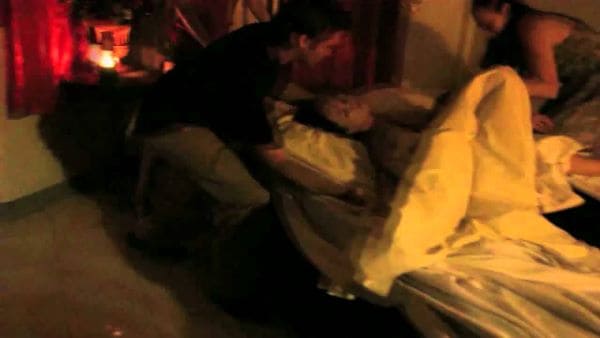 Somehow, if you’re able to get past those issues, the movie is a visual and audio mess filmed in near darkness for massive portions. The lighting that is used might as well not exist and the sound is muddy and unclear far too many times.

If you’ve gotten this far and still want to check out Darkest Night, more power to you. It’s not a good film and to make matters even worse, its Christmas links are so tenuous, they might as well not be there.