Released in 1981, My Bloody Valentine is a slasher horror directed by George Mihalka and written by John Beaird. The movie stars Paul Kelman, Lori Hallier, and Neil Affleck & tells the story of a small mining town gripped with fear over a spate of killings that may have links to the town’s past. 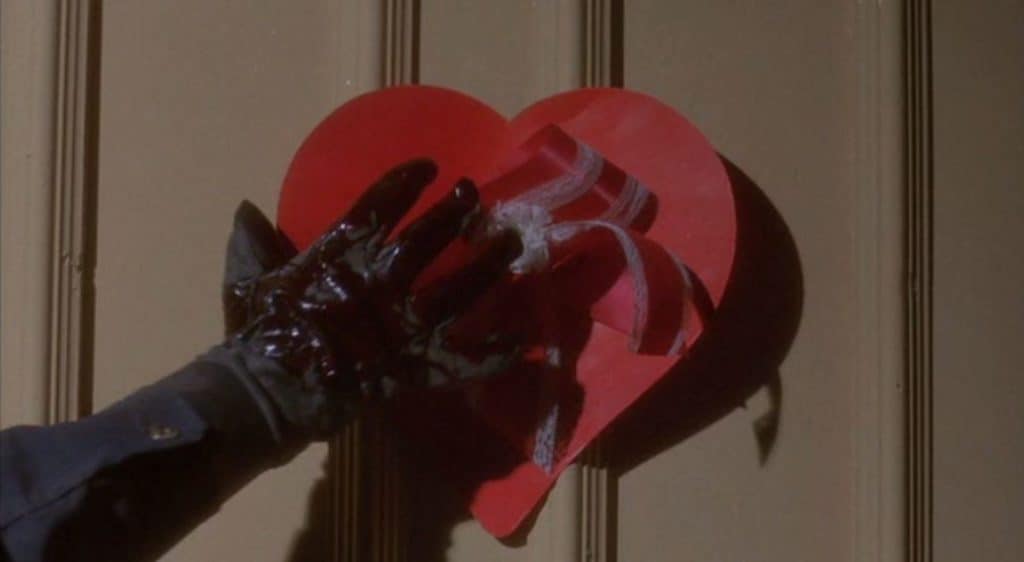 The town of Valentine’s Bluff has re-introduced its annual Valentine’s dance, this after it was cancelled 20 years before. The reason? A tragic mining accident occurred after several people in charge left early to go to the Valentine’s party. This resulted in a group of miners being buried alive & when rescue finally came, one of the trapped miners (Harry Warden) had turned to cannibalism, killing & eating the rest of the miners.

Driven insane by his actions, Harry donned his mining gear (gas mask included) and killed all of those who had been responsible. He was caught & locked up in an asylum but vowed to continue his rampage should the dance ever start up again.

Well, here we are. Twenty years later & it’s time to move forward. That is until the Sherriff of the town receives the ominous Valentine gift of an actual human heart inside a box of chocolates. This alongside a note…warning him that the killings will begin in earnest if the dance goes ahead.

Seems simple enough, right? Just don’t have the dance. Well the youth of Valentine’s Bluff feel different. Soon Harry Warden is on the rampage but is it as straight-forward as it seems?

Much has been made of how badly My Bloody Valentine was treated when first going for a rating. There have been few horror films that got gore & violence cut at as heavily as this film. There are loads of reasons as to why this might have been the case (backlash to Friday the 13th, death of John Lennon are just two) but even now finding a completely uncut version is no easy task.

Why does this matter? Well My Bloody Valentine with all the cut scenes restored is a shockingly violent & bloody movie. The 80’s was a time where horror was filled with visual flair & imaginations were going wild. My Bloody Valentine took the conventional slasher idea, played around with it & let the blood flow.

Simply put, this is a great horror film that holds up almost 40 years later. The cast are fantastic & considering how many characters there are it’s truly a testament to the writing & acting that so many stand out.

The character of Harry Warden is one of the most memorable villains in horror thanks to the mining outfit. It’s a genuinely terrifying look & leaves you guessing in regards to what he might look like now (or if it is even him hidden under the mask).

Filled with tense scenes, super-violent deaths & plenty of young adult sex, it ticks all the right boxes for your classic slasher horror. A thrilling watch, one with a well-paced story & an ending that satisfies completely.

The movie was remade in 2009. You can read our review of My Bloody Valentine 3D here.