The same can’t be said for Bloody Nun. A no-budget ‘horror’ that is every bit as amateurish as you could expect. It’s unfair to put too much expectation on these independent horrors, they shouldn’t be compared to worldwide releases. However, they will be judged for what they give us in return for our money and time. That alone makes Bloody Nun one of the worst horror movies of 2018 even if it tries to play it for laughs.

Written and directed by Will Collazo Jr. who also plays a part in the movie, Bloody Nun is a mess from the moment is starts.

A YouTuber is filming a vlog where he attempts to show that spooky things are happening in his home. Nothing happens. We then jump to a young nun (Jessica Collazo-Thomson) who is singing Ave Maria at a grave. She is interrupted by the arrival of Mr. Shiva (Mark C. Fullhardt) who is looking for an amulet. The nun is insistent that not only does she not have it but the pair would no longer ‘commit sin’ together.

That’s not a pretty image as he is old enough to be her grandfather but hey, we’ve all got our unique tastes. Anyway, her refusal to have sex with him anymore is pointless because he kills her and finds the amulet on her. 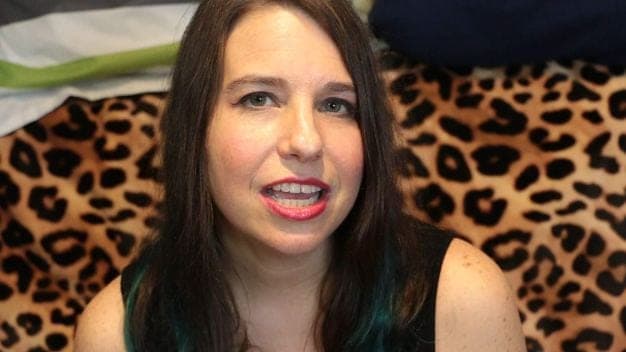 We then jump to an undetermined time later where we meet various ghost hunters. Each decide to take part in a competition to prove that a house is haunted. The prize? One million dollars. Later in the movie we discover the organiser of the competition is Mr. Shiva. He’s trying summon a demonic force of the nun from the beginning of the movie…blah, blah, blah.

You’ve seen it all before but arguably nowhere as bad. It really goes for a goofier and silly take but is just not funny. The worst kind of parody but it does make the characters and dialogue easier to swallow. Of course they’re bad, of course the acting is horrendous. It comes with the territory but it being goofy doesn’t make it any more enjoyable.

It looks awful but the real crime is the sound. When characters shout and scream, it gets so loud that it might blow your speakers out. Such an annoyance as most of the time it’s perfectly fine.