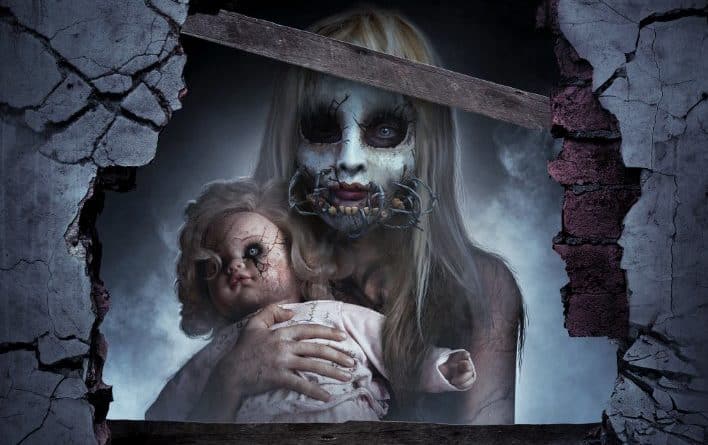 After Claire’s mother dies, she and her husband move back to her childhood home only to have the abusive and traumatic memories of her mother come back and bring unrest into the house. Claire soon finds herself in a fog of past and present when her imaginary friend from childhood, Bethany, begins haunting her memories. What is this terrifying thing that is trying to reach out to her, and what does it want?

Bethany is a horror film from film maker James Cullen Bressack that is scheduled for a theatrical and on demand release on the 7th of April 2017 via Uncork’d Entertainment. It stars Tom Green (Road Trip, Freddie Got Fingered) and Shannen Doherty (Charmed, Beverly Hills 90210) as the “big” name stars but most screen time goes to Stefanie Estes (If Looks Could Kill) who plays Claire and her husband Aaron who is played by Zack Ward (Transformers, Resident Evil Apocalypse). The story was written by James Cullen Bressack and Zack Ward.

Bethany focuses on Claire’s story. From the first minute we see that she has had a rough time of it. The film starts with Claire at her mother’s funeral. We later learn, through flashbacks, that she also gave birth to a stillborn child. That tragic loss also led to Claire trying to take her own life. This fact is also revealed through subtle hints and flashbacks. A short time after the funeral Claire and her husband, Aaron, move into Claire’s childhood home. Instantly Claire feels ill at ease and the story starts to develop. 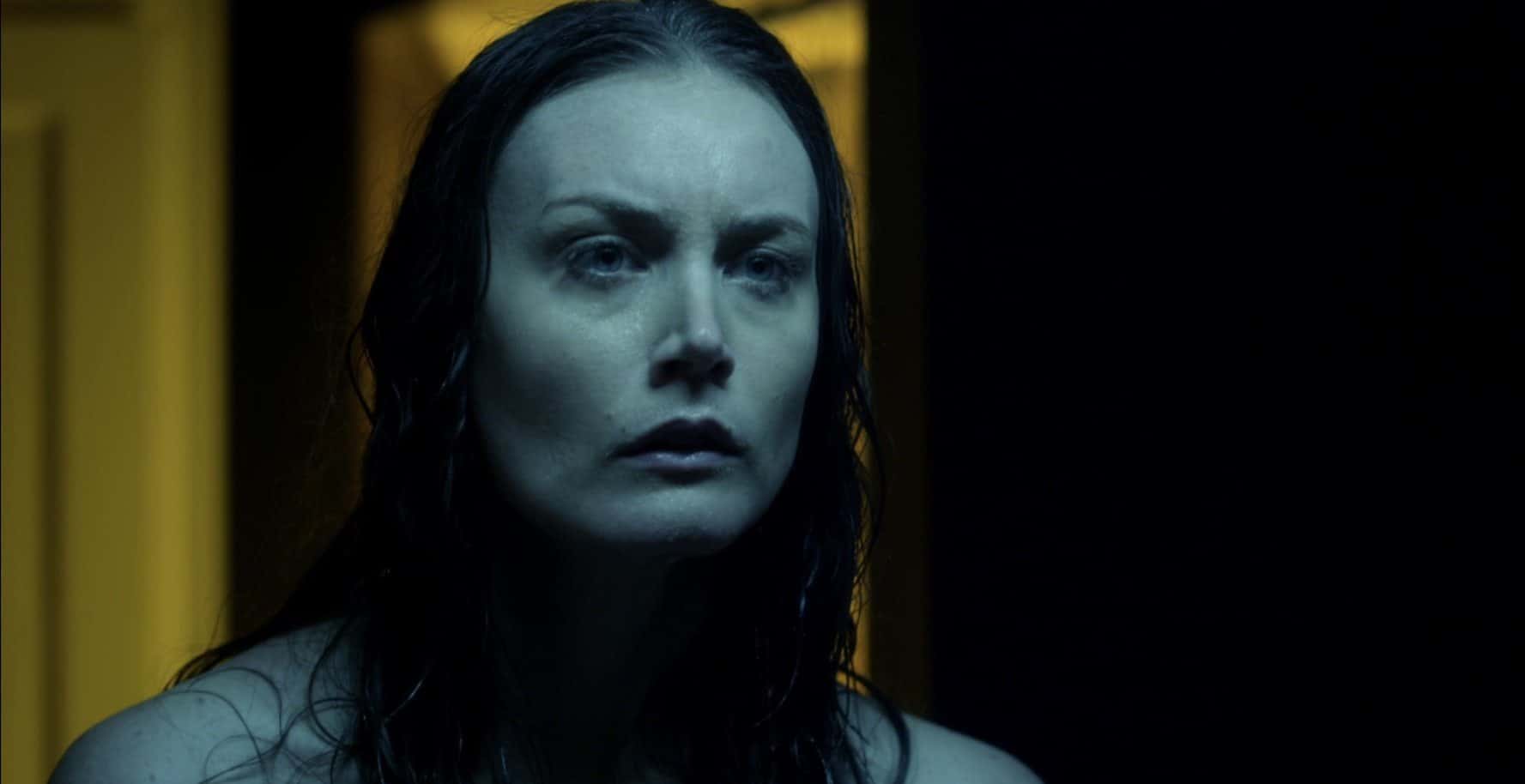 Throughout the film we learn of past events through cleverly placed flashbacks and subtle hints. Very quickly after Claire moves back home, we start to learn about her traumatic childhood through flashbacks. We see a young Claire, played by Anna Harr, being denied a normal childhood by a cruel and obsessive mother (Shannen Doherty) who forces her into child beauty pageants. It reminds me a bit of the movie Carrie as we watch uncomfortably while a mother attempts to force purity and perfection into her daughter.

Young Claire’s miserable existence and lack of friends leads her to create her own. She forms an imaginary friendship with another young girl that she believes lives between the walls. That girl’s name was Bethany. We see her talk to Bethany through the wall, promise that their friendship is everlasting and see a few creepy scenes like handprints pushing out from the wall. While this suggests some form of ghostly goings on, it seems just as likely that we are seeing a projection of Claire’s troubled imagination.

As we skip back and forward from past troubles to present ones, we see grown up Claire start experiencing odd moments in the house. She is desperately unhappy there but financial issues are forcing her and her husband to stay. Claire starts to remember her childhood imaginary friend. After a few moments, like a spoon that keeps moving away from her, a banging noise in the house and a vivid and scary dream/vision in the shower, she becomes convinced that Bethany is still there, is unhappy at her for leaving and is now haunting her. 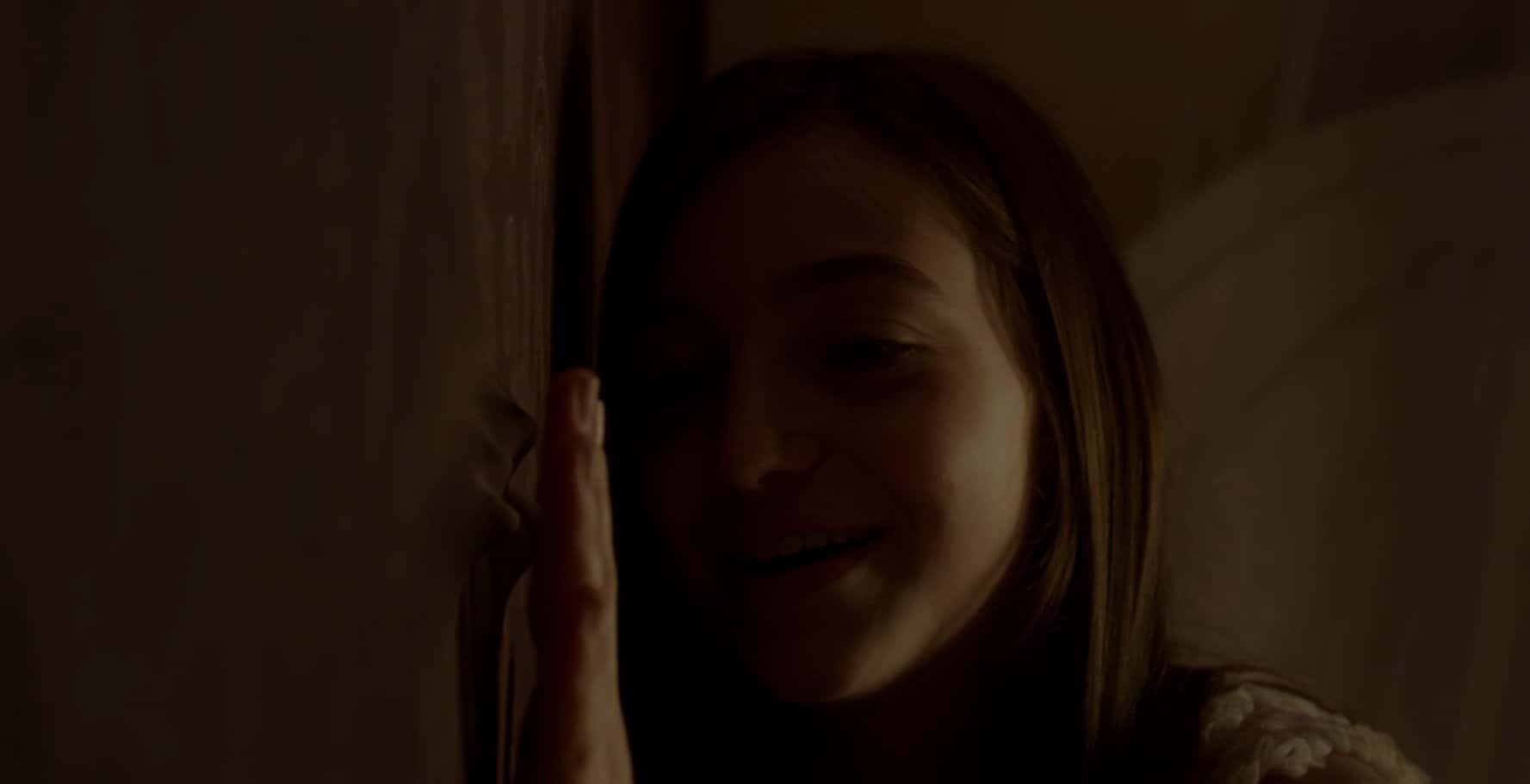 Obviously her husband, generally portrayed as quite caring and considerate, shrugs it off as psychological issues and the trauma of returning home. They seek assistance in dealing with the trauma from her long standing psychiatrist Dr Brown, played by Tom Green, (again hinting at how troubled Claire is) and Aaron even slips some of her medication into a cup of tea to help her sleep. That possibly isn’t the most considerate thing a husband can do though. Drugging your wife is generally frowned upon but I guess it gives a good indication of how desperate Claire is becoming and also how certain Aaron is that she just needs rest and time.

Things take a turn for the worst as Claire ends up thrown down the stairs by, what she believes to be Bethany. Aaron fears that it was another suicide attempt though. As Claire lies in hospital, she finds out that she is pregnant. Aaron is concerned that Claire already new this and threw herself down the stairs because of it. He stays relatively supportive though and brings her back home to keep an eye on her and help her through. Back in the house and Dr Brown turns up, concerned for Claire’s well being. While she prepares dinner for the doctor and her husband, Bethany (or imaginary Bethany) makes an appearance. This time it leaves Claire with horrific knife wounds on her wrists and arms. She tries to explain it was Bethany but now everyone is convinced she is trying to kill herself.

Aaron has her held in a psychiatric ward, reluctantly, to save her and their unborn child and returns home with Dr Brown. We also get more flashbacks showing how desperate Claire’s mother has become and we get a scene where her mother is bathing her arm which has a huge bite wound on it. It means very little at the time but everything at the twisting end.

Dr Brown and Aaron’s time back at the house ends up being a life changing experience and, for the first time in the movie, they also see Bethany. So she is real then? Or are they crazy too? With the realisation that Claire was telling the truth, Aaron retrieves her from the hospital. He is intent on running for the hills, but Claire’s time in hospital has awoken some hidden memories and a disturbing truth. This truth forces her to go back to the house to put an end to this chapter once and for all. Claire and Aaron return to the house for a showdown with Bethany, whoever or whatever she is, and the filmmakers treat us viewers to a fantastic and logical twist that you won’t see coming.

The standout part of this movie is the story and how cleverly it has been written. The twist at the end is great and so well executed. I really did look back on the film afterwards, suddenly being able to put the puzzle together, and kick myself for not seeing it earlier. There are subtle hints throughout but I guess credit has to go to the writers and directors of the film for keeping everything subtle and never resorting to cheap scare tactics.

The film is also paced very well. It is only around 90 minutes long and a lot happens. The pace moves steadily forward throughout and the constant move from scene to scene probably helps to stop you thinking too long on one thing and figuring out the plot. There are some really good acting performances, specifically from Shannen Doherty and Stefanie Estes. Stefanie did a fantastic job of playing the deeply confused wife and helped to pull off the twist fantastically by leaving you confused about what is real or not alongside her. 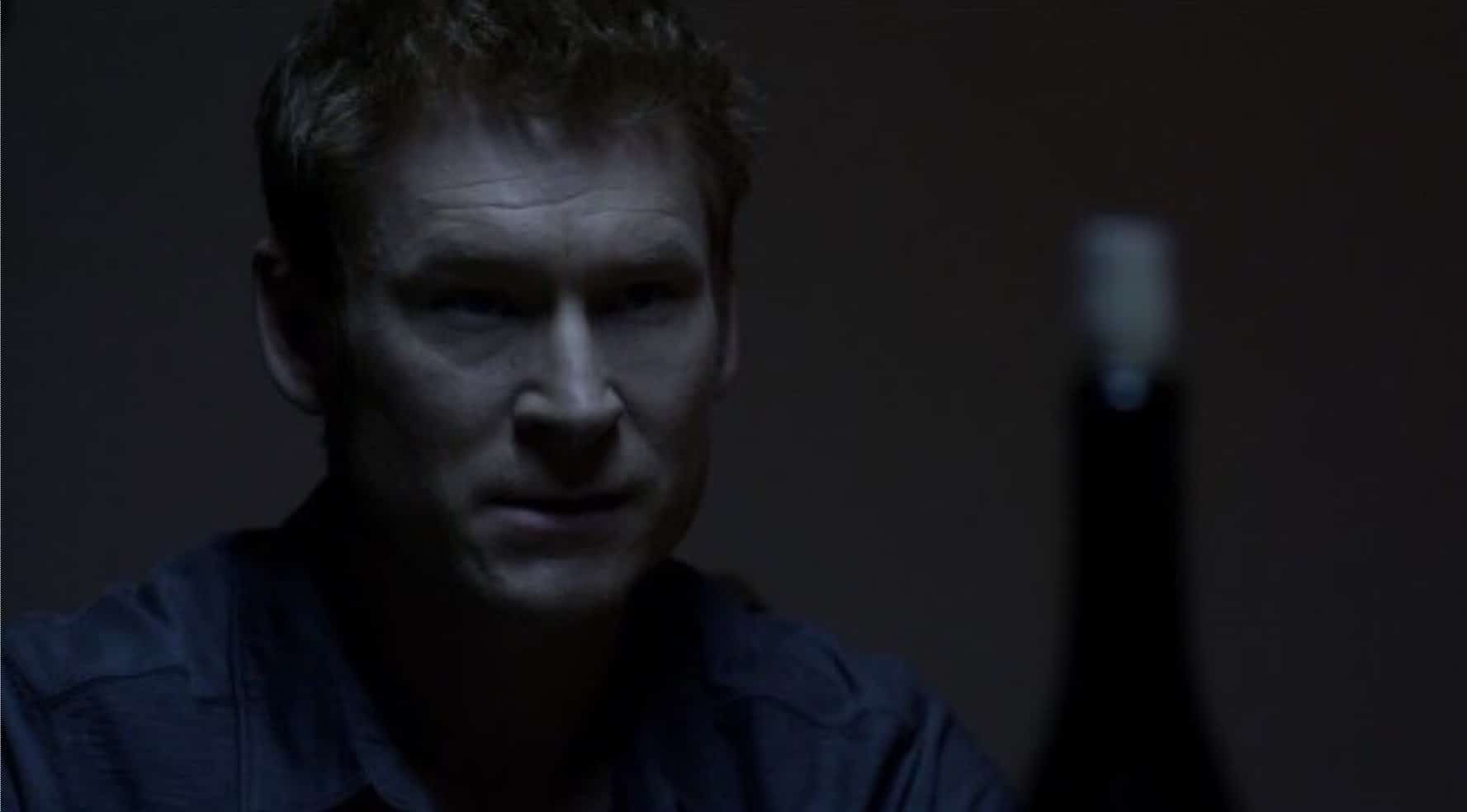 There are a couple parts that I thought were a little at odds with the rest of the film. While I think Zack Ward did a good job, I don’t really understand his character. He was so often portrayed as a kind, considerate and supportive husband but then, every now and then slips drugs in his wife’s tea. He also spends a lot of time telling her to go to sleep and get some rest. In all of these moments he then leaves his deeply troubled wife, who may be trying to kill herself, alone which seems a lot less considerate.

There is also a scene in the hospital where Dr Brown is sitting at a computer and Claire is in a daydream wandering towards him. She is oblivious to it but she slowly needs to amble passed him without being seen. He then knocks his coffee over and spends way to long cleaning it up as she slowly walks passed. He finishes and sits back up, looks over his shoulder and of course she is now out of sight.

The final thing I didn’t care for was the very last seconds of the film when their is a secondary twist thrown in. It doesn’t damage the movie in any way. I just thought it was unnecessary and the film was nicely complete before it. Still, others will love it so it is a personal taste thing.

Those minor complaints are all I have to dislike about it though. Bethany is a very good horror movie that cleverly uses flashbacks for storytelling, subtlety and suspense for it’s scares. It is shot beautifully and there is some great, creepy and atmospheric music within it too from Alex Csillag. Mix all that with some strong acting performances and a well thought out story and you have a film that will resonate with fans of horror where intelligent story telling, not Hollywood jump scares, are preferred.

At just 25 years old, James Cullen Bressack is a talented write and director. I love how Bethany is put together. It is like watching a puzzle unfold in front of your eyes. Piece by piece an overall picture is revealed. It is tense, subtle and interesting to watch. They have assembled a strong cast who do the story justice for the most part and you are kept guessing right until the end. It is definitely worth a watch. A few minor bugs for me personally haven’t detracted from a clever story that kept me guessing right until the very end.